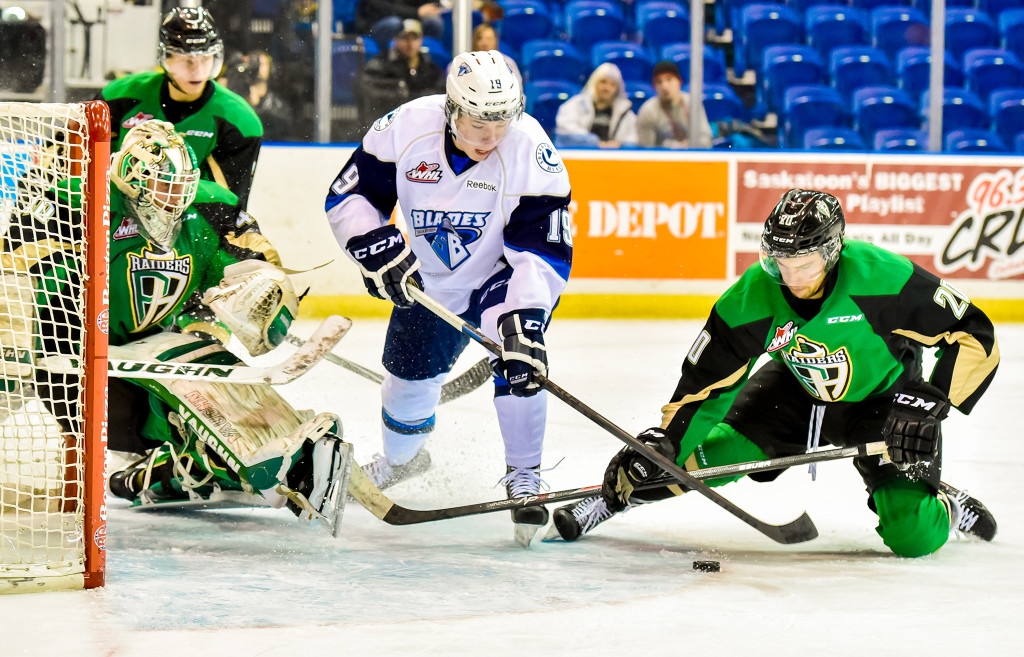 The Blades head to Prince Albert to take on the Raiders for the final time this year – and they know it’ll be a challenge.

“We thumped them pretty good last time out, on national TV,” said Coach and GM Bob Woods. “They’ll be upset and ready to go.”

The Blades are on an incredible hot streak – five straight wins, and undefeated since the trade deadline.

“We feel great,” said Garrett Armour, who scored his first career WHL goal in Sundays 3-0 win over the Raiders. “It’s always a big game when you play PA, and with the streak we’re on, we want to keep it going. We’re thinking big, thinking playoffs, and we need to keep winning.”

Prince Albert is marketing the game as “Bash The Blades,” offering tickets for $5 as they host their number one rivals. Armour laughs at the idea.

“Bash us? After we beat them three straight times. Well whatever fills the barn I guess. We’re looking forward to coming in and ruining their night.”

Armour also encourages Blades fans to make the short one hour drive to Prince Albert to see the Blades take on their rivals.

“It should be good, as I said, we’re playing well, we’re confident, and we want to keep this thing going, we want six in a row.”