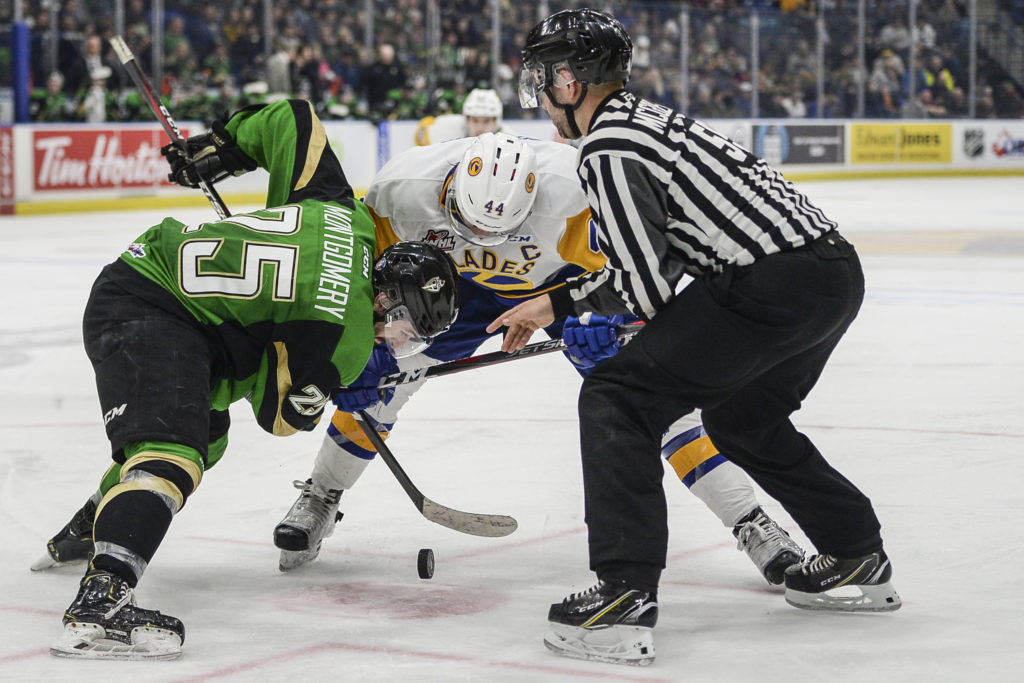 Saskatoon, Sask. — The Western Hockey League announced the opening game for the 2019 regular season on Monday morning which sees the Saskatoon Blades playing host to the Prince Albert Raiders at 7:00pm on Saturday, September 21st, at SaskTel Centre.

The heated rivalry will pick up right where it left off after the eventual WHL Champion Raiders eliminated the Blades in the second round of the 2019 playoffs. The two rivals will open the regular season schedule the night before, on Friday, in Prince Albert. Stay tuned for details surrounding the Saskatoon Blades’ 2019 home opener.

The full 2019-20 regular season schedule will be announced on Wednesday.