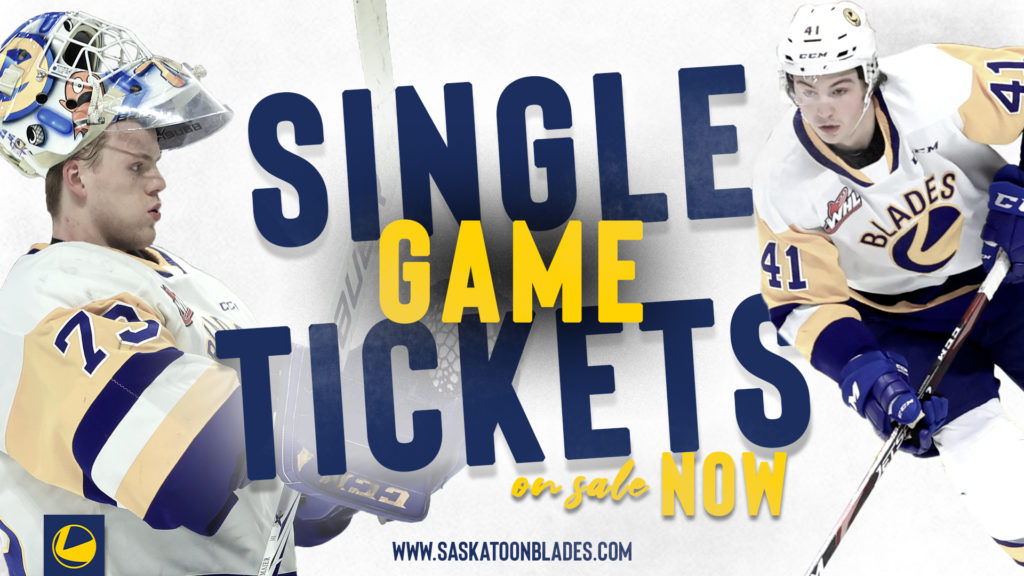 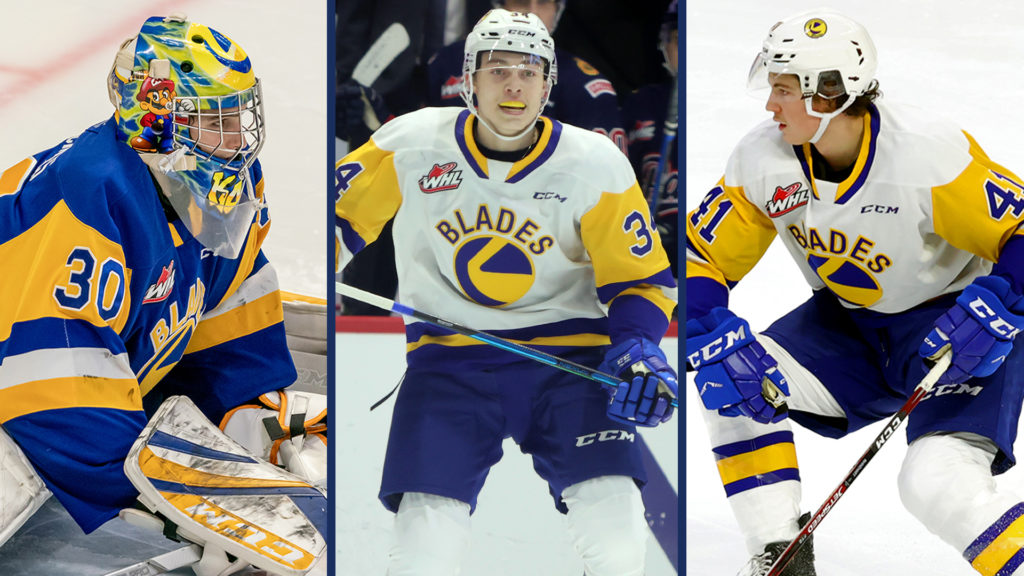 Tonight at 6:00 p.m. MT, all eyes will be on the teams who will take the podium and make their selection in the 1st round of the 2021 NHL Entry Draft. Rounds 2-7 will take place tomorrow, beginning at 9:00 a.m. MT. Once again, the entry draft will be held from a remote location and selected virtually.

As is the case most years, there are a few members of the Saskatoon Blades who could hear their name called.

Let’s take a look at three draft-eligible players who have all had breakout performances wearing the Pacman logo, and have a real chance at becoming NHL property by the end of the weekend. 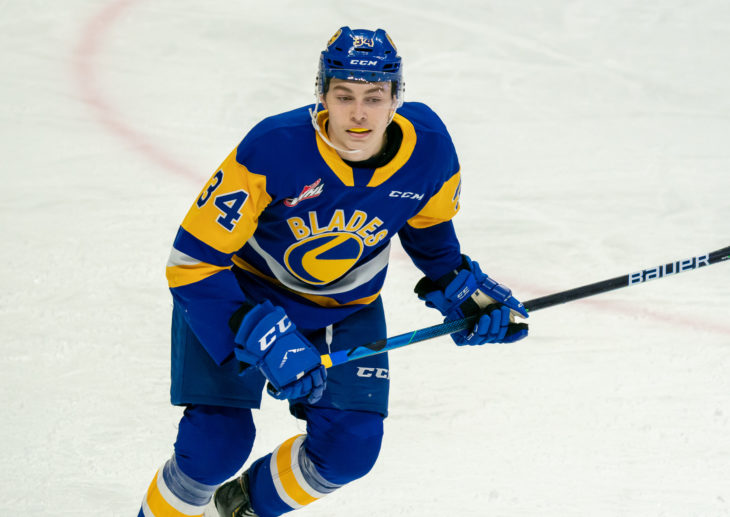 While many players balked at the chance to shine in a COVID-hindered season, the Saskatoon Blades former 1st round pick did the complete opposite.

Dach led the Blades with 11 goals and piled up 20 points in 20 games — earning the Fort Saskatchewan, AB a ranking of 19th in NHL Central Scouting’s final standings among North American skaters. This includes five multi-point efforts, along with a season-high four points against Moose Jaw in the second last game of the season.

This speaks volumes to the 6-foot-3, 205-pound winger’s development and compete-level in a bubble-constricted campaign, improving from a ‘C’ rating by NHL scouting brass heading into the year.

You can’t hide the fact Colton’s last name has an immediate connection to the NHL, and isn’t hurting his case in being drafted this year. His older brother (and former Blades phenom) Kirby has become one of the Chicago Blackhawks’ most prized possessions.

On Friday, The Players Tribune released a touching video from Kirby’s perspective, flipping through childhood photos of the two, and relaying a message of thanks and well-wishes as his younger brother enters the draft.

Can’t wait to see your NHL dreams come true, Colton. Take it all in this weekend!! @PlayersTribune pic.twitter.com/roYRP06ywo 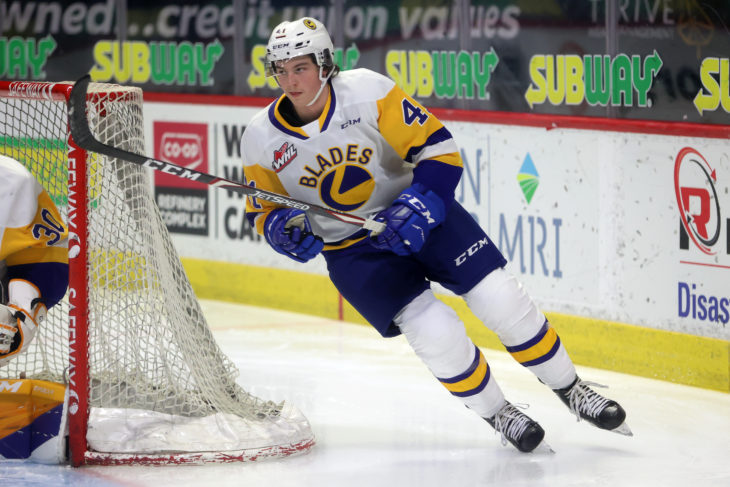 Arguably one of the most complete defencemen in the WHL entering the NHL Draft, Rhett Rhinehart is also coming off a breakout campaign in the bubble, notching five goals and 11 assists in 21 games.

This includes netting his first career hat-trick on April 15th, part of a career-high four-point performance, against the Regina Pats.

When in doubt, just do it yourself, hey @Rhinehart16 pic.twitter.com/HATpTTQ5JW

Born and raised in Lloydminster, AB, the 19-year-old is eligible to be drafted for the second year. Rhinehart entered last season ranked 151st among North American skaters by NHL Central Scouting. If he goes unpicked for a second straight year, you can almost count on him receiving an invite to an NHL rookie camp later this summer.

Let’s take a moment to break down some numbers. There are 64 jobs in the NHL for goaltenders, half of which are predominantly spent sitting on the bench. There are hundreds of young goaltenders across North America and Europe who are playing top-level junior hockey, hoping to hear their name called by an NHL team this weekend.

Koen is one of them, and he’s darn good at stopping pucks and earning victories for the Blades, considering his career record of 18-7-2-0.

The odds are monumentally stacked against any netminder who is eligible to be selected. This isn’t to say MacInnes won’t be drafted, but many teams will traditionally reserve their selections for skaters, and hand out camp invites to goaltenders.

That said, the Burnaby, BC product has developed into one of the most reliable twine-guarders in the WHL, and his numbers tell a similar story.

In seven starts, MacInnes backstopped the squad to a 4-2-1-0 record with a 0.912 save percentage and 2.57 goals-against average. This earned him a placing on NHL Central Scouting’s final rankings, proving he’s raised a few eyebrows among NHL brass.

Like Rhinehart, Koen is entering the draft for the second straight year after going unselected last summer. 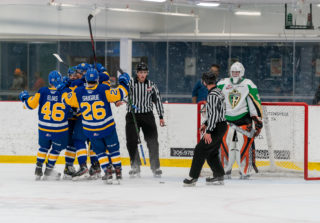 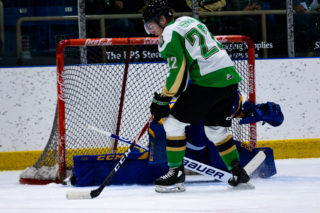 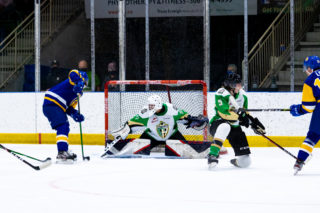 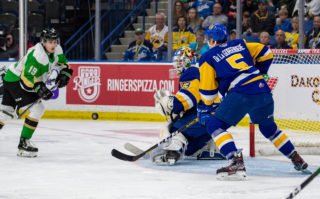 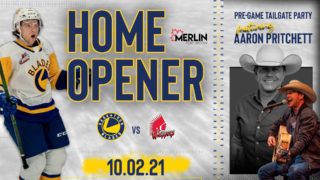 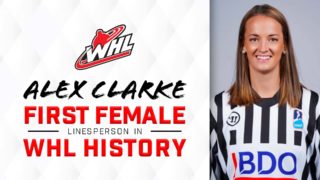