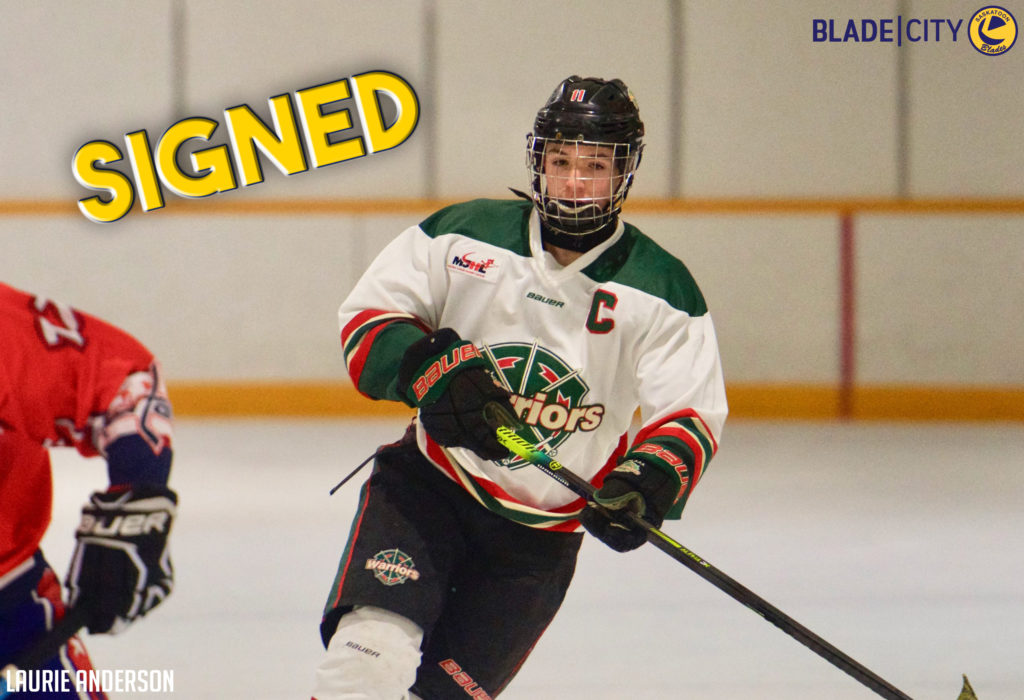 Saskatoon, SK – The Saskatoon Blades are proud to announce 2020 draft pick Lukas Hansen has committed to Blade City in signing a WHL Standard Player Agreement. Selected in the 2nd round (28th overall) Hansen will be eligible to compete for a full-time roster position ahead of the 2021-22 regular season.

“Lukas possesses a desirable level of skill and pace, and augments his on-ice presence through his competitiveness, attention to detail, awareness and discipline,” director of scouting Dan Tencer said about the 15-year-old. “We really think highly of the type of impact he’ll have for us in the future and are excited to welcome Lukas and his family to Saskatoon.”

“He’s a pretty special player and person,” added Tencer. “On top of being a textbook example of a two-way centerman, he is also a natural leader with a strong internal drive and willingness to succeed. As the year went on, we saw Lukas shoulder a lot of responsibility in all different phases of the game for his team and consistently perform at an elite level in each of those phases.”

Hansen is recognized as one of the top two-way forwards in Manitoba’s major bantam scene, using his large frame to compliment his natural hockey sense and play-making abilities.

Hansen is the second player selected in the 2020 WHL Bantam Draft to put pen to paper with the Blades, following fifth-overall pick Tanner Molendyk. Fans will get their first glimpse of both players in Blades gear this September, when Hansen and Molendyk hit the ice for training camp.

The Saskatoon Blades would like to welcome Lukas and the Hansen family to Blade City, and look forward to helping him develop as a player and citizen in our community. 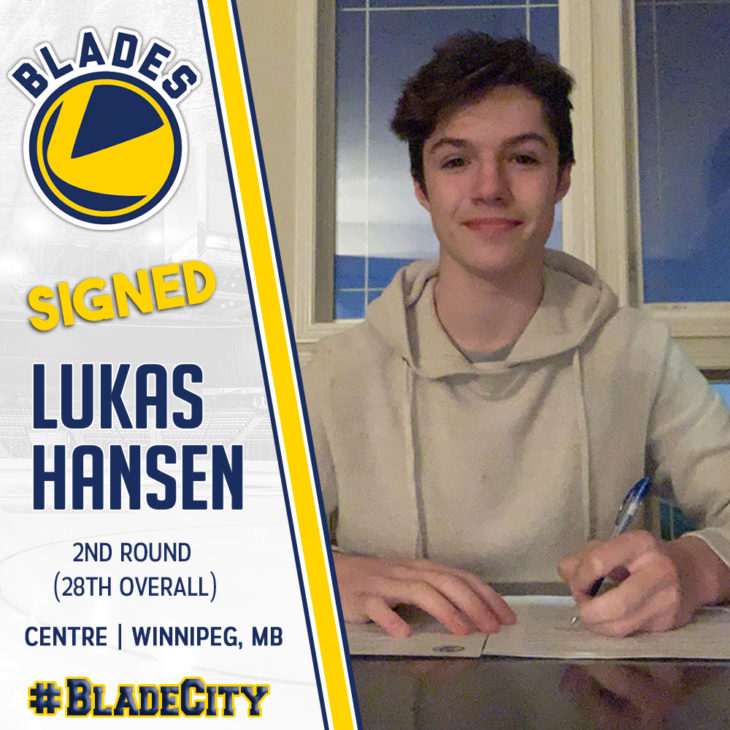