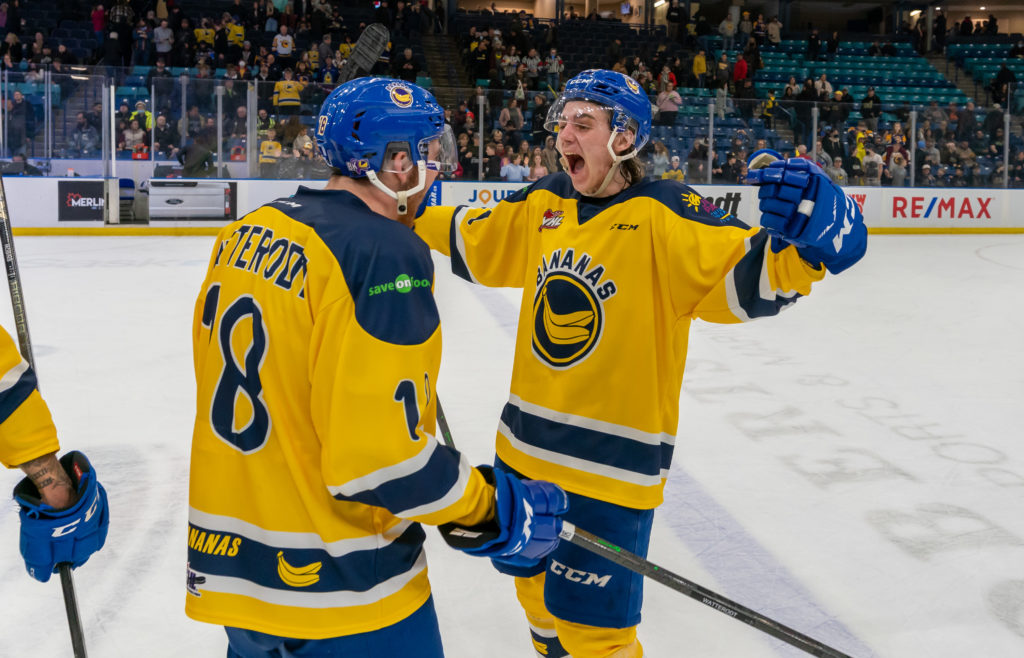 The Bananas look to peel away back-to-back losses, ripened with hunger to return to the win column.

Their most recent setback came in a back-to-back against the Moose Jaw Warriors, falling 3-1 on the road Tuesday and 5-4 in overtime at home Wednesday.

Winger Egor Sidorov opened the scoring in the most recent contest, followed up by two goals from forward Conner Roulette, and a third period marker from alternate captain Trevor Wong.

The Banana City Bunch are the only “undefeated” team in WHL history, going 1-0 after defeating the Warriors on Apr. 1st last year 4-1.

Saskatoon sits third in the East Division behind the second-place Warriors, although have the same amount of points with four games in-hand. 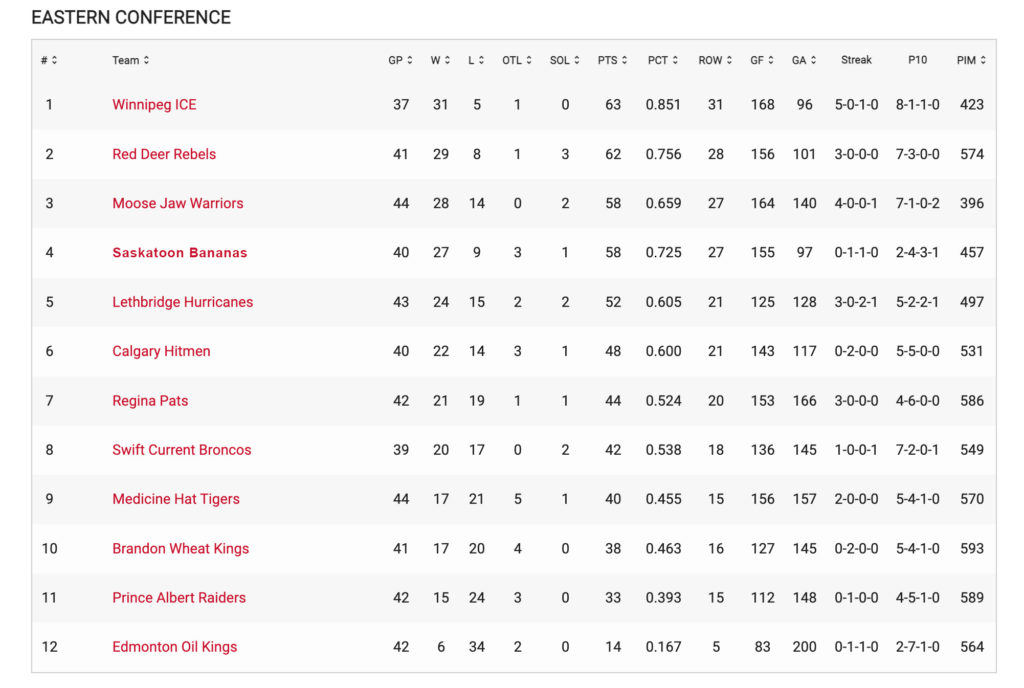 Vitebsk, Belarus’s own Sidorov is putting any puck he touches into the back of the net. The NHL draft-eligible winger is on a four-game goal streak with six total during that stretch. In his last seven games, the 6-foot sniper has eight goals, leading the team with 24 in 29 games this season. A baby banana last year, the second-year banana scored twice in the clubs first debut last Apr.

Sidorov sets up the play, only to finish it off himself 🚨

Four straight with a goal for Sidorov 🔥 @NHL pic.twitter.com/r1zfwFC8xU

19-year-old Wong clutched-up Wednesday scoring the game-tying tally in the third period to force overtime. The Vancouver, BC. product has a team-leading 54 points and is riding a four-game point streak with eight during that time. Wong plays on a line with Sidorov, and their chemistry is something to behold this year in the WHL.

When you look up clutch on google, this is what comes up 🔥

Wong slams home the rebound for his 16th of the year!🚨 pic.twitter.com/d4wDHKU3QY

Dallas Stars prospect Conner Roulette is fitting in well in Banana City. The Winnipeg, MB. native has 40 points in 36 games, and scored two goals in Wednesday’s defeat. Roulette’s ability to strip and stay hard on the puck is frustrating to opposing team’s back-ends, making him on of the Bananas’ greatest threats. 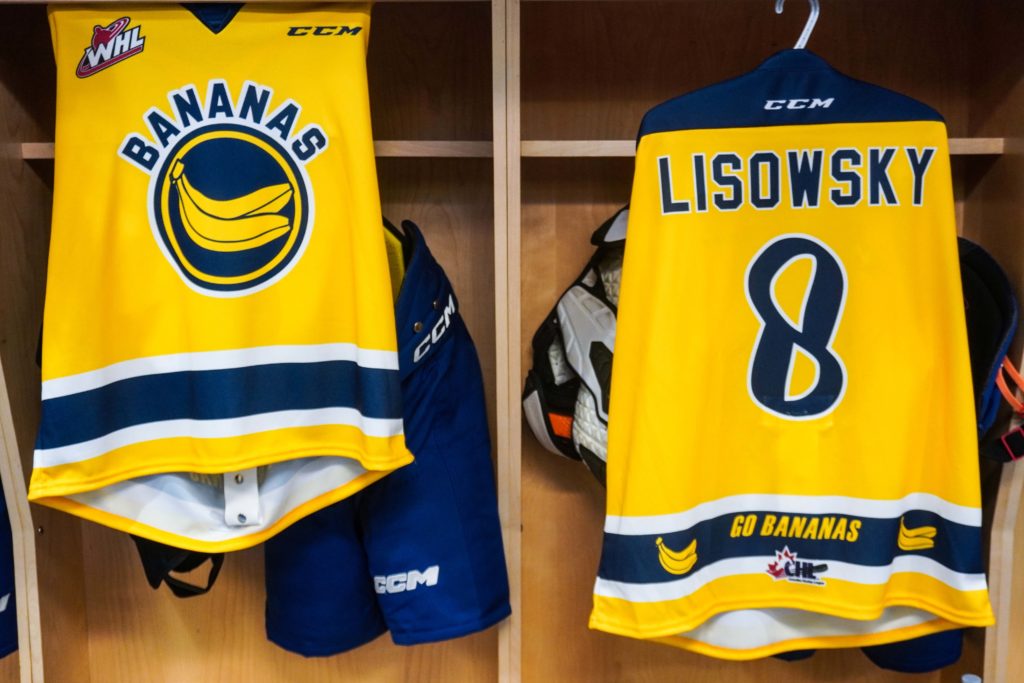