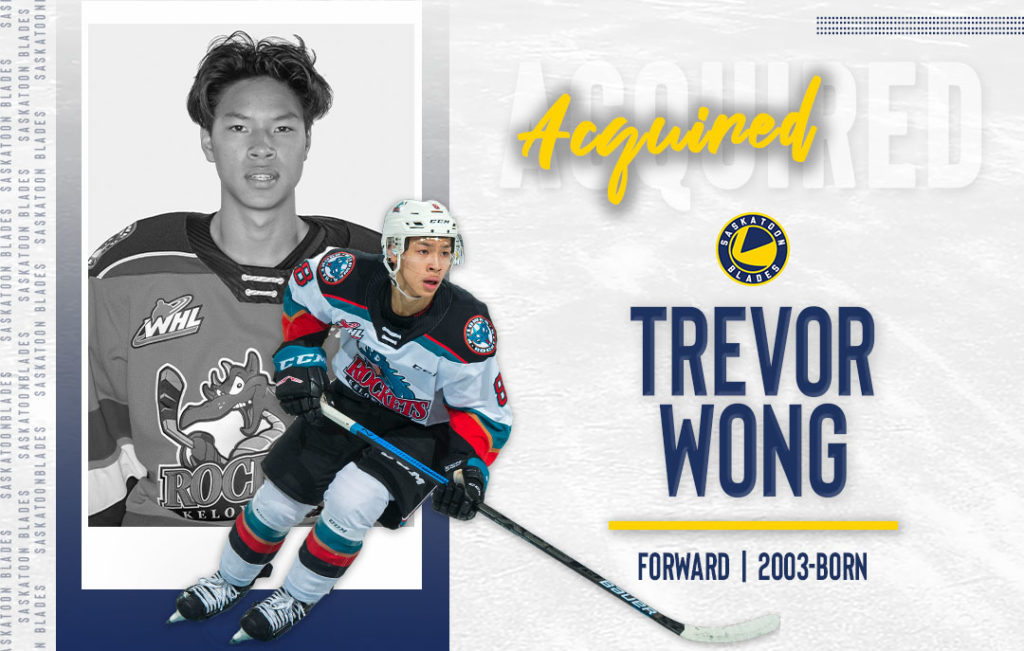 Trevor Wong was selected by Kelowna 18th overall in the 2018 WHL Bantam Draft, and has consistently improved on his numbers season over season. In a COVID-rendered 2021 campaign, the Vancouver, BC, native led the Rockets with 16 points (6G-10A) in 16 games, vastly improving from his 14 points (6G-8A) in 58 games in his 16-year-old rookie campaign. This includes a four-goal outing against Prince George on March 28th.

“I owed it to our talented, committed group of core players to make the right deal to improve our team,” commented Blades president & general manager, Colin Priestner. “Trevor was one of the most dynamic bantam players I have scouted in my nine years with the Blades. He’s someone that you normally would never be able to acquire in a trade because he’s so talented and so well-regarded around the league, but this trade appears to be a good fit for both sides. Trevor led the Rockets in scoring last season with a point-per-game and he is going to add a lot of speed and skill to our centre ice position that will complement our skilled wingers.” 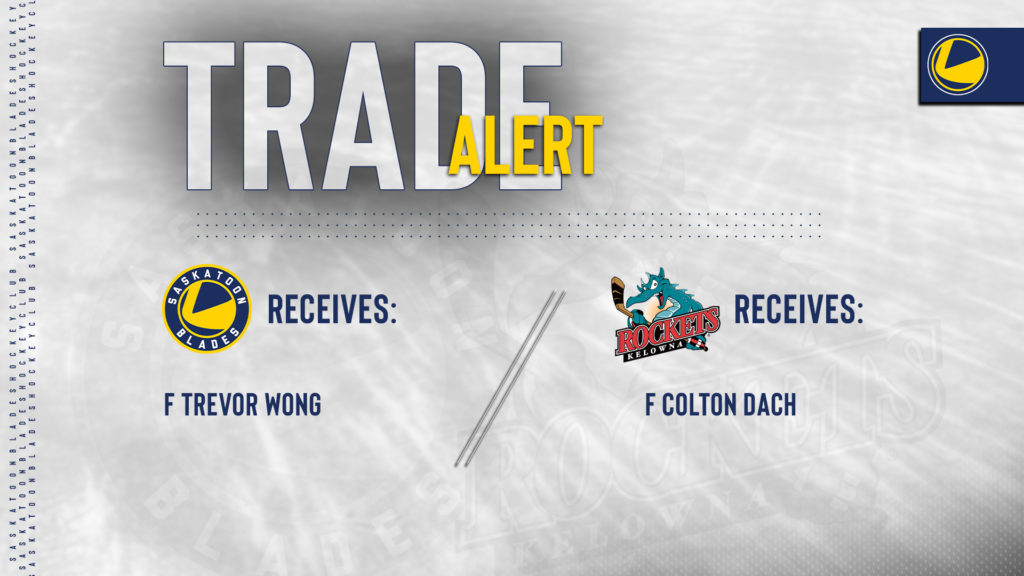 Priestner also commented on how the trade was initiated earlier in the summer.

“This was not an easy trade to make,” said Priestner. “Colton was a first round pick of ours and we were looking forward to seeing him continue to develop, however the day after the NHL draft, Colton’s representative requested a trade. We remained patient in our discussions on Colton’s future, and were not going to agree on a trade until we received an equal or better player of the same age coming back to our club. Trevor is certainly that level of player.”

Wong is expected to arrive in Saskatoon in the coming days and will make his Blades debut in this weekend’s home and home series against Moose Jaw to start the 2021-22 regular season.

“We are very happy to put this deal behind us and go forward with our group into opening night in Moose Jaw, where Trevor’s dad Eddie is from,” added Priestner. “Trevor is going to be a fan-favourite from day one with his style of play and we feel we are a better team today than we were yesterday.”

“We want to wish Colton all the best in Kelowna and I sincerely hope he has a great second half to his junior career playing for a storied WHL franchise,” continued Priestner.