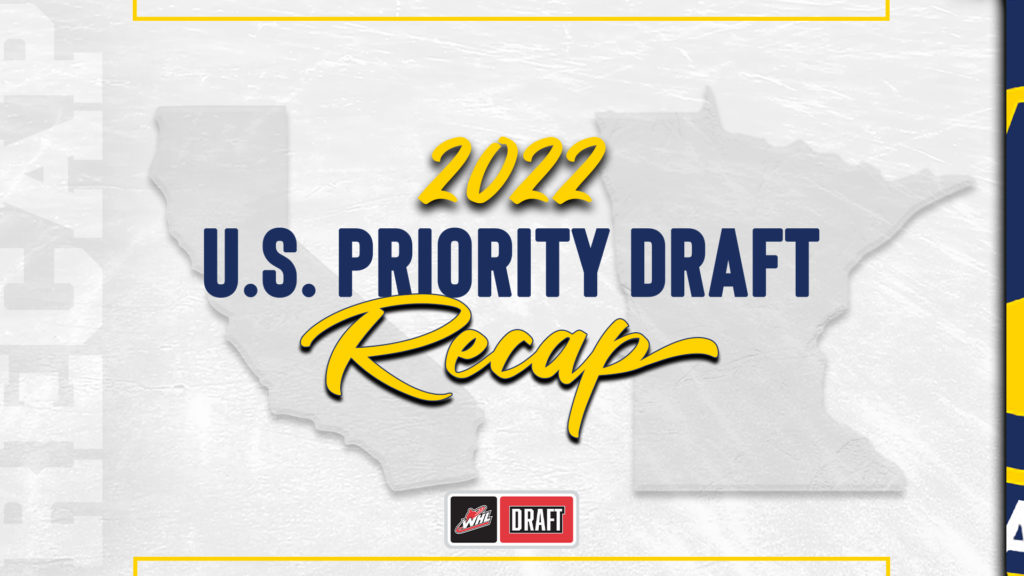 Saskatoon, SK – The Saskatoon Blades are pleased to welcome Trace Frieden and William Belle to the organization following the 2022 WHL U.S. Priority Draft.

Trace Frieden, a forward originally from Los Angeles, California, was taken with the 19th overall pick. This past season, Frieden dressed in 29 games for the St. George’s School of the Canadian Sport School Hockey League where he scored 14 goals, 25 assists, and 66 penalty minutes.

“Trace is a skilled player who also plays with a lot of grit and sandpaper,” said Blades director of scouting Dan Tencer. “We project him to continue to grow physically to be a significant sized player. We think he’s just scratching the surface and like the upside of his game a lot and look forward to getting him into Saskatoon for training camp and building the relationship with Trace and his family.”

Having played in the prestigious Brick Invitational tournament during the 2016-17 season and spending this year in the CSSHL, Frieden is no stranger to playing north of the border. “He’s already playing in Canada at St George’s academy in BC,” explained Tencer. “Todd Harkins, a long-time WHL scout and GM, is the head of hockey there and he gave this young man a tremendous recommendation.”

The Blades then moved east for the second pick in the draft taking William Belle who hails from Minnetonka, Minnesota. Already standing at 6’2″ and 194lbs, Belle checks in as the tallest player selected in the US Priority Draft. The right-shot forward also put up big numbers this season while plying his trade at Shattuck St.Mary’s– the same school that boasts an alumni of Sidney Crosby, Jonathan Toews, and Zach Parise. In 49 contests, Belle put up 31 goals and 32 helpers.

“He’s got tremendous size and power in his game. He plays a very physical style that creates open ice for himself and his teammates,” commented Tencer. “On top of that, he’s got more than reasonable skill level and finish ability and can play an impact role in the top 6 of a great team. He’s a player that is easy to project as having pro potential and we look forward to following his development as he works towards that goal.”

Saskatoon’s scouting staff will now turn their attention to the 2022 WHL Prospects Draft which gets underway tomorrow morning at 10:00 a.m., with the pre-show starting at 9:30 a.m. on WHL Live. Fans can tune in for free to the pre-show and first round. The Blades currently hold the 13th overall pick in the first round and picks 35 and 41 in the second round.