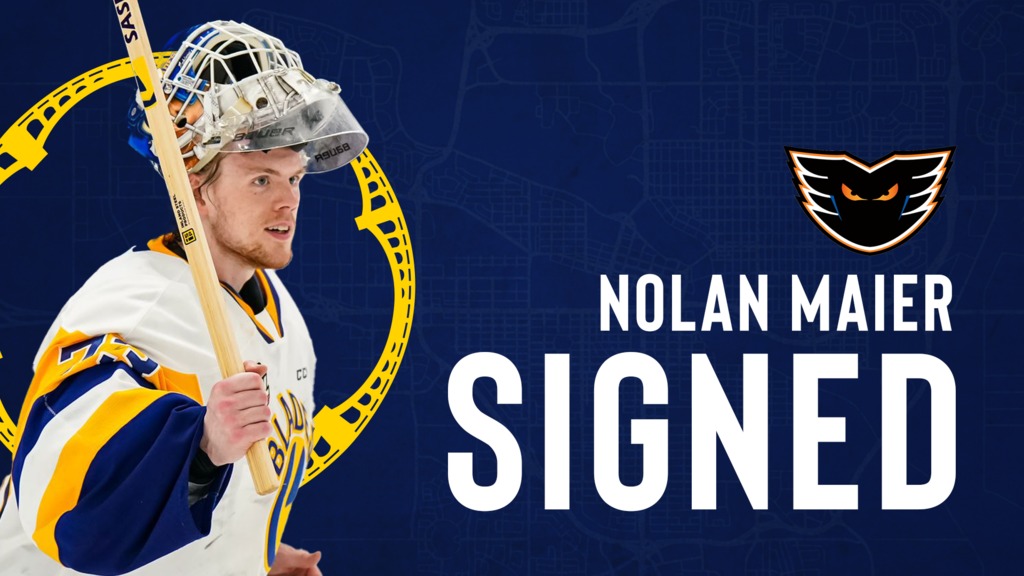 Saskatoon, SK – Saskatoon Blades Alumni and multiple record holder Nolan Maier has found a home at the next stage in his career. Lehigh Valley Phantoms have announced today that they have signed the former Blade to a one-year two-way AHL contract.

Maier was the starter in Blade City from the 2017-18 WHL season all the way until the end of last season when he graduated from the WHL. The goalie holds multiple records with the club which include:

The goalie represented Team Canada in the Hlinka Gretzky Cup in 2018-19 and played four games for the red and white, earning a Gold Medal with Canada.

The Saskatoon Blades would like to wish Nolan all the best this season with the Phantoms.