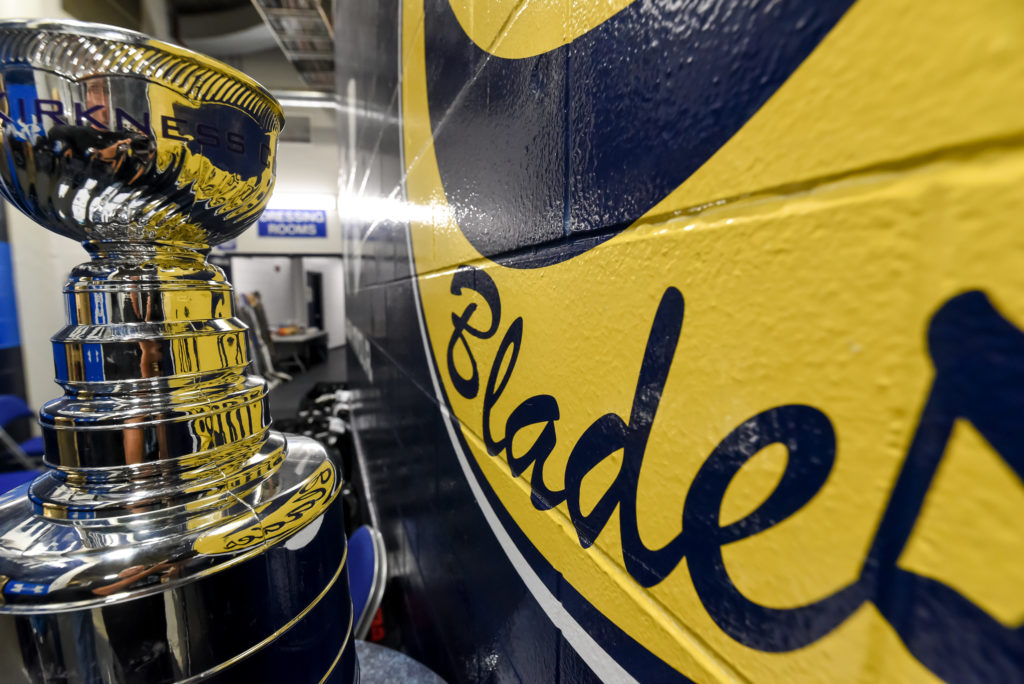 Saskatoon, SASK – The Saskatoon Blades’ 2019 Training Camp is set to begin at 12:00pm on Sunday the 25th of August. Camp will open with registration, measurements & photos at the Elite PROformance Centre in Saskatoon, followed by fitness testings.

The camp will then move to SaskTel Centre for Monday August 26th and Tuesday August 27th, with fans invited to view the 2019 Edition of the Blades’ Pre-season Tournament, the Kirkness Cup.

All players attending camp will be split into four teams, each named after Blades’ Alumnus Braden Holtby, Wendel Clark, Glen Gulutzan, and Todd McLellan. The four teams will then do battle for the 4th annual Kirkness Cup.

The tournament opens at SaskTel Centre on Monday morning with Team Holtby vs Team Clark on the ice at 10:30am and closes with the final being played at 4:00pm on Tuesday evening.

The Kirkness Cup is named after long-time Blades dressing room attendant, Bobby Kirkness, who was forced into stepping away from the club in 2016 after being diagnosed with leukemia. Kirkness defeated the disease after stem cell treatment and was able to return to the rink for training camp in 2016 and the inaugural Kirkness Cup.

The Saskatoon Blades’ first Coaching Clinic session of the season, led by Mitch Love, Ryan Marsh, and Ryan Keller, is on September 7th. Click here for details of the event and how to register!