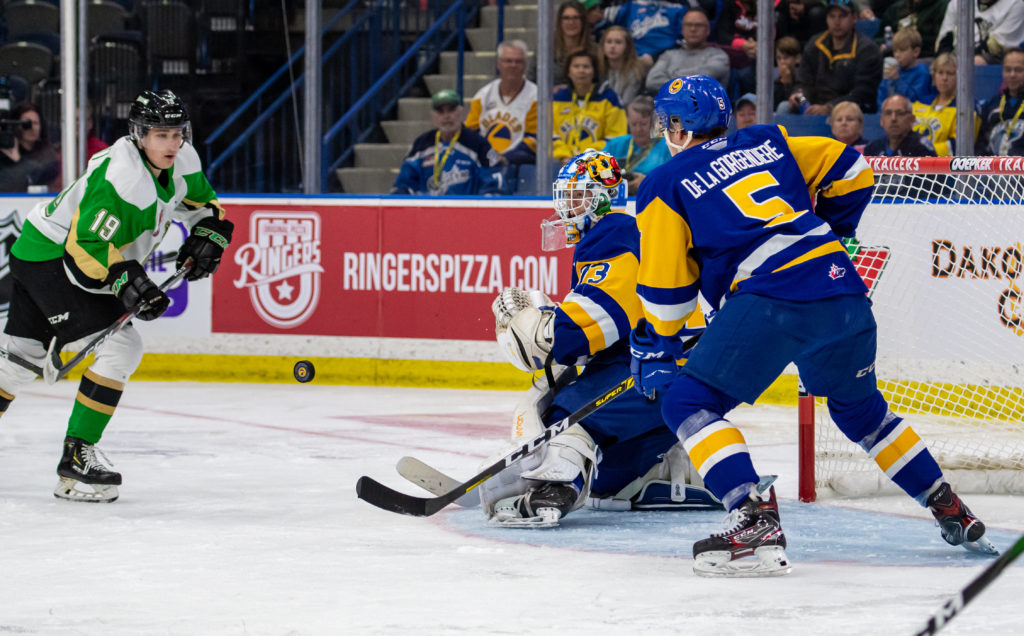 No matter the time of year or what’s at stake, the classic Highway 11 Rivalry never disappoints.

The Saskatoon Blades and Prince Albert Raiders have held hate towards each other aging decades, regardless of whether they’re battling in the playoffs, or sinking their teeth into each other in exhibition play.

This weekend, the two rivals will line up against one another for a home-and-home series to close out WHL preseason play — first clashing at the Art Hauser Centre on Friday (7:00pm) before dropping the puck at the Legends Centre in Warman on Saturday (7:00pm).

Saskatoon Blades second-round import selection Moritz Elias will make his preseason debut Friday night in Prince Albert. The German forward arrived in Saskatoon after a days worth of travel late Sunday night, and skated in his first practice the next morning. The 2004-born sniper, who spent last season in Germany’s top professional league, will suit up on a line with Evan Patrician and Hayden Smith.

Veteran netminder Nolan Maier will tend the twine Friday night in Prince Albert — his first exhibition start of the season. The 2001-born goalie relieved rookie Ethan Chadwick to start the third period last Saturday, and stopped all five shots faced from the Edmonton Oil Kings in a 7-3 setback. Chadwick will back up Maier.

Right-winger Brendan Lee began his Blades career with a bang last Friday, notching a goal and an assist in Saskatoon’s 4-3 victory over the Edmonton Oil Kings, earning the game’s first star. He’ll start the game on a line with Kyle Crnkovic at centre and Brandon Lisowsky on left wing.

For the first time in nearly 600 days, fans will get to witness the Highway 11 Rivalry unfold before them. The Art Hauser Centre is allowing fans to attend to watch Friday’s contest, along with Saturday’s game in Warman. Masks are required at all times in both facilities.

Fans are encouraged to pick up tickets ahead of time for Saturday’s game, and can do so by stopping into the Blades Business Office or the Legends Centre. Tickets are $10 each with all proceeds going towards Warman Minor Hockey! 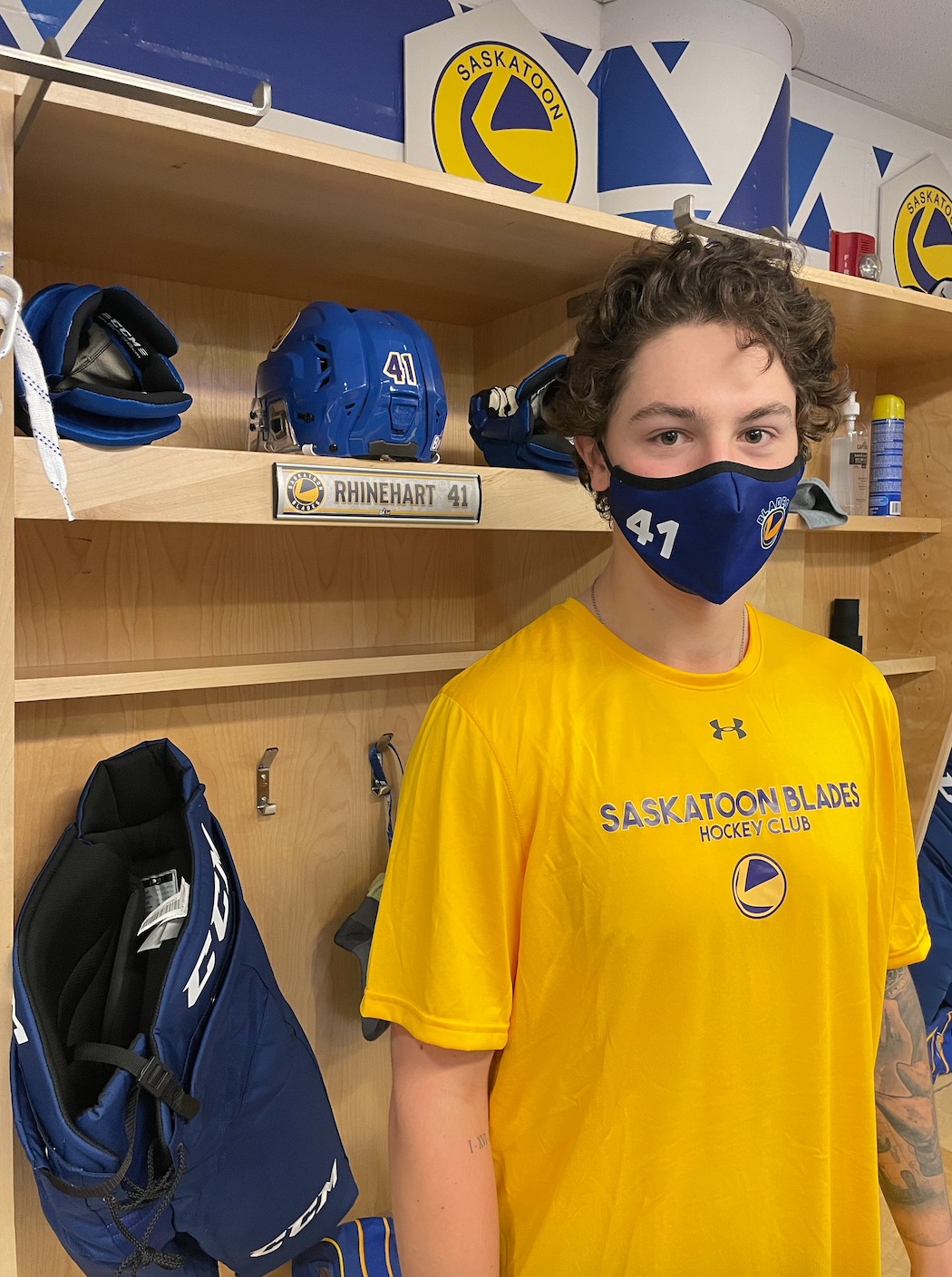 Defenceman Rhett Rhinehart has been returned to the Saskatoon Blades after skating with the Colorado Avalanche rookie squad. Watch for the 6-foot-4, 223-pound blueliner to make his preseason debut Saturday night in Warman!

Psst… 1st round import pick Yegor Sidorov has also arrived in Saskatoon. We’ll have more on the Belarusian’s debut in the coming days.

2021-22 season ticket memberships are now on sale for as low as $17 per game for adults, and $5 for children. Single-game tickets are also now on sale, and can be found HERE for purchase.

Be sure to contact one of our ticket associates by calling/texting (306) 975-8844, or shoot us an email at info@saskatoonblades.com.