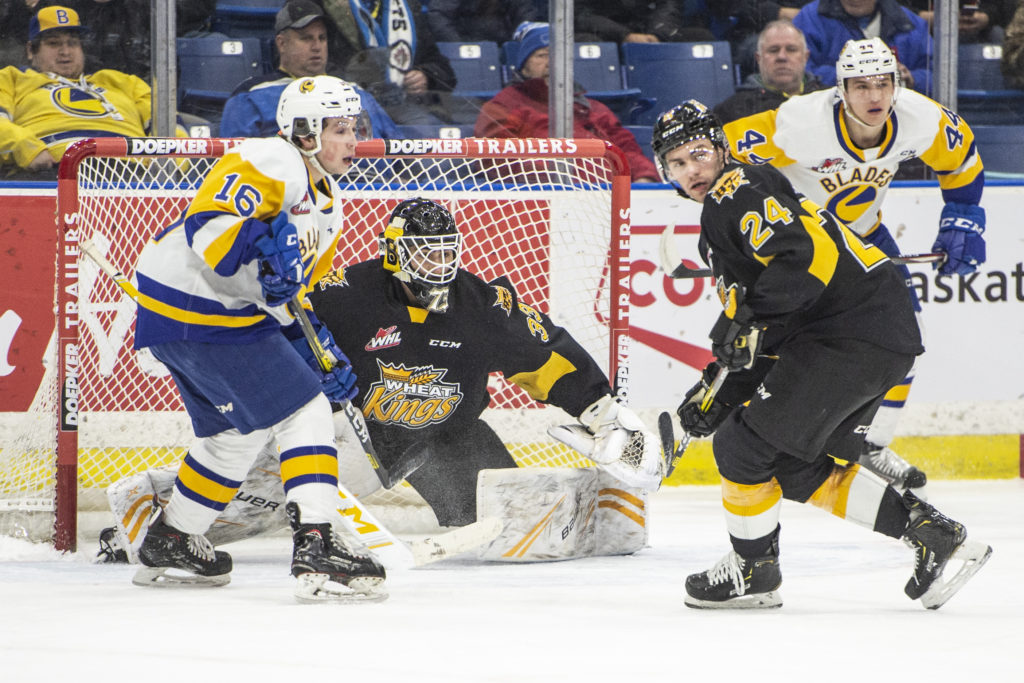 Brandon, MB — The Saskatoon Blades dropped a 4-2 decision on the road Friday night in Brandon against the Wheat Kings despite outshooting the home side 38-30.

The Wheat Kings jumped out to a 3-0 lead after the first period which ultimately was enough to fend off the Blades who made a charge in the final 40 minutes.

Kyle Crnkovic got on the board first for Saskatoon 5:05 into the second period with a quick wrist shot over the short-side shoulder of Jiri Patera for his 15th goal of the season.

Kyle Crnkovic rips it high and short on Patera for his 15th.

Later in the frame, Brandon had a chance to regain their three goal lead as Cole Reinhardt was awarded a penalty shot. Nolan Maier was there to make the save; his third penalty shot save against the Wheat Kings this season.

Then Zach Huber pounced a loose puck in the high slot to beat Patera for his 13th goal of the year putting the Blades within one after two periods. Rhett Rhinehart and Scott Walford added the helpers as Saskatoon closed out the second period with a 14-9 advantage on the shot clock.

Saskatoon carried their momentum into the third period and once again outshot the Wheaties 12-7 in the final 20. But it wasn’t enough to  beat veteran net minder Jiri Patera, who held his club in the contest and earned first star honours thanks to a 36 save performance. Duncan Pierce drained a long empty net shot in the dying seconds to add insurance.

The Blades will jump on the bus back to Saskatchewan as they prepare for a Friday night meeting in Swift Current with the Broncos. Game time is 7:00pm from the Innovation Credit Union I-Plex.

Next home action for the Blades is Saturday, February 22nd versus those same Swift Current Broncos at SaskTel Centre. 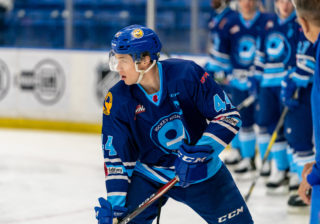