Blades dulled in 6-0 blunder to ICE 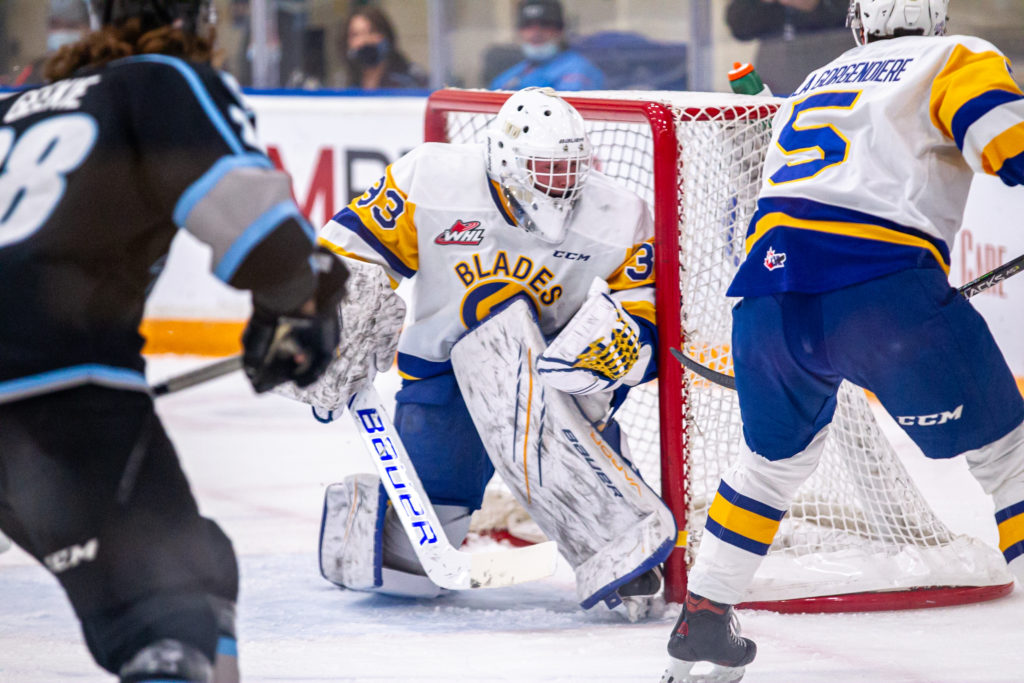 In a game that saw nine different ICE players find the scoresheet, the Blades couldn’t find a way to beat Winnipeg goaltender Daniel Houser as he stopped all 19 he faced, helping the ICE improve to 17-1-0-0 on the year.

Rookie goaltender Ethan Chadwick stopped 31 of 37 shots as the Blades fall to 11-6-1-0 on the campaign. Winnipeg continues to roll through teams at an alarming rate, extending their winning streak to six games and having lost just once all season long.

It’s Saskatoon’s second loss to the ICE in as many days. They’ll now turn their attention to next Saturday where they’ll take on the Swift Current Broncos in the fourth of nine straight games away from home.

Fatigue was surely at play for the visiting squad. Saskatoon was concluding a challenging three-in-three stretch which began with a 2-1 victory in Brandon on Friday.

Defense was strong to start the game once again, but it was the ICE who struck first late in the opening period. A shot by Milne was tipped in front by Jakin Smallwood that fooled Chadwick to put the ICE out in front 1-0 after one.

The floodgates opened for Winnipeg in the second, scoring a season-high four goals to take a commanding 5-0 lead into the third period, including Smallwood’s second of the game.

The ICE kept rolling into the third. Less than five minutes into the final frame, a shot from Carson Lambos was tipped in front by Milne to round out the scoresheet for a 6-0 victory.

Saskatoon remains firmly in second place in the East Division, however now slip 11 points back of the ICE for top spot.