Blades held off the scoresheet in Swift Current 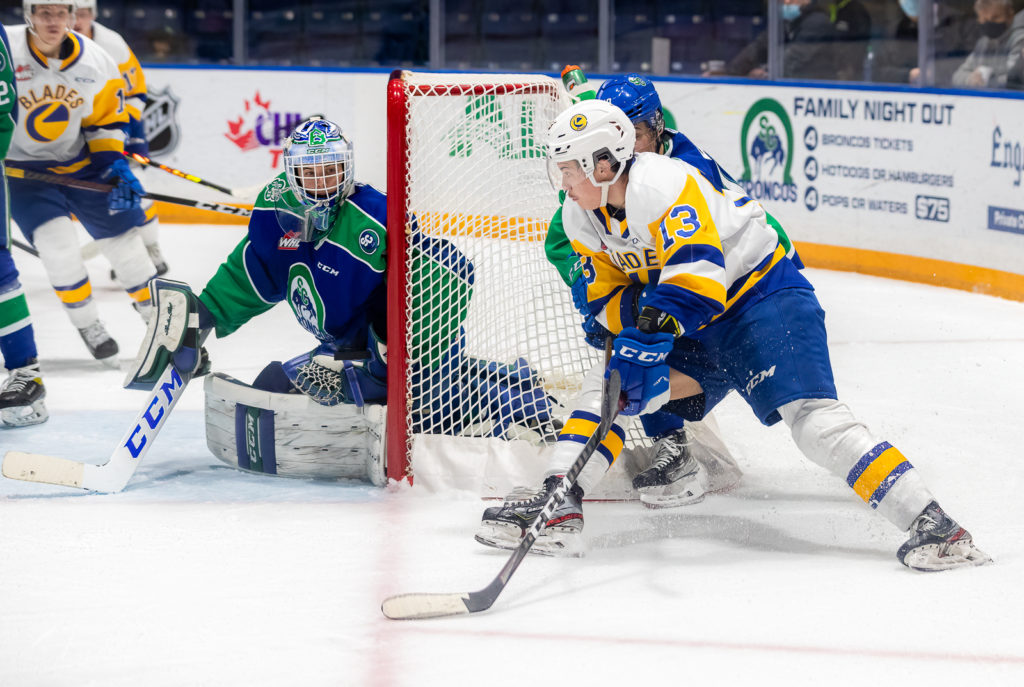 The Swift Current Broncos netminder stopped all 32 shots, leading his team to a 3-0 victory over the Blades at Innovation Credit Union i-Plex on Saturday night.

It’s Poulter’s second shutout of the season as the Broncos improve to 6-9-2-1 on the year.

Nolan Maier stopped 23 of 26 shots as the Blades fall to 11-7-1-0 on the campaign. Saskatoon will try to rekindle its scoring touch next Friday in Red Deer after being held off the scoresheet in back-to-back contests.

Saskatoon had plenty of opportunities to light the lamp, including a golden opportunity for import Egor Sidorov late in the game. A shot from Brandon Lisowsky was kicked to the stick of the Belarusian forward, but his shot tinged off the post and out.

Brendan Lee’s marker midway through the final frame was waved off on a high-stick.

When Saskatoon pressured, Poulter responded to earn his third shutout of the year.

The Broncos struck early in the first as a shot from Matthew Ward found its way through a screen to beat Maier blocker side. Saskatoon doubled up the Broncos 14-7 in the opening 20 minutes, but trailed heading into the intermission 1-0.

The Broncos extended their lead 13 minutes into the second. Josh Filmon sent Raphael Pelletier a pass in front who flipped it over Maier to double the lead.

The Broncos didn’t let off the gas in the third as Filmon capitalized on a turnover and netted his second point of the night to stop any sort of comeback by the Blades.

This was the fourth stop in a stretch of nine straight games away from home for Saskatoon. They’ll now look ahead to next weekend as they battle Red Deer, Calgary, and Edmonton over the course of three days.