Blades outworked in first game of home & home with Brandon 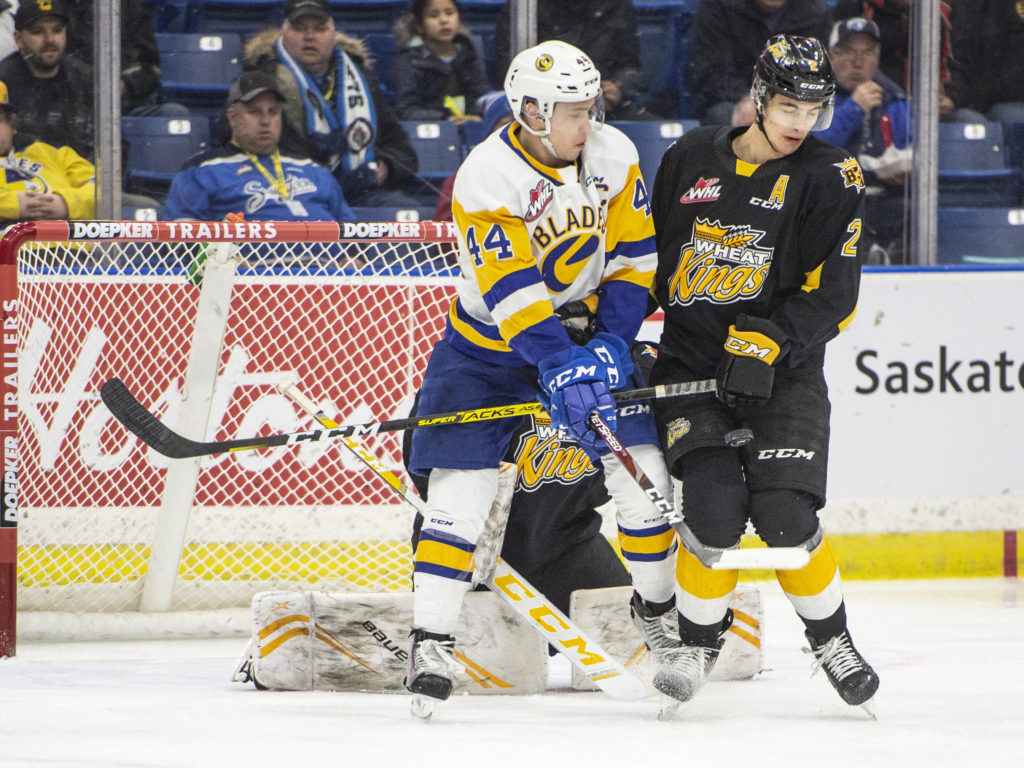 Saskatoon, SK – The Saskatoon Blades dropped a 5-1 decision in their first game of a home & home with the Brandon Wheat Kings on Wednesday night in Saskatoon.

The game started off slow for Saskatoon as the Wheat Kings opened the scoring just five seconds into an early power play. The visitors Brandon added another at the end of the period off a rush that just trickled in. The Blades had a few chances of their own in the first but were unable to convert, ending the first period 2-0 in favour of the Wheaties.

The Wheat Kings opened the scoring just 12 seconds into the second frame on a grade A scoring chance. Zach Huber tried to build some team energy by getting physical, which did ignite a spark but once again the Blades continued to be stoned by Vegas Golden Knights goaltending prospect Jiri Patera. 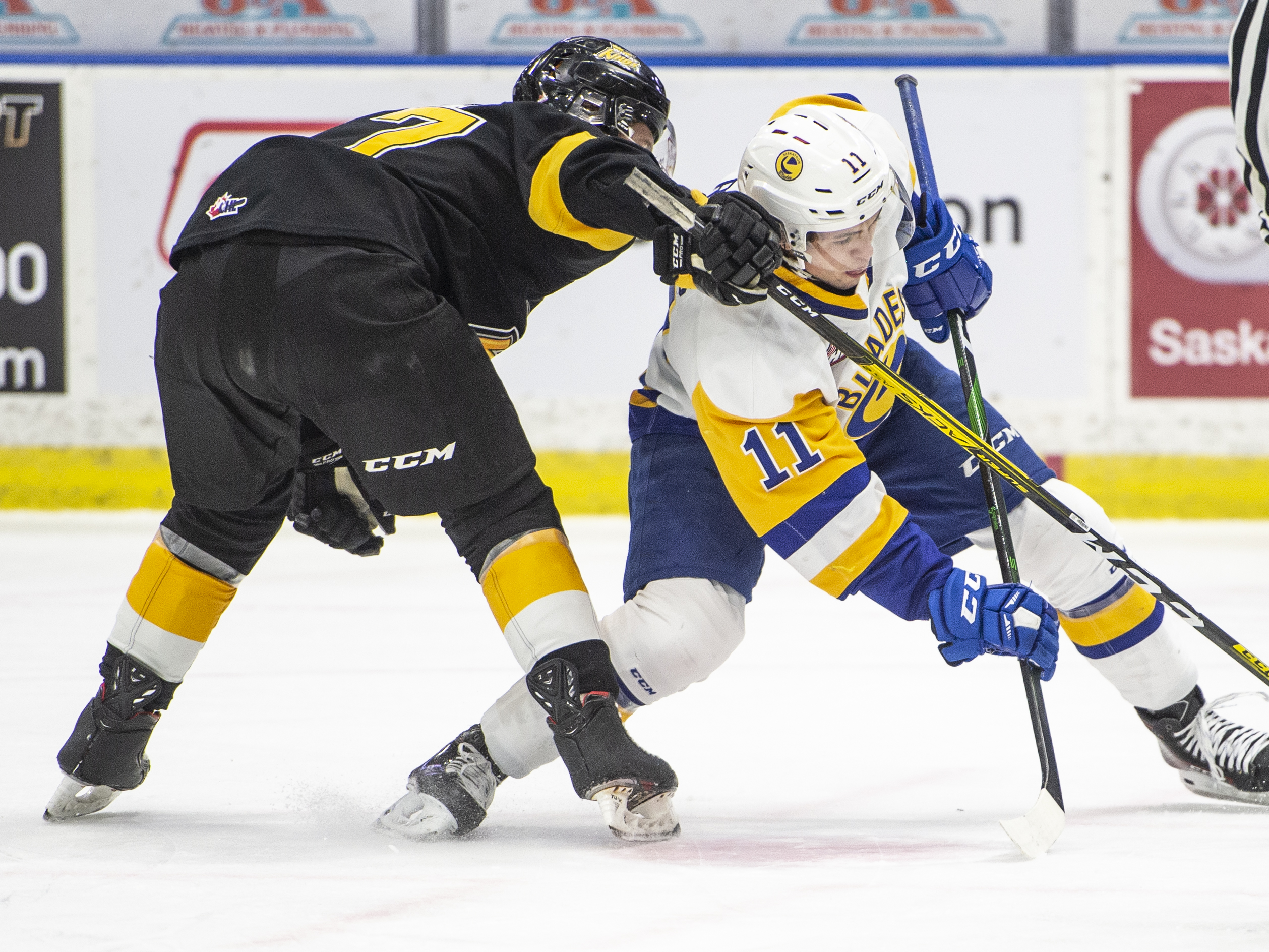 The Blades best chance of the period came when Huber and Alex Morozoff had a nice give and go but the Wheat Kings’ goaltender was once again there for the stop. Nolan Maier stopped late period Brandon penalty shot to prevent the game from getting out of reach before the third,  though the Wheat Kings would still add to their lead as they scored late and went up 4-0 after two.

Nolan Kneen kicked off the third period by giving the Blades some life with a heroic individual effort on a breakaway, making the score 4-1. The Wheat Kings, however, had other plans and scored their fifth on the night short-handed and ended the game with a 5-1 win.

Defencemen who get breakaways and score >

Saskatoon has the opportunity to respond with the rematch with the Wheat Kings on Friday in Brandon. The boys then travel to Swift Current for a game Saturday night in Speedy Creek against the Broncos.