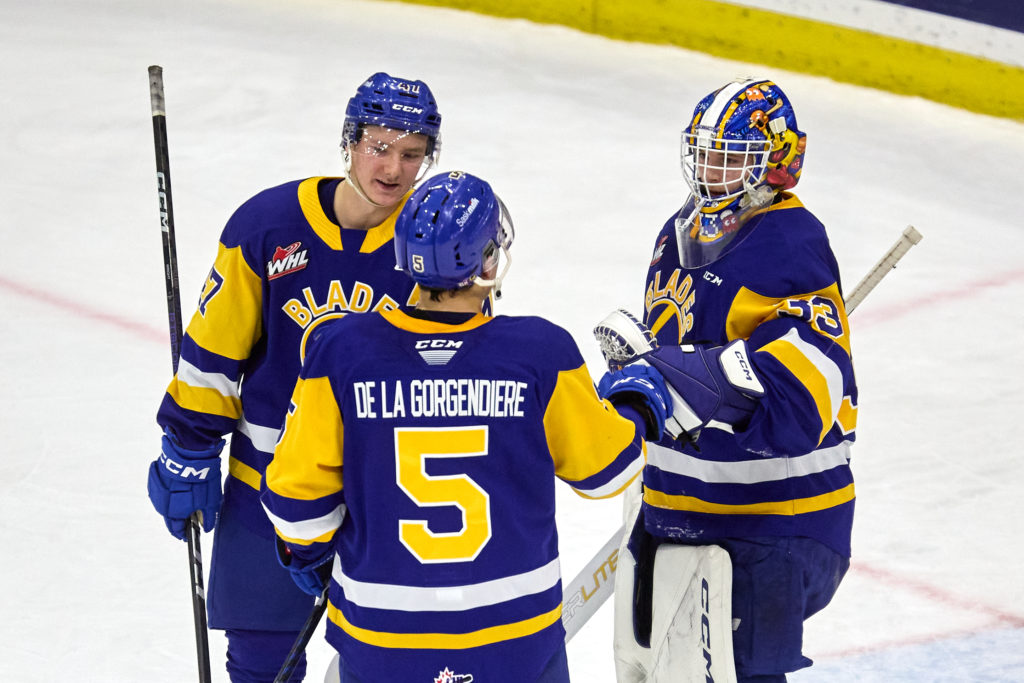 Saskatoon, SK – The Saskatoon Blades are making noise around the country.

Head coach Brennan Sonne and crew sport an impressive 15-4-0-0 on the season. Alternate captain Trevor Wong is leading the way offensively with 23 points on the year. Wong along with sniper Brandon Lisowsky have showed up on the stat sheet their last six straight with 12 and ten points respectively. Sophomore Egor Sidorov has turned himself into a known threat around the league. The sniper has amassed nine goals and assists in just eight contests, registering at least one point in every game. The Blades are contributing up and down the lineup, but their defensive play may be the biggest factor to their success so far.

Saskatoon’s only surrendered 36 goals, the least in the entire WHL.  It starts with the stingy goaltending tandem of Ethan Chadwick and Austin Elliott. Both net-minders are one and two in the league for goals-against-average, while Elliott’s .941 save-percentage is also good enough for first place. In front of them captain Aidan De La Gorgendiere steers the back end alongside partner Tanner Molendyk, and the sturdy pairing of Charlie Wright and Blake Gustafson.

The Bridge City Bunch won their last time out 4-3 in overtime against the Medicine Hat Tigers at SaskTel Centre. The Blades defend their yard again this weekend closing out their five-game home-stand with back-to-back battles against the country’s top team.