Blades Ready for Back-to-Back Against Raiders 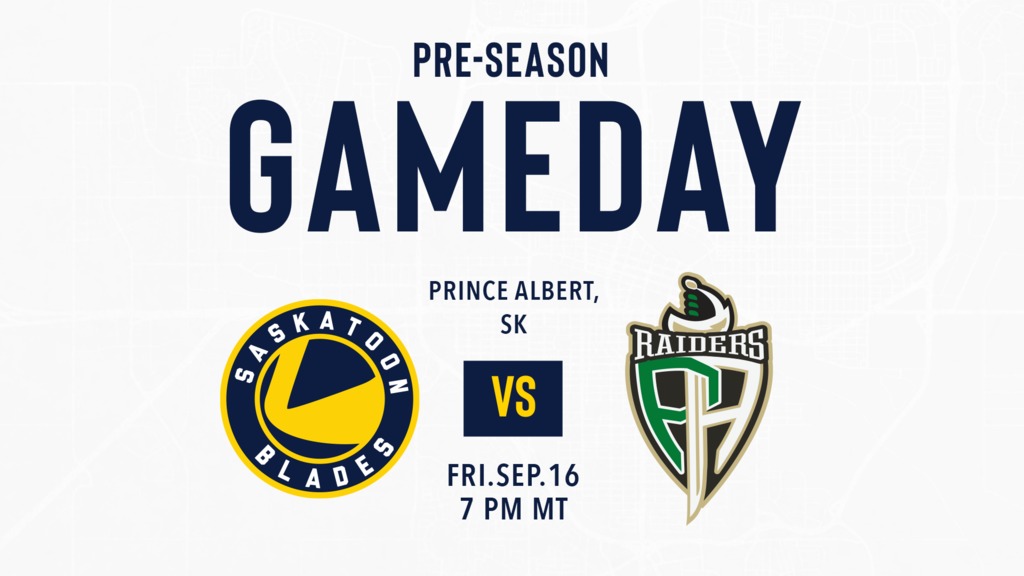 Saskatoon, SK – The Saskatoon Blades face off against the Prince Albert Raiders in the final two pre-season matchups leading into the regular season. In last weeks contest, the Raiders won 6-3 in Big River First Nation that saw the team dress a more experienced lineup. The Blades will look different tonight, compared to the last time they met, even with five players attending NHL camps. The team in blue & gold will have a more experienced and veteran lineup as the returning group of veterans get their final dress rehearsals prior to the regular season opener next Friday.

Ethan Chadwick and Austin Elliott split last weekend’s games in Edmonton agains the Oil Kings, each picking up a win. Chadwick made 22 saves on 23 shots while only allowing one goal last Saturday, where Elliott made 20 saves on 23 shots the night before, winning the contest 4-3.

Puck drop is scheduled for 7:00pm tonight in Prince Albert at the Art Hauser Centre. Fans can tune in on the radio with Les Lazaruk on the official voice of the Blades, CJWW 600, or stream the game online for free on WHL Live.