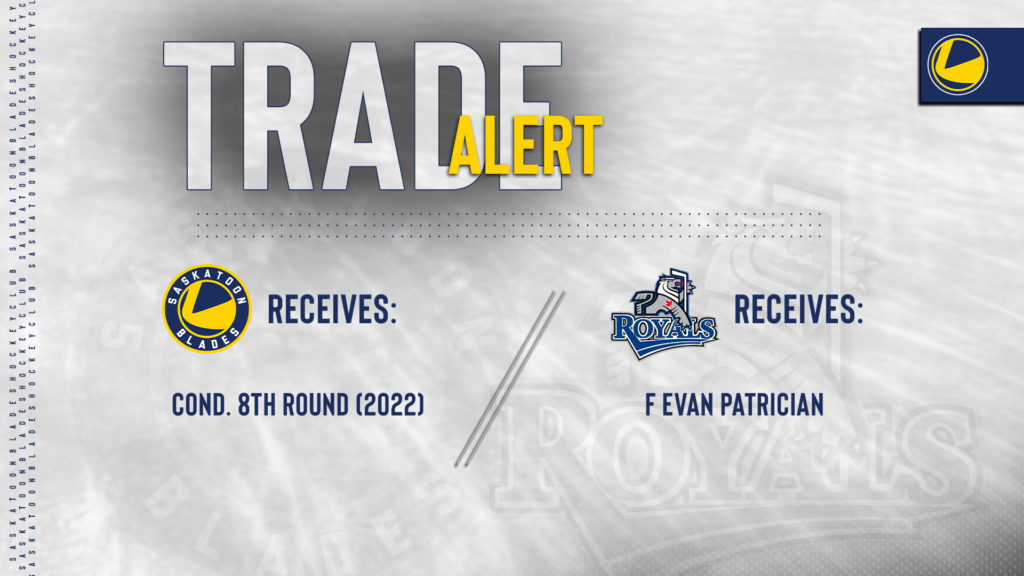 SASKATOON, SK — The Saskatoon Blades have dealt 2001-born forward Evan Patrician to the Victoria Royals for a conditional eighth-round selection in the 2022 WHL Prospects Draft.

“Patty handled a very difficult overage situation here with nothing but class — the same way he conducted himself as a member of our organization over the last two years,” stated Blades GM & President Colin Priestner. “I can’t think of a greater role model and mentor than Evan who will surely help guide a talented young group of players in Victoria.”

Patrician, born and raised in Calgary, AB, was originally drafted by the Vancouver Giants in 2017 before joining the Blades via trade in January of 2020. The pending WHL graduate dressed in 42 games over two seasons with the Blades, scoring 12 points (6G-6A).