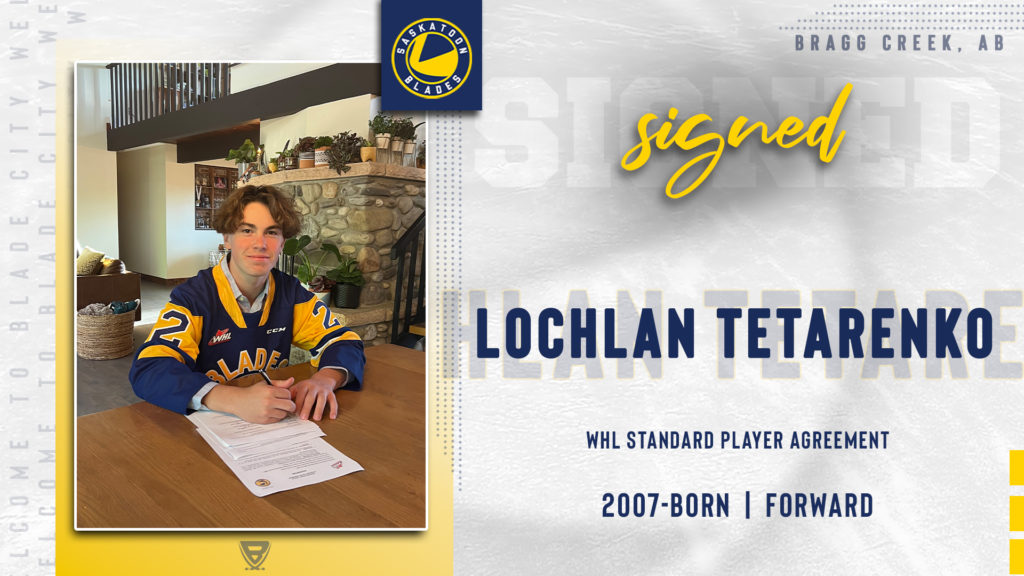 SASKATOON, SK– The Saskatoon Blades are pleased to announce the signing of Lochlan Tetarenko to a WHL Standard Player Agreement Wednesday morning.

“Lochlan is an exciting player. He plays the game with elite speed and has a relentless work ethic and compete level. These attributes allow him to attack the net in a variety of ways, at which point in time his exceptional hands in tight spaces allow him to finish his chances,” says director of scouting, Dan Tencer. “He’s a dynamic player who is difficult to play against. We tried aggressively to trade up in the 3rd round when he was still on the board and felt quite lucky to snag him at 62nd. We’re very happy to have him committed today.”

Tetarenko was selected 62nd overall in the 2022 WHL Prospects Draft on Thursday, May 19th by the Saskatoon Blades.

Lochlan is expected to attend his first Western Hockey League camp with the Blades this coming Fall.

The Saskatoon Blades would like to welcome Lochlan and the Tetarenko Family into the organization, and look forward to continuing his development under the coaching of Brennan Sonne’s coaching staff.

Details on the 2022-23 training camp will be released at a later date. 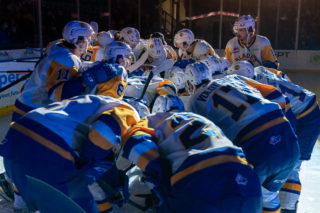