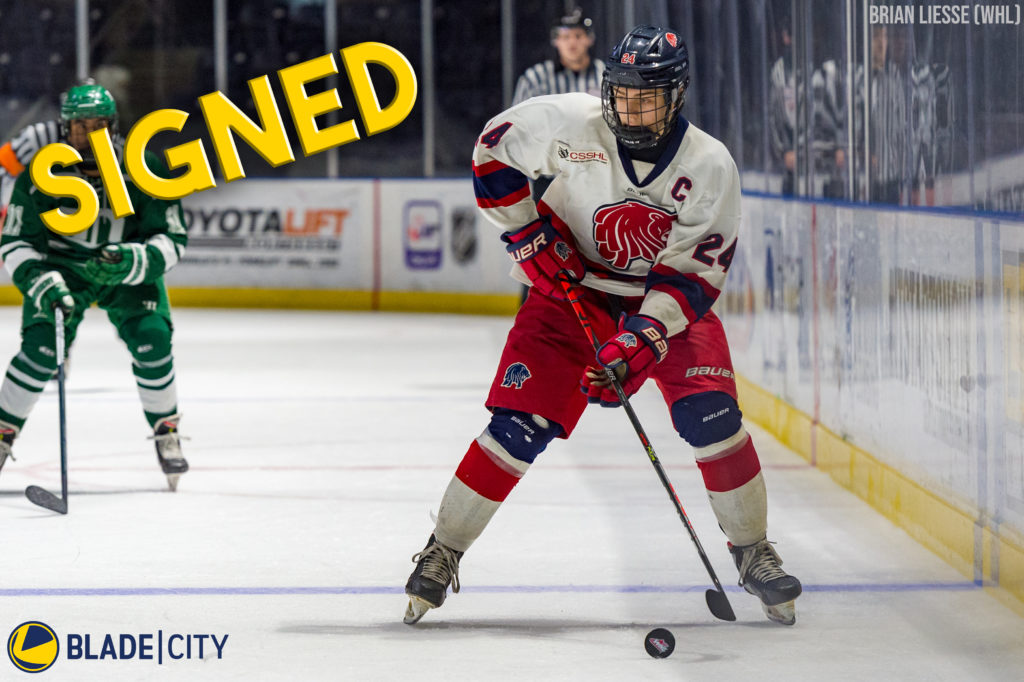 Saskatoon, SK – The Saskatoon Blades are pleased to announce the signing of first-round draft pick Tanner Molendyk to a Western Hockey League Standard Player Agreement. The 15-year-old defenceman was selected fifth overall in the 2020 WHL Bantam Draft last week, and will be eligible to compete for a full-time roster position for the 2021-22 season.

“We’re thrilled that Tanner and his family have committed to the Blades to pursue his hockey dreams,” said general manager Colin Priestner. “He is a fantastic kid and an exceptional defenseman and we are so excited to officially welcome him to Saskatoon.”

“I am so honoured and excited that this moment has come,” said Molendyk. “I’m so happy to be part of such an amazing organization and can’t wait to see what the future holds.”

Molendyk turned heads across western Canada last season with his unprecedented puck-control and vision as captain for Yale Hockey Academy’s Bantam Prep club. The pride of McBride, B.C. totalled 55 points (9G, 46A) in 27 games, on top of 14 penalty minutes, and continued his offensive output in the CSSHL playoffs, potting a pair of goals and four assists in two games before play was halted due to the coronavirus.

Molendyk’s most notable accolades include receiving the Canadian Sport School Hockey League’s defenceman of the year award, along with top player honours at the Bauer Elite, John Reid and the NWCAA Flames tournaments last winter.

“His combination of elite skating, skill, vision and character is pretty rare to find,” added Priestner. “Players like Tanner don’t come around too often and our fans are going to really love watching him develop over the coming years here.”

The 5’10”, 154-pound left-hand shot is the first defenceman to be selected by the Blades in the first round of the WHL Bantam Draft since Aidan De La Gorgendiere in 2017, who was also selected fifth overall. Coincidentally, De La Gorgendiere also suited up for Yale Hockey Academy in his draft year.

Molendyk is expected to make his first appearance in a Blades uniform at training camp this September.

The Saskatoon Blades would like to welcome Tanner and the Molendyk family to Blade City, and look forward to helping him develop as a player and citizen in our community. 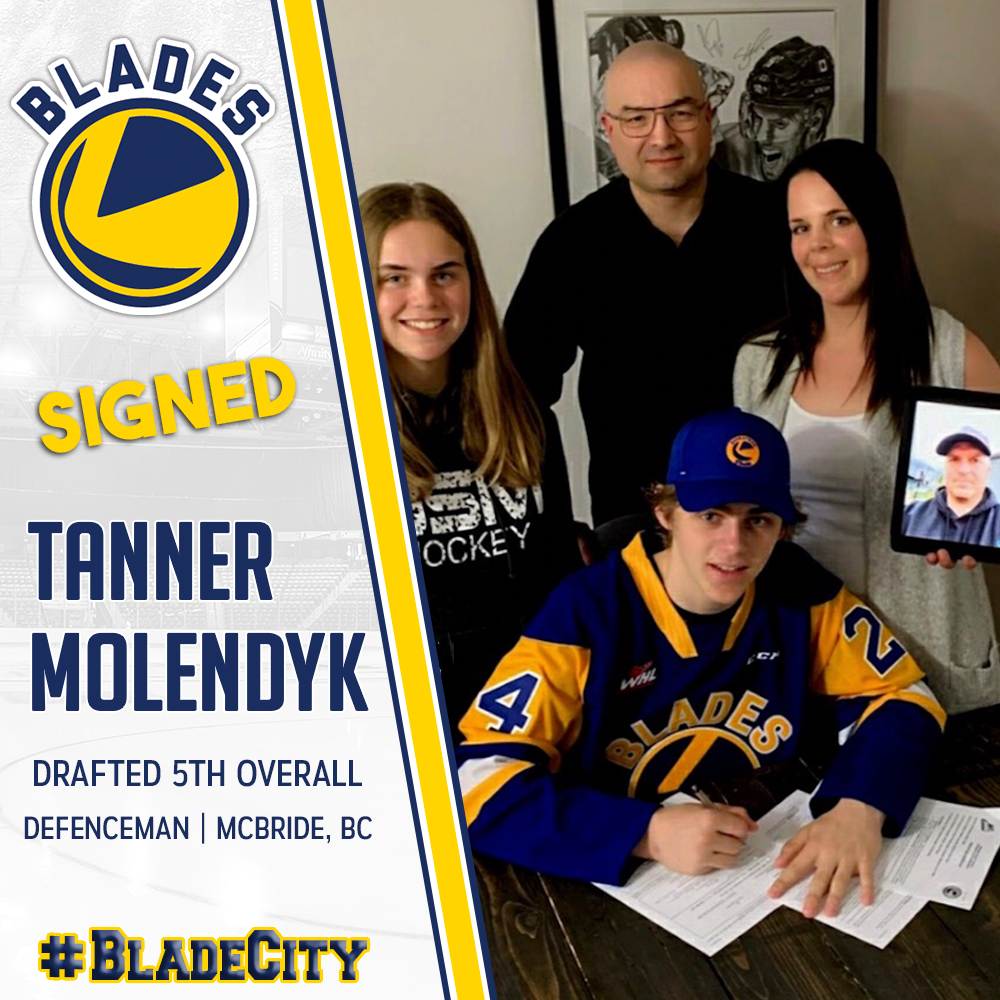