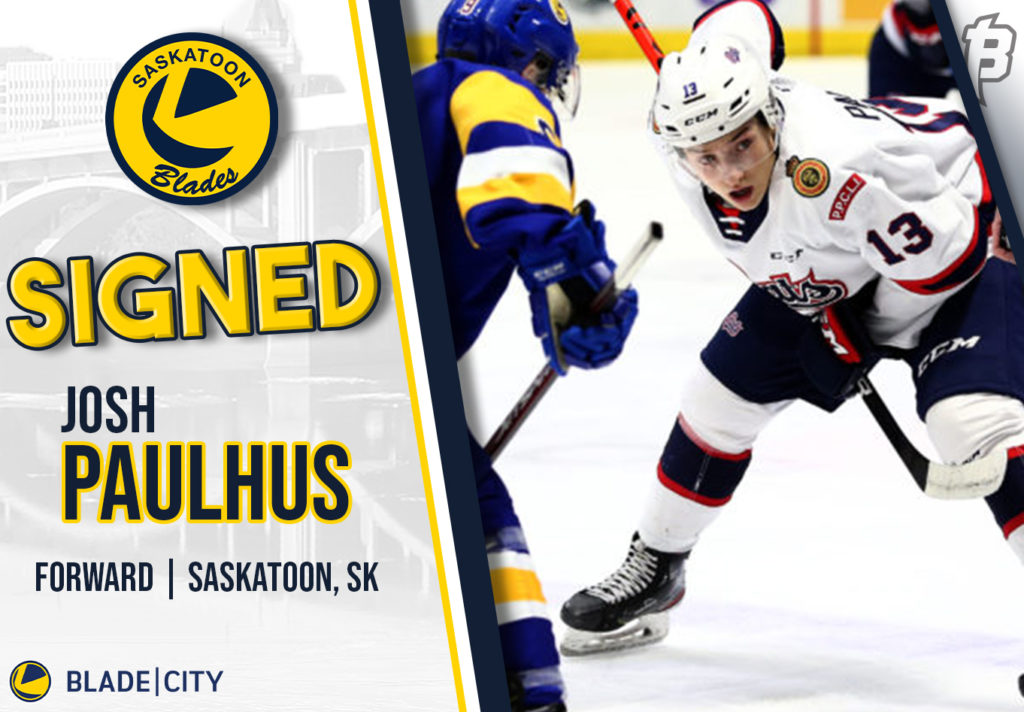 SASKATOON, SK — The Saskatoon Blades have signed 2002-born forward Josh Paulhus, adding him to the active roster ahead of the 2020-21 regular season.

Paulhus, born and raised in Saskatoon, joins the Blades having spent most of his junior hockey career in the SJHL, along with playing time with the Regina Pats. In 42 games with the Humboldt Broncos last season, the rookie tallied 4 goals and 9 assists for 13 points, while adding 77 penalty minutes.

The 5-foot-9, 181-pound winger also skated in three games with the Pats last season, recording his first career WHL goal on January 17th on the road against the Seattle Thunderbirds. Paulhus began the 2020-21 season with the La Ronge Ice Wolves, but only dressed in one game before the season was halted due to the COVID-19 pandemic.

As a 2002-born player, the 18-year-old has two more years of WHL eligibility remaining.