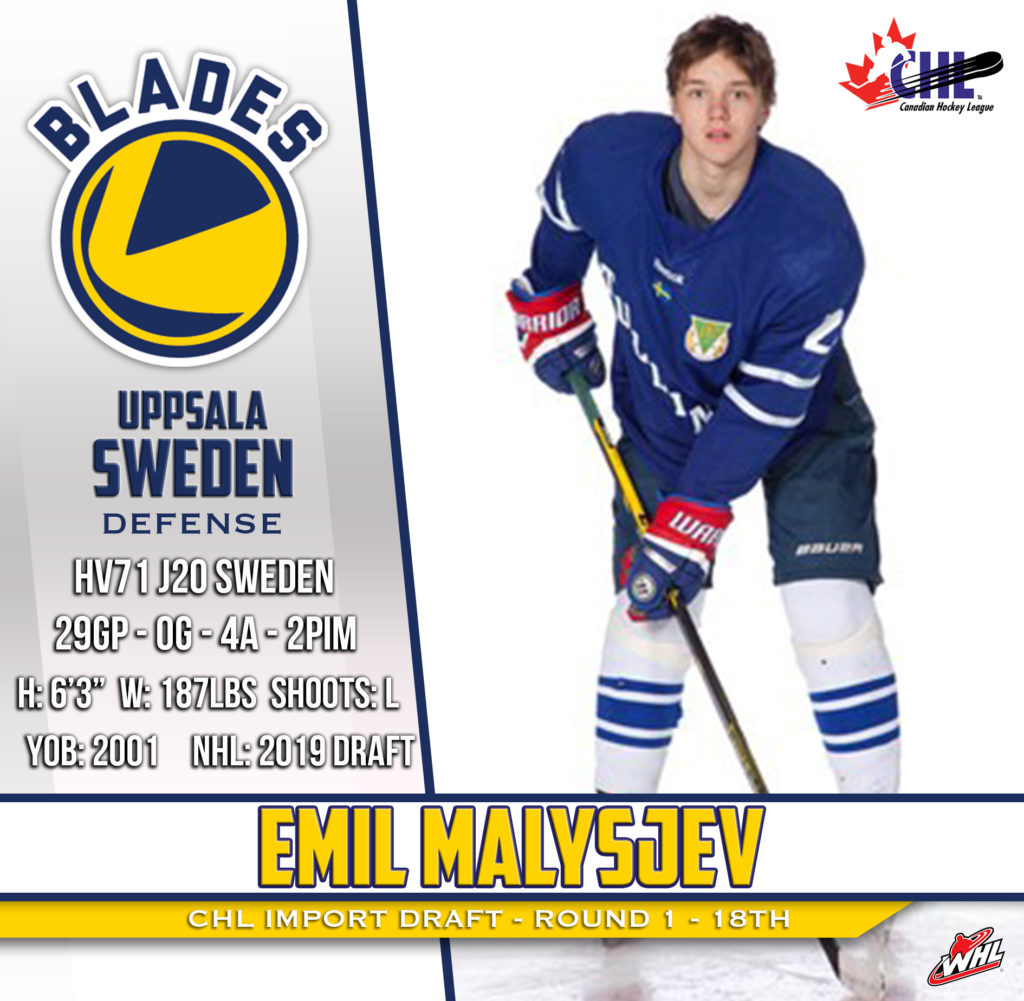 Saskatoon, SK – The Saskatoon Blades have signed 2001 born defenceman, Emil Malysjev. The dual citizen of Sweden and Russia was selected 18th overall by Saskatoon in the 2018 CHL import draft.

“We are thrilled Emil has chosen to sign with the Blades. He’s a strong, 6’3″ defensemen that played on the SuperElit Championship team as a 16 year old last year,” said Blades General Manager Colin Priestner following the signing. “He has great potential and adds another strong 2001 to our group. We can’t wait to see him here on Tuesday and we feel his ability to speak fluent English will also help ease his transition over to Canada,” added Priestner.

Emil is expected to arrive in Saskatoon late Tuesday and could see game action as early as this weekend when the Blades travel to Regina to take on Moose Jaw and Swift Current in pre-season competition on Friday and Saturday.