Blades Strike A Deal With Cougars 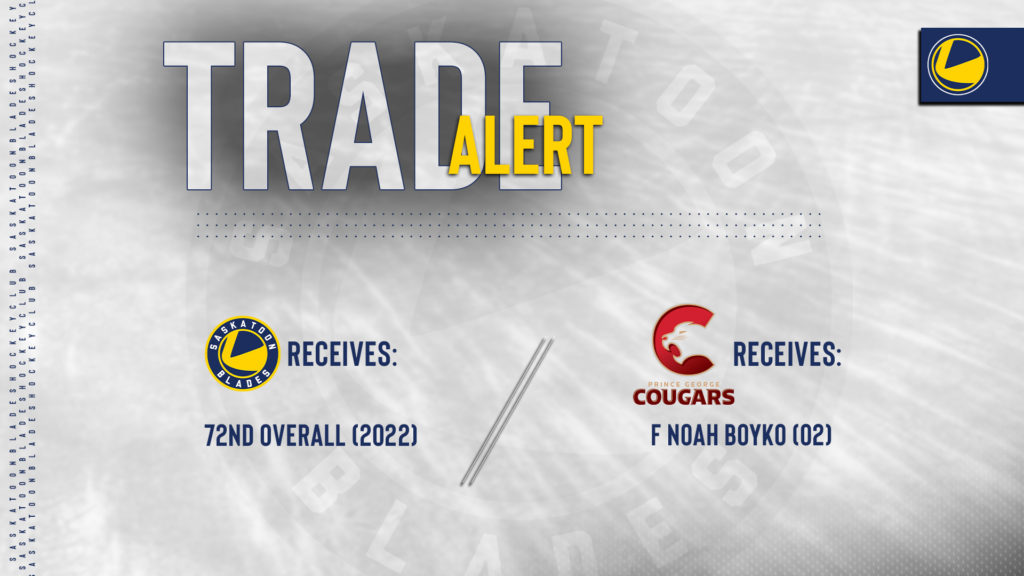 SASKATOON, SK — The Saskatoon Blades have made a deal with the Prince George Cougars to acquire the 72nd overall pick in today’s WHL prospects draft in exchange for 2002-born forward Noah Boyko.

Boyko was acquired by the Blades from the Lethbridge Hurricanes in late December and appeared in 20 regular season games for Saskatoon during the 2021-22 season. The veteran winger also dressed for all five post-season games with the Blades adding a goal and two helpers.

Saskatoon used the 72nd overall pick today to select forward Maxx Hamelin from the U15 AAA Winnipeg Bruins. Hamelin scored a whopping 48 goals and 44 assists this past season in just 32 games played.

The Saskatoon Blades would like to thank Noah Boyko for his contributions to the organization and wish him all the best with his new club in Prince George.