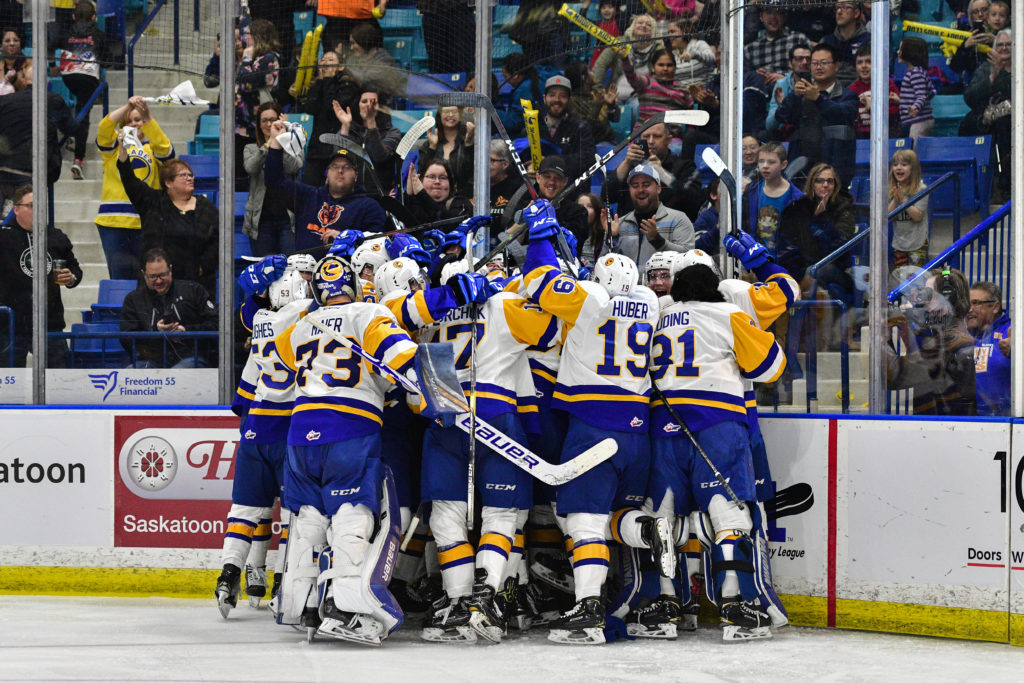 The Saskatoon Blades are moving on to the second round of the WHL Playoffs thanks to a thrilling 4-3 overtime victory on Wednesday night in Moose Jaw over the Warriors. 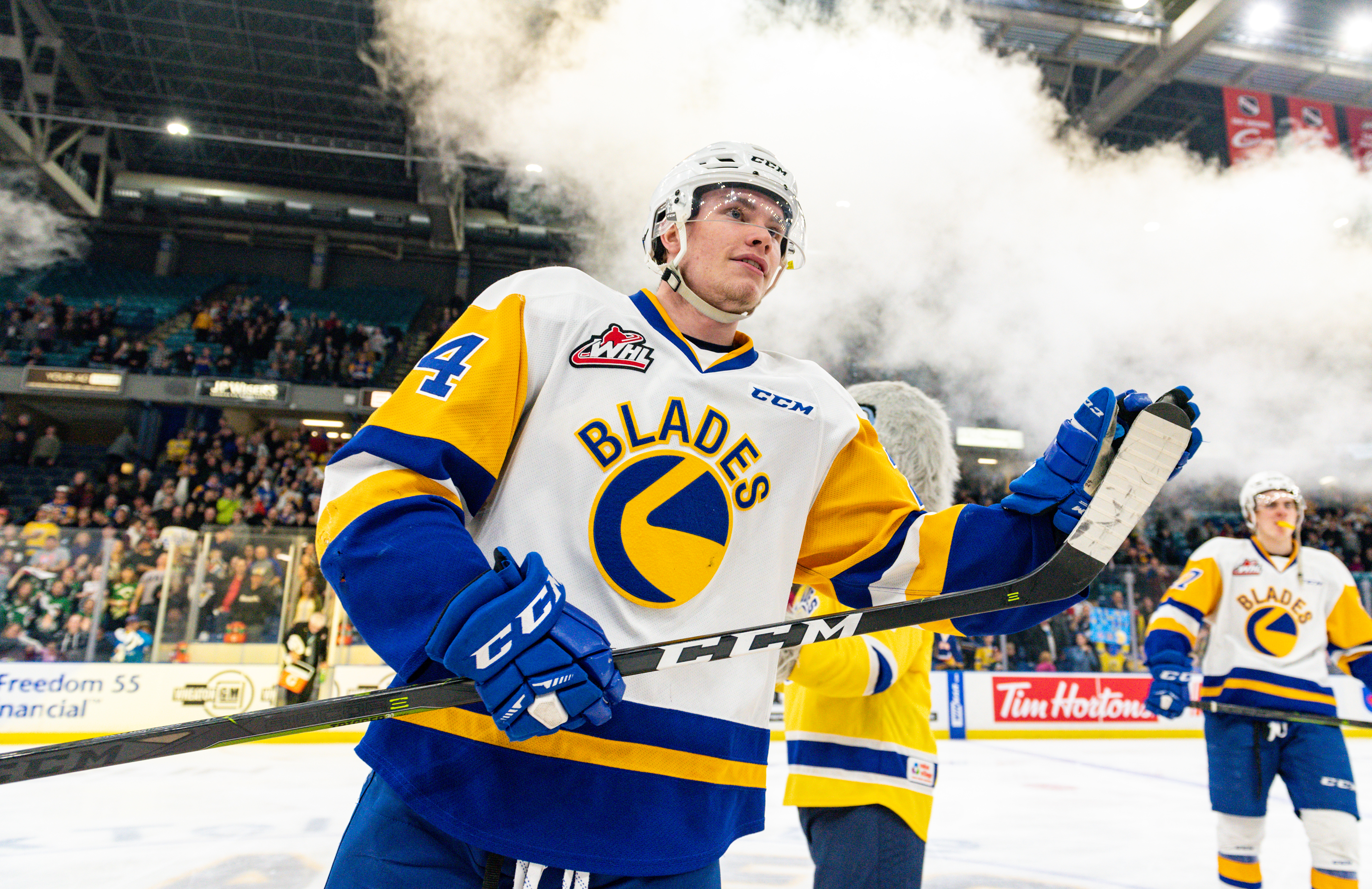 Kristian Roykas-Marthinsen scored his first career WHL playoff goal 4:36 into the first overtime period to win the game for Saskatoon and complete the series sweep over the Moose Jaw Warriors.

“I got the puck from Crank (Kyle Crnkovic) in the neutral zone and I felt like I had a step on their D so I went wide on him and just tried to sling a puck to the net and fortunately it went in,” explained the 19-year-old prospect of the Washington Capitals. “It might be one of my biggest goals ever.” 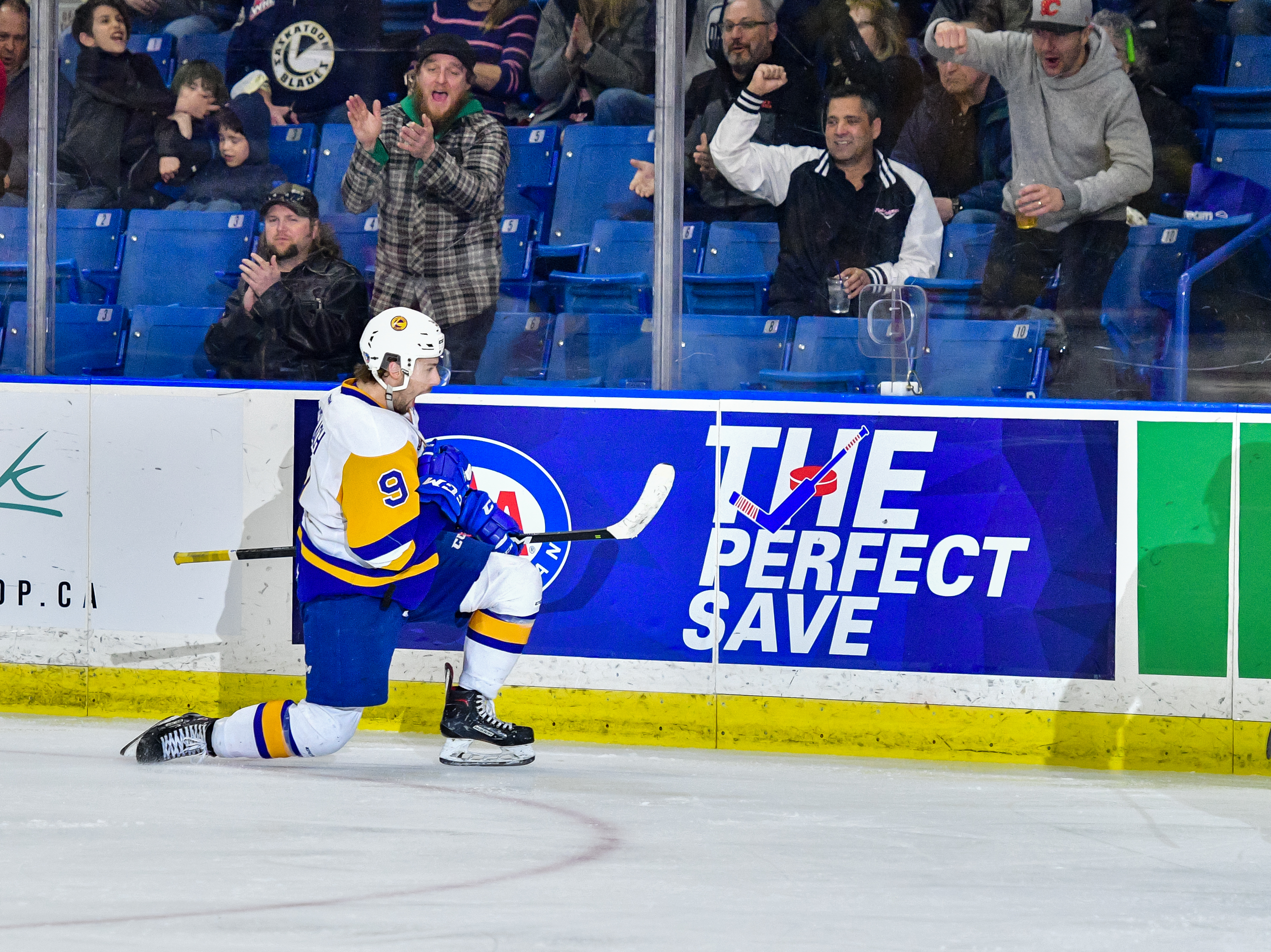 Max Gerlach (5) opened the scoring in the first period with his 5th of the post-season, which leads the WHL Playoffs. Gary Haden and Aidan De La Gorgendiere added the assists on the play. Luke Ormsby (1) scored his first goal of the series to tie the game at 1-1 late in the opening frame. The Blades outshot the Warriors 16-7 heading into the first intermission.

Then just 2:06 into the middle stanza, Matthew Benson (1) put the Warriors in front 2-1 giving the home crowd some energy. 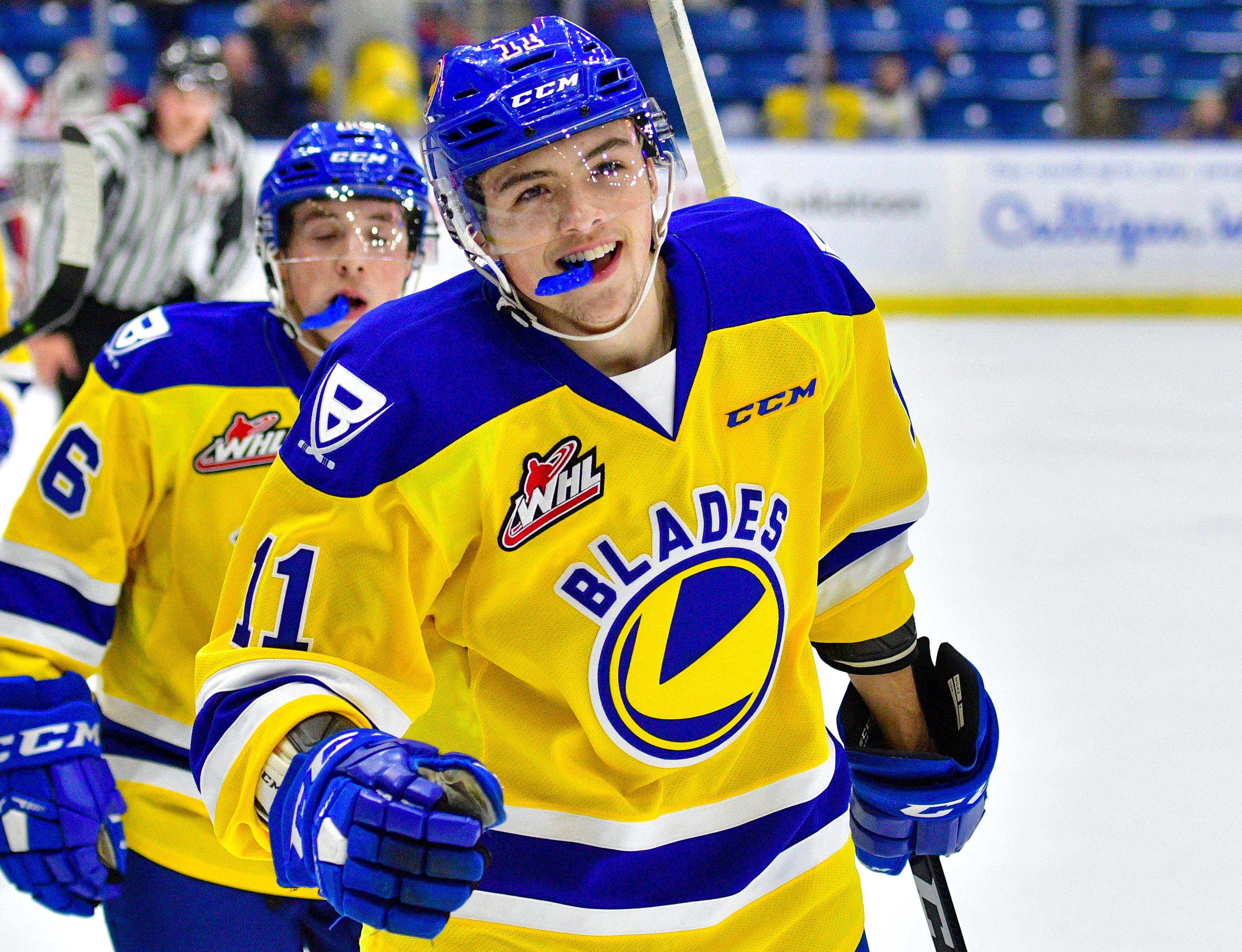 Tristen Robins (1) tied the game for Saskatoon with a  brilliant solo effort off a face-off. Robins pushed the puck ahead off the draw outside the Moose Jaw blue-line then walked in a ripped a wrist shot high over the blocker of Adam Evanoff to register his first career playoff goal and second point of the series.  The 2-2 tie held up after 40 minutes with the visiting Blades still leading on the shot, now 31-19.

Kirby Dach (3) broke the tie with 4:25 left in the third period with an tremendous effort while short-handed to give the Blades a 3-2 lead. While Dach went in and scored, Josh Brook was given a double minor for spearing Dawson Davidson behind the play, so not only did the Blades take the lead they were given a four minute power play with just over four minutes remaining. It looked as though the game might have been over… but Tristin Langan had other plans.

The veteran 20-year-old and 53 goal man during the regular season scored a short-handed goal of his own to tie the game back up at 3-3 and force overtime.

But much like overtime in game one, it didn’t take long for the Blades to end the game as Kristian Roykas-Marthinsen deposited the game winner 4:36 in to give the Blades their first playoff series win since 2011.

Nolan Maier picked up third star honours thanks to a 23 save victory. Maier’s best save of the night came during the second period when he slid across his crease to rob Daniil Stepanov on a 2-on-1 opportunity for the Warriors.

Saskatoon will now meet up with the Prince Albert Raiders in round two, likely beginning on Friday, April 5th in Prince Albert. Stay tuned for the complete second round schedule which is expected to be finalized before Friday.