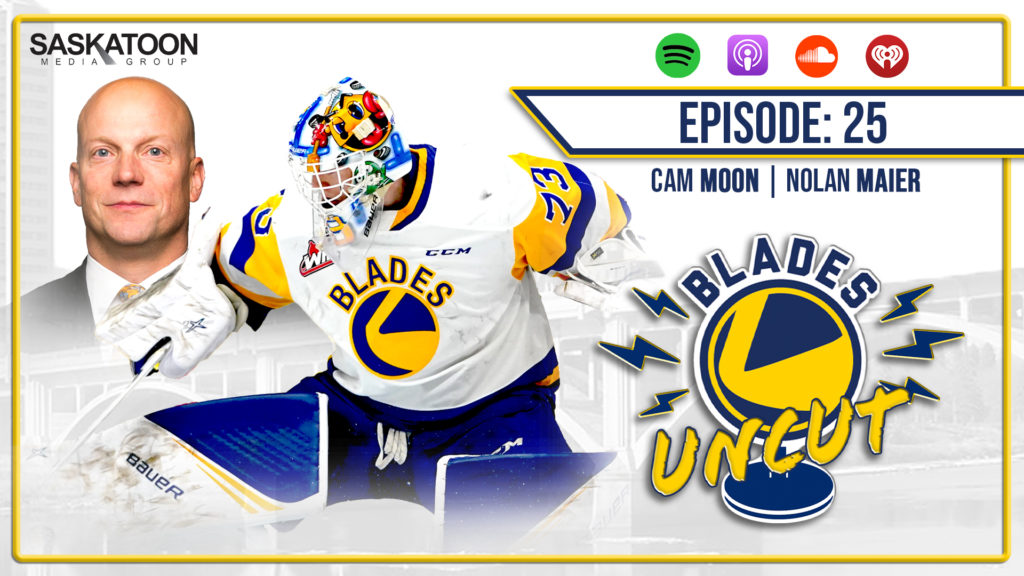 Mitch and Les are back with two esteemed guests in one suped-up episode of Blades Uncut.

Cam Moon, who’s making his second appearance on the podcast, is the newest member of the 630 CHED broadcast team in Edmonton, calling play-by-play for the Oilers.

It’s been a whirlwind 10 days for Moon, to say the least, who says the Oilers reached out to him initially and offered the position just three days later.

The former Blades goaltender goes into detail with how the hiring process unfolded, his emotional transition to Edmonton, and the challenges which come with saying goodbye to the Red Deer Rebels after 22 years. Moon also discusses the slow start to the Oilers season, and shares his excitement over calling his first NHL game.

Following their chat with Moon, the guys welcome Blades starting goaltender Nolan Maier onto the podcast for the first time.

Maier, who’s entering his fourth season between the pipes, chats about the challenges in dealing with a COVID-lengthened off-season, the emotions that came with the season suspension last March, his early days with the Blades, and winning gold at the 2018 Hlinka Gretzky Cup.

Outside their interviews, Mitch and Les discuss the early start to the NHL season, hammer out the details of their Flames vs. Jets wager, and dive into the latest in the world of golf.