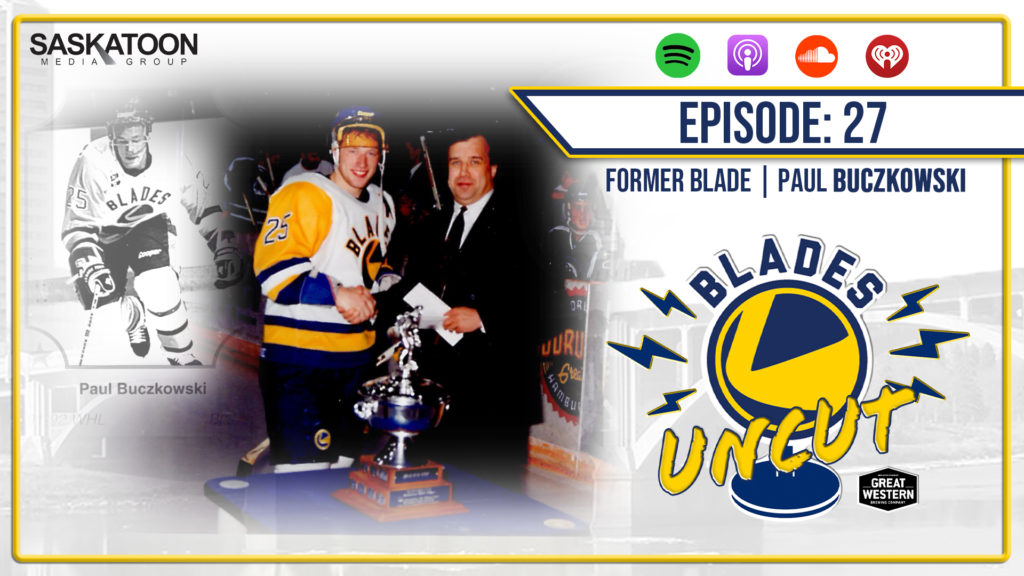 The long-overdue Blades Uncut debut for one of the greatest of all time, Paul Buczkowski, is finally here.

The hometown boy of Saskatoon has his name inked into the franchise record books on multiple occasions, playing nearly 400 career games from the early-to-mid 1990s.

Mitch and Les chat with Buczkowski for nearly an hour, reflecting on his playing days wearing the Pacman jersey, his favourite stories from traveling on the road, and where his career took him following junior hockey.

Currently the head coach for the Saskatoon Outlaws AA U16 squad, the 45-year-old also dives into his transition from playing into coaching, and how the game has changed over the last few decades.

Buczkowski also chats about his four kids; Tyson, who’s eligible to be chosen in the upcoming WHL Bantam Draft, Madison, who most recently suited up for the Saskatoon Stars, and two twins who are also showing signs of living in their father’s footsteps.

Before welcoming Buczkowski on, Mitch and Les also discuss the recent approval for WHL hockey to drop the puck at the end of February, and whether a season is in sight for Saskatchewan-based teams. The guys also recap last week’s trivia question before Les tries selling Mitch on a TV show worth watching.