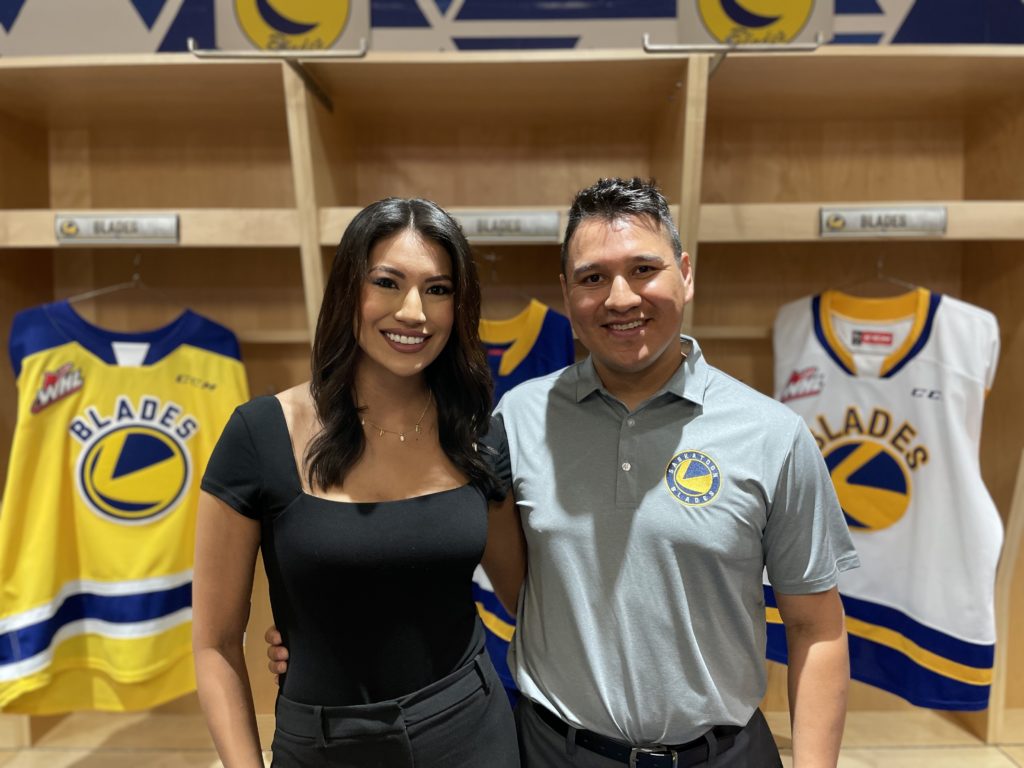 “What Ashley has accomplished In her young life is  nothing  short of  remarkable,”  said team president, Colin Priestner. “She is an inspiration to millions of young girls around the  world and having the chance to meet her over the weekend it was clear to see why as she is so empathetic and kind that she makes such a great impression on everyone she encounters”

Ashley is a Cree First Nations woman from the Enoch Cree Nation on Treaty Six territory in Alberta. Ashley has many passions which include dance, she is professionally trained in jazz, ballet, pointe, and tap as well as she has developed a career in acting, starring in many commercials and television shows.

“I work with a lot of woman and children around the communities and in here within Saskatoon so I am here quite often and now it will be easier for me to be more accessible to these communities.” Ashley shares about her current work in Saskatoon.

Ashley is very dedicated to her culture and people, and takes pride in her Native Cree heritage, and has shown this through her volunteer work with community elders and aboriginal youth. She is a well-known motivational speaker who has travelled to numerous locations across North America.

“Now I’m with such a huge organization, the Blades and the Rush, I am able to have more access and give more input and also more opportunity and that is what I’m most excited about,” explained Ashley. “I’m hoping to create more programs for not only the youth but indigenous peoples around the communities of Saskatoon. I can’t wait so I will be at every game.”

Ashley is currently working as the in-game host for the Edmonton Elks of the Canadian Football League.