Blades Win Both Games in Edmonton 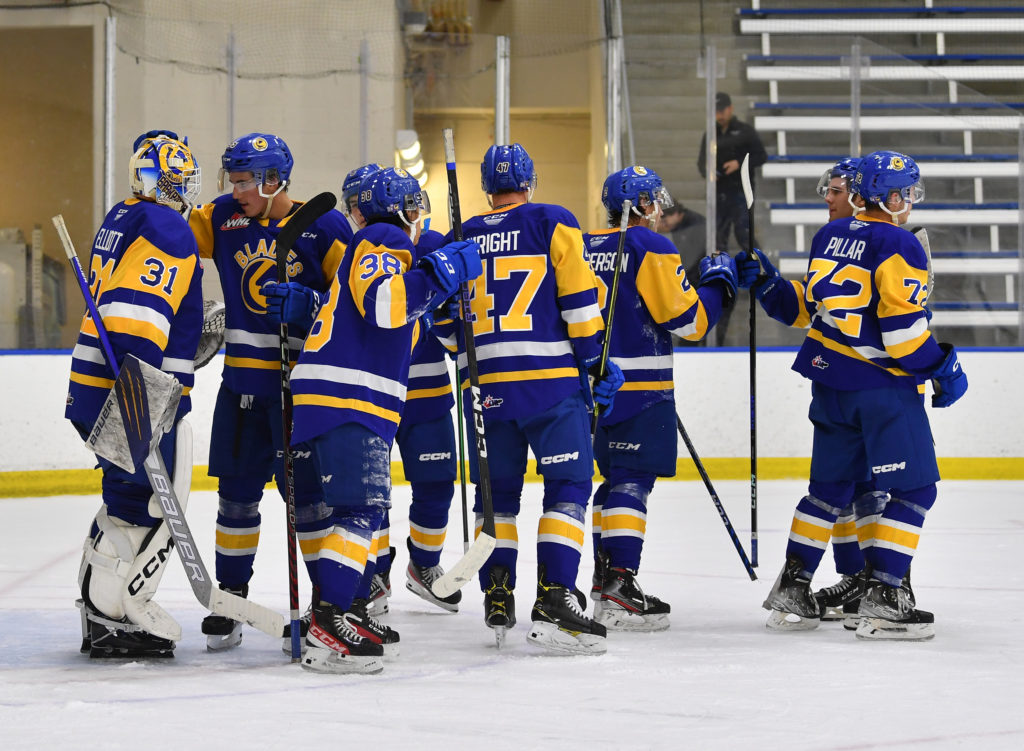 Edmonton, AB – The Saskatoon Blades won their second of a back-to-back in Edmonton this afternoon against the Oil Kings 2-1.

In the first period, Dallas Stars prospect Conner Roulette would score early, with the goal being assisted by Minnesota Wild prospect Josh Pillar. The Blades would lead 1-0 going into the second period. In the second frame, the Oil Kings applied pressure tying the game 1-1. Charlie Wright and Marek Schneider would collect assists with under a minute left in the period, when Schneider played the puck off the glass to an open Roulette, scoring on the breakaway to make it 2-1. 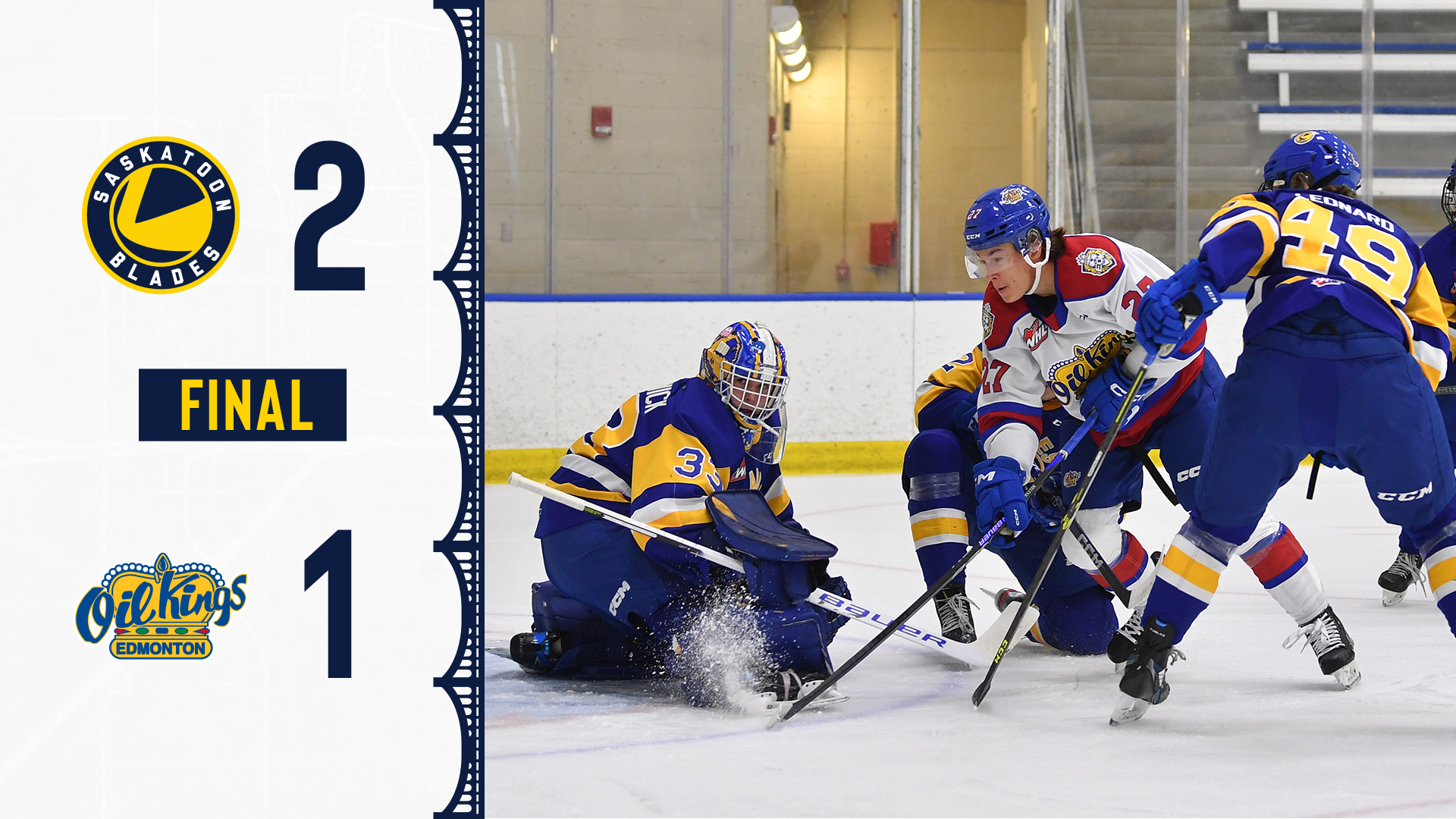 Ethan Chadwick stopped 22 of 23 shots which included two glove saves, one in each the first and second period. The net minder also made a key save off a deflection that would have given the Oil Kings the lead in the second period. “I thought he moved really well,” commented Head Coach Brennan Sonne post-game. “Crisp would probably be the best word to describe him. You can see a big difference from over the summer. It’s awesome, it means he took the summer serious and he’s ready to go.” 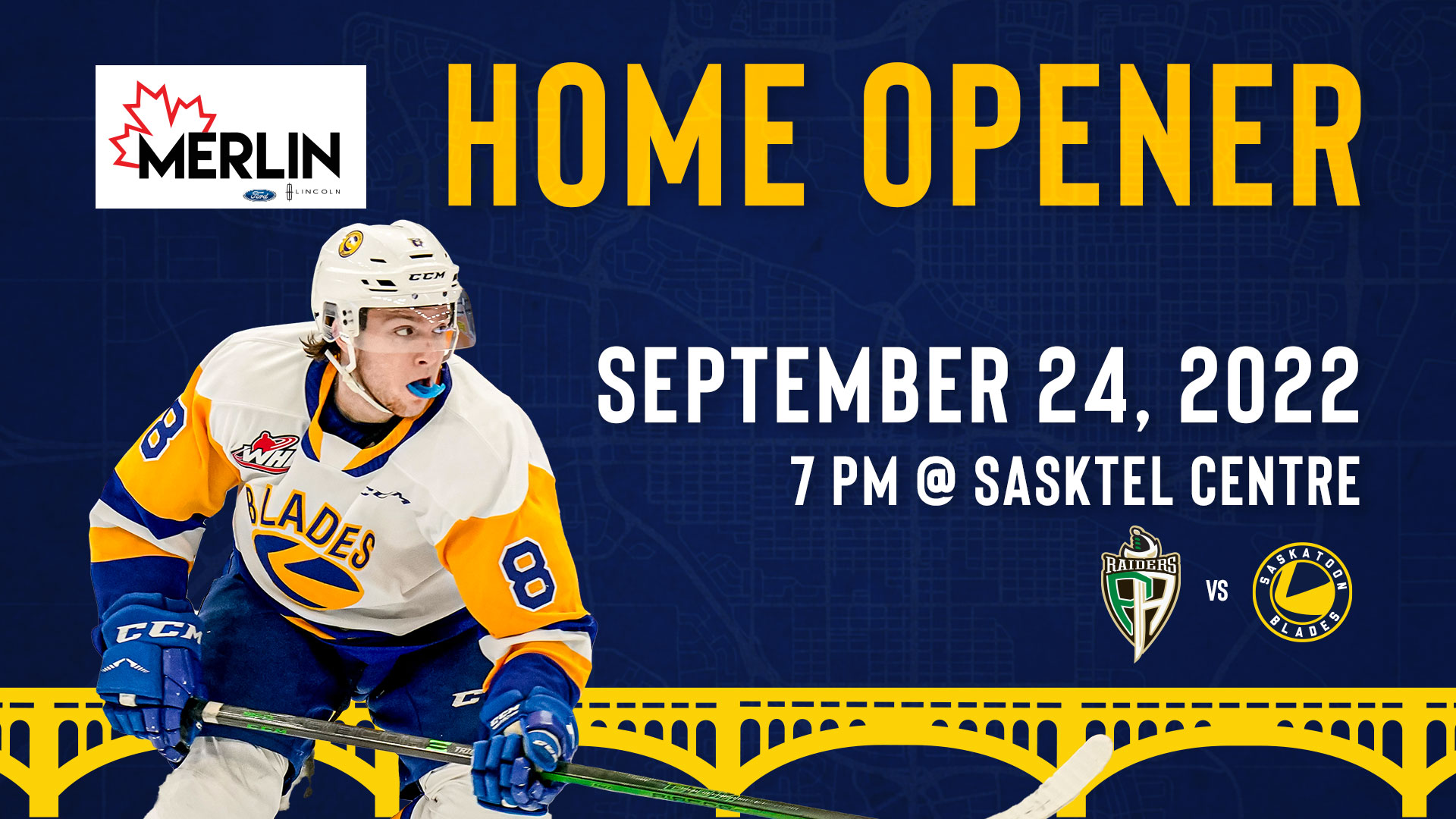