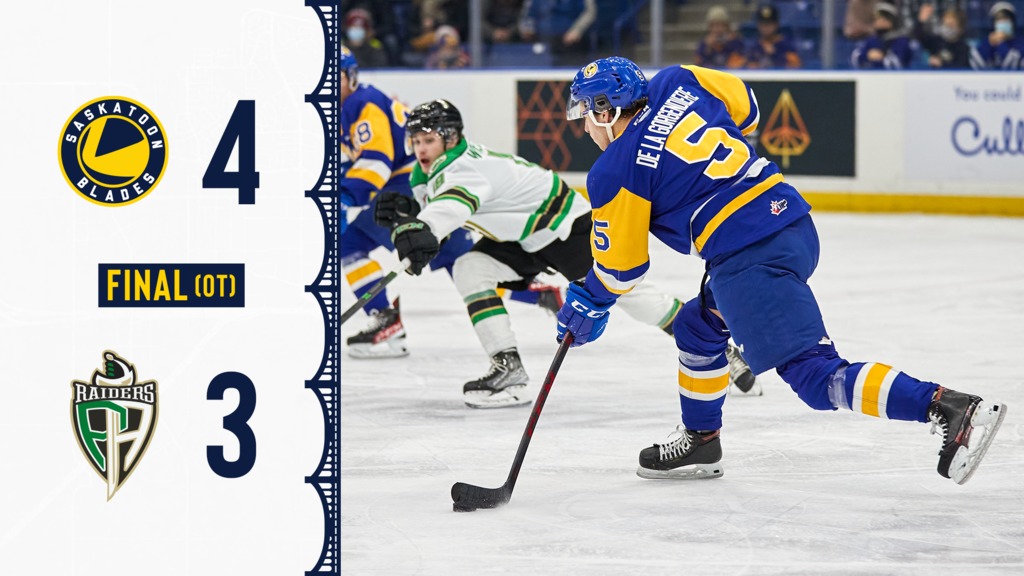 Prince Albert, SK – The Saskatoon Blades were in Prince Albert tonight to take on the Raiders in the first of a back-to-back pre-season series.

In the first frame, the Raiders would open the scoring to make it 1-0. In the second however, the Blades would score two goals in under two minutes thanks to consecutive penalties by Prince Albert. Tanner Molendyk would play the puck low to a wide open Trevor Wong, who would burry it in close on the 5-on-3. The Blades would continue the scoring on the 5-on-4, where Vaughn Watterodt tapped in the rebound on the door step to take the lead at 2-1. Spencer Shugrue would add a goal for himself to extend the lead to 3-1 heading into the third.

In the third period, the Raiders would score two to even it up at 3-3 and send the game into the first overtime of the pre-season for the Blades. Just over a minute into overtime, Lukas Hansen would bat the puck out of the air to win the game 4-3.

The second game of the series will take place in Warman tomorrow, with puck drop scheduled for 7:00 pm. This will be the final rehearsal match before the regular season kicks off in Prince Albert next Friday. Doors open at the Legends Centre tomorrow night at 6:00 pm. Tickets are available at the door for $10, with all proceeds going to Warman Minor Hockey. Blades fans can tune in on the radio on CJWW 600, where the official voice of the Blades Les Lazaruk will be calling the game. 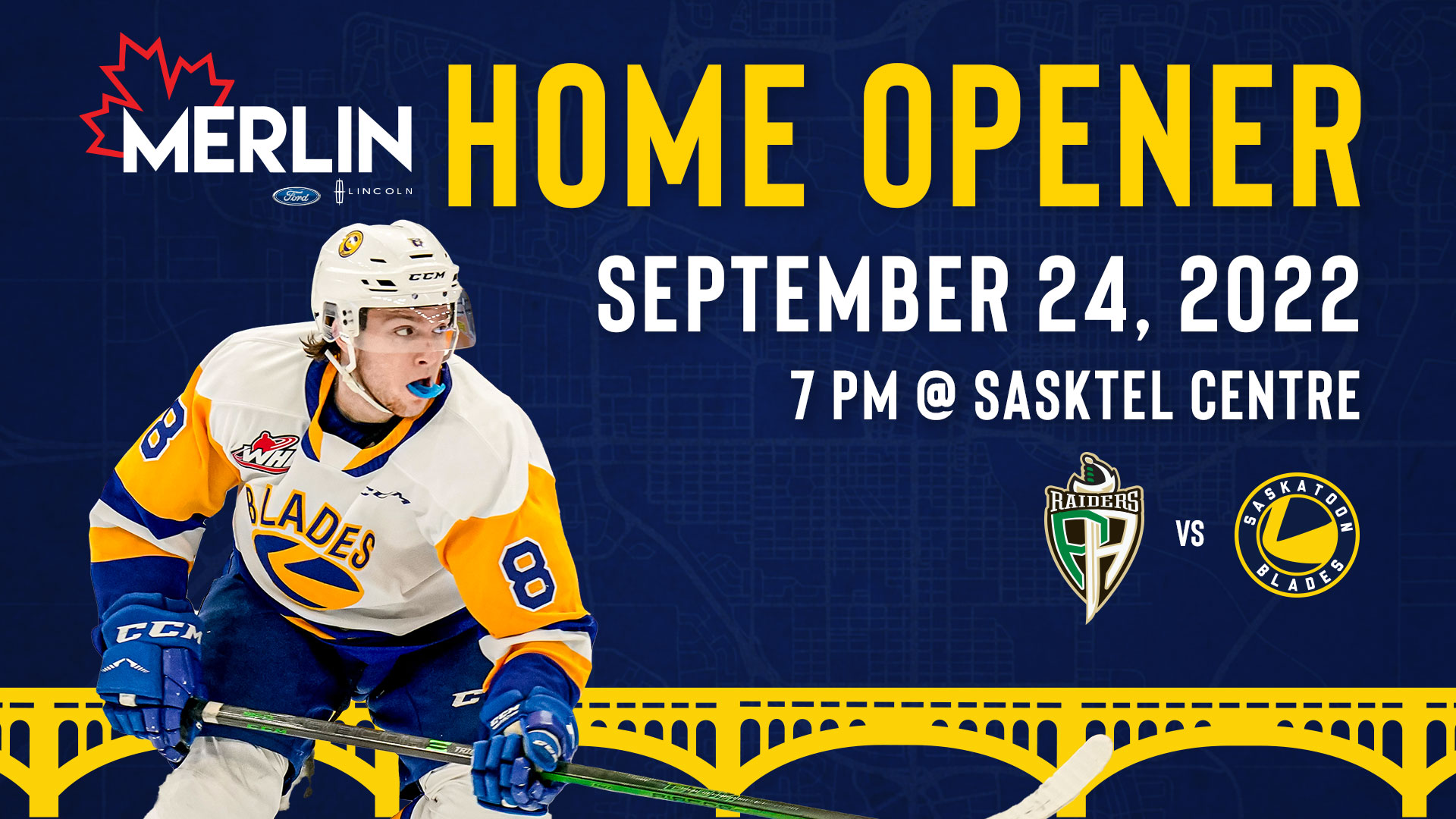