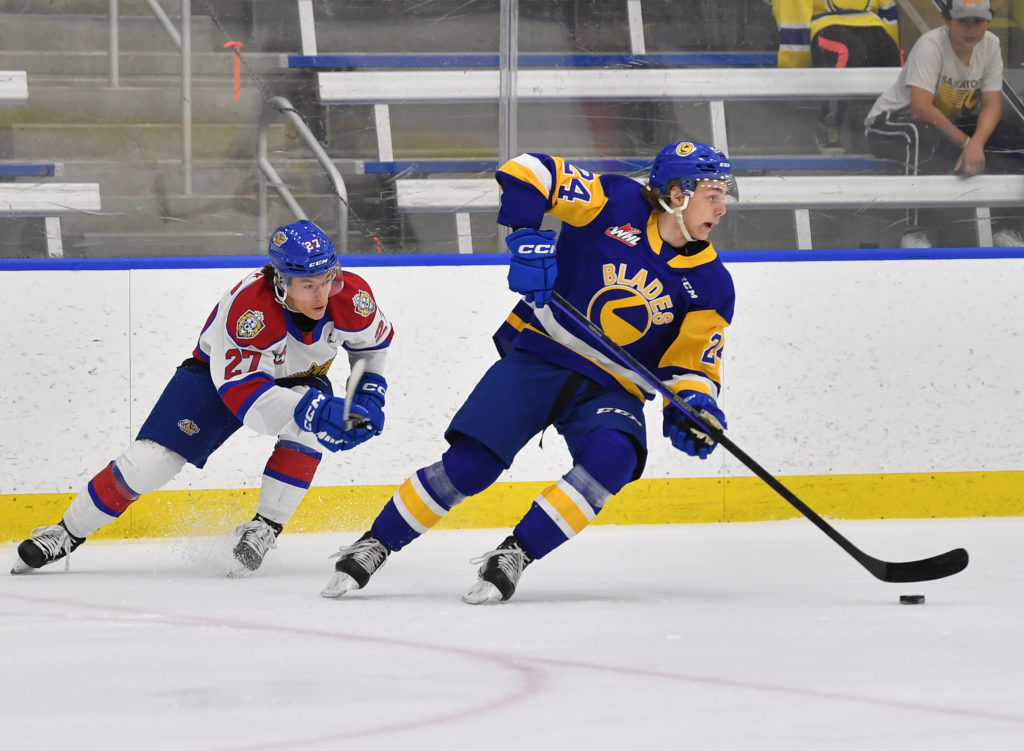 Edmonton, AB – The Saskatoon Blades won the first game in their back-to-back pre-season series against the Oil Kings in Edmonton tonight. The final score in the contest ended 4-3 for the blue and yellow.

Conner Roulette wasted no time leaving a mark on his first game as a member of the Blades, after the forward scored only five minutes into the game. Roulette added a second to extend the lead 4-2 early in the third period. Jordan Keller and Lukas Hansen also scored on the evening. Between the pipes, Austin Elliott stopped 20 of 23 shots he faced to secure the victory. For full game details, see the link below. 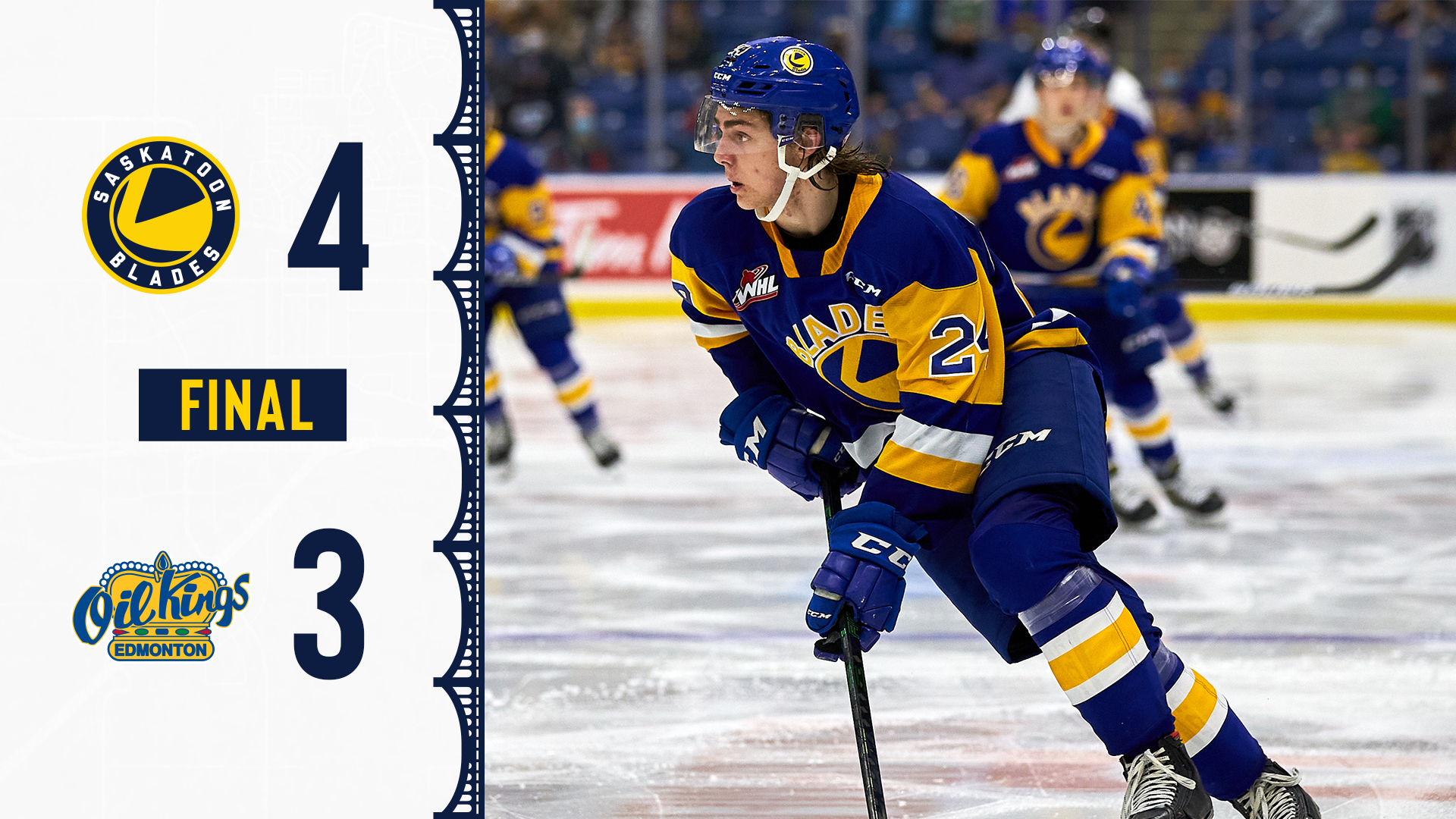 First round pick in the 2022 Import Draft, Tomas Zizka left the game with an undisclosed injury midway through the second period and did not return to the game.

The Blades face the Oil Kings once again tomorrow afternoon at 4 pm MT at the Downtown Community Arena, in Edmonton.