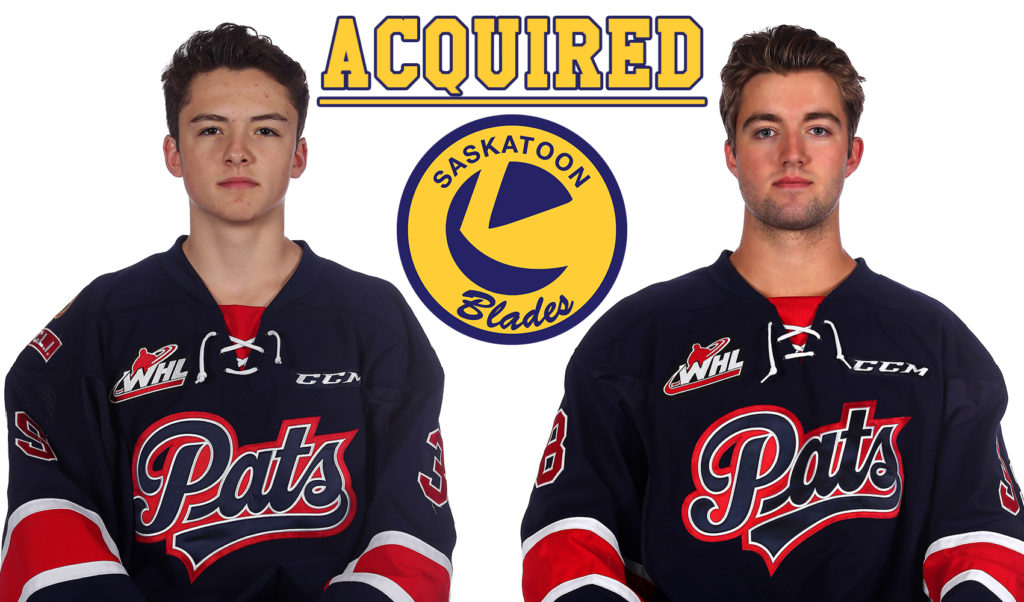 The Saskatoon Blades have completed a trade with the Regina Pats sending ’98 born import defenceman Libor Hájek to the Pats in exchange for ’98 born defenceman Dawson Davidson, ’01 born forward Tristen Robins, and a 2019 1st round draft pick.

“We really felt the return (for Libor) was too substantial to turn down,” explained Blades General Manager Colin Priestner. “We wanted to make it clear to our team and our fans that we aren’t giving up on this season by acquiring a player of Dawson Davidson’s status as a guy who can play two years for us and has potential to be a 50-60 point guy from the backend.” 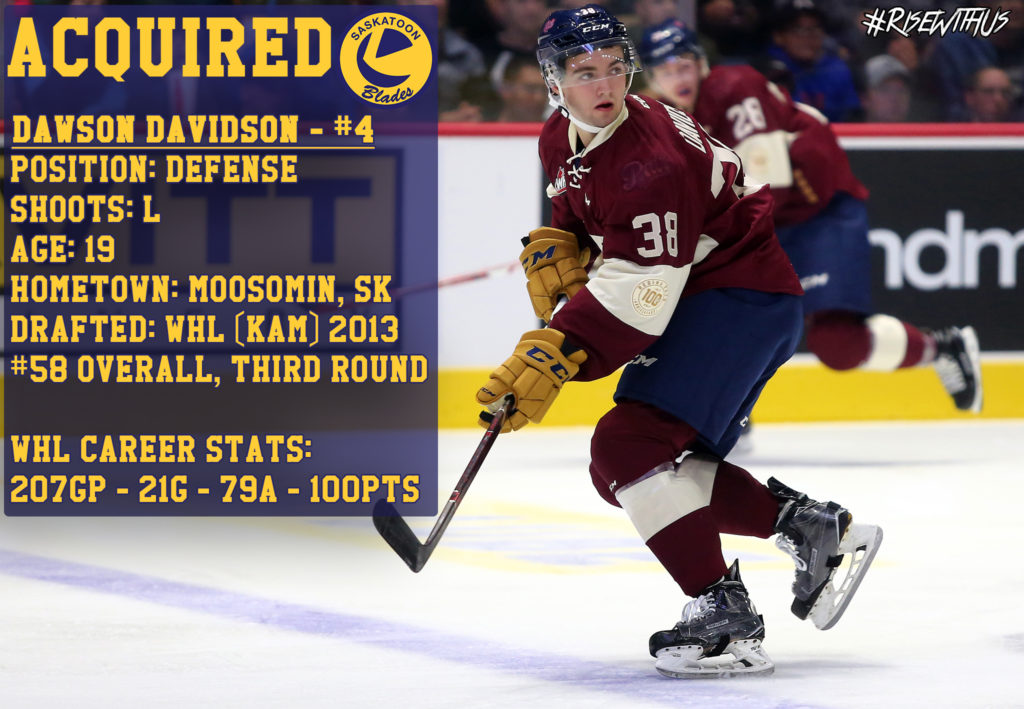 19-year-old Dawson Davidson, originally from Moosomin, Saskatchewan, comes to the Blades with a wealth of experience. He has played 207 regular season games throughout his career, compiling an even 100 points including 21 goals and 79 assists. Davidson was originally selected 58th overall by the Kamloops Blazers in the 2013 WHL Bantam Draft. Standing at 5’11” and 179lbs. This season, Davidson has scored 7 goals and 20 assists this season in 43 games with Regina.

Dawson’s personal accolades include being named the Top Defenceman at the 2014 Telus Cup with the Moose Jaw Generals as a rookie and scoring the most points by a defenceman that season in the Saskatchewan Midget AAA League with 39. Davidson set a career high of 39 points in 59 games with the Kamloops Blazers during the 2015-16 WHL regular season.

Priestner added the 2019 first round draft pick was also enticing given the probability of it being a high pick. “If history is an indicator, Regina’s first round pick next year has a serious chance of being a lottery pick as Memorial Cup host teams often go through a tough phase. So to have that first pick next year we feel that gives us a good chance at selecting a star player.” 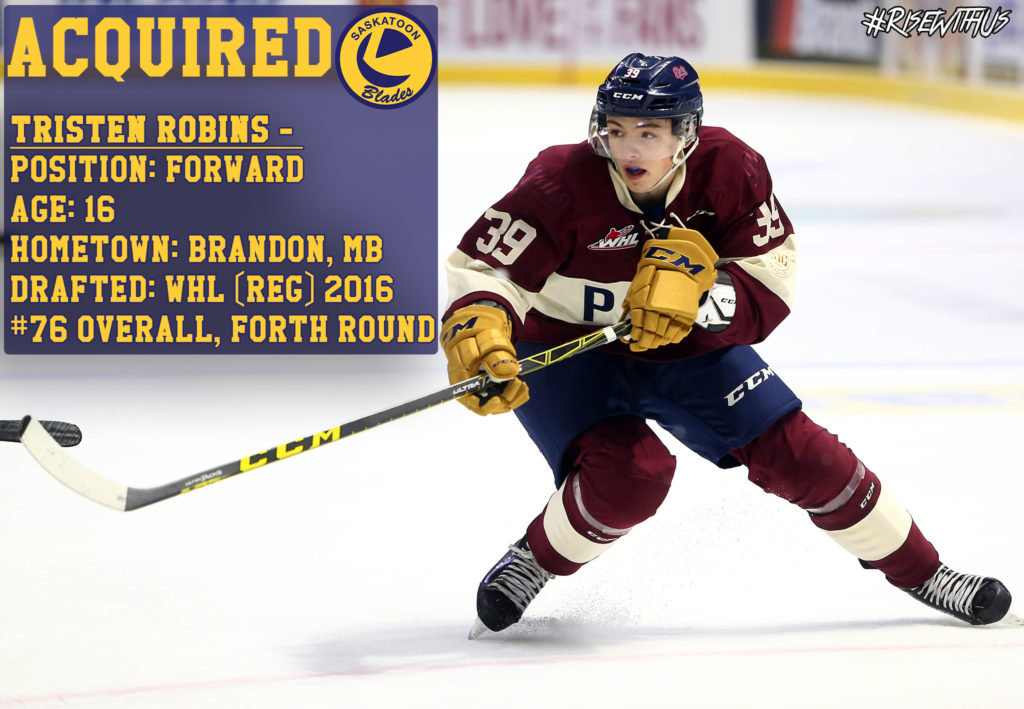 The third piece in the package coming back to Saskatoon is 16-year-old forward Tristen Robins who was selected 76th overall by the Regina Pats in the 2016 WHL Bantam Draft. Robins is currently playing with the Rink Hockey Academy Midget Prep team out of Winnipeg in the Canadian Sport School Hockey League.

“Tristen Robins is a player we’ve coveted for a long time, his dad was a Blade and he’s an extremely exciting young player,” said Priestner. “Tristen is a skilled, smart, modern player. He’s a little undersized and he’s a late birthday so there’s no rush for him this year as a 16-year-old, but he’s a player that’s trending up and we feel he’s going to be a contributor to our offense.” Robins led the Winnipeg Bantam AAA league with 51 goals in his WHL draft year. This season with Rink Academy, Robins has 11 goals and 13 helpers through 18 contests.

Colin Priesnter also added it was an extremely tough decision to move a player of Libor’s character and calibre, but did say it makes it a little easier knowing Libor will have a good opportunity to once again showcase his skills on the big stage and compete for a Memorial Cup.

The Saskatoon Blades would like to thank Libor Hájek and his family for their contributions to our organization and community on and off the ice.

Dawson Davidson is expected to join the Blades for practice at SaskTel Centre on Tuesday, and make his debut in the pacman sweater wearing #4 on Wednesday night when the Blades play host to the Medicine Hat Tigers.