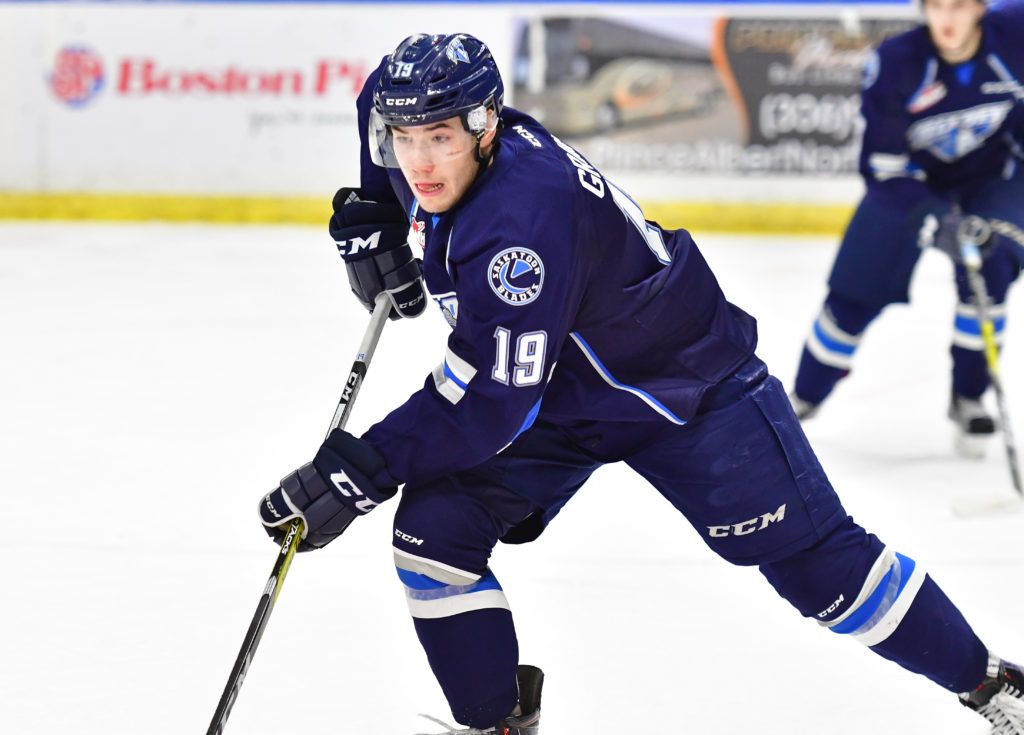 Graham, who missed the first 13 games this season as a result of a lower body injury has 1 goal, 4 assists, 10 penalty minutes and a -9 rating through 11 games this year. Graham was the longest standing member of the Blades, having played 248 regular season games for Saskatoon with 116 career points.

Blades General Manager, Colin Priestner, believes the deal gives his club depth and flexibility moving forward, “Ryan has been a loyal Blade for over 4 seasons, and has been a great ambassador for our organization on and off the ice. Knowing our overage situation, we met with Ryan and both sides agreed a change of scenery for his final season of junior hockey would be beneficial for both Ryan and the Blades.”

With Jesse Shynkaruk coming off the injured reserve list, the Blades had to make a decision on one of their four overage players. Saskatoon currently has eight 17 year olds and two promising 16 year olds on the active roster, and adding the draft picks puts the Blades in a great position to continue building towards a championship team. Saskatoon holds two 1st round picks, two 2nd round picks, and a 3rd round pick in the upcoming 2017 WHL Bantam Draft. Another recent trade which sent the rights of Jonathon Tychonick to the Calgary Hitmen, could see the Blades acquiring a third 1st round pick this Spring from the Hitmen, should Tychonick sign in Calgary. “With this 2nd round pick, we’re now in an extremely strong position with two 1sts and two 2nds for this year’s draft, and we feel this gives us great flexibility and many options moving forward.” added Priesnter.

The Saskatoon Blades would like to thank Ryan for his contributions and commitment to the city of Saskatoon over the years, and wish him all the best moving forward with the Swift Current Broncos.

Saskatoon returns to action on Tuesday night when coincidentally enough, they visit the Swift Current Broncos. Jesse Shynkaruk will return to the Blades lineup, while Ryan Graham is expected to make his Broncos debut against the Blades.