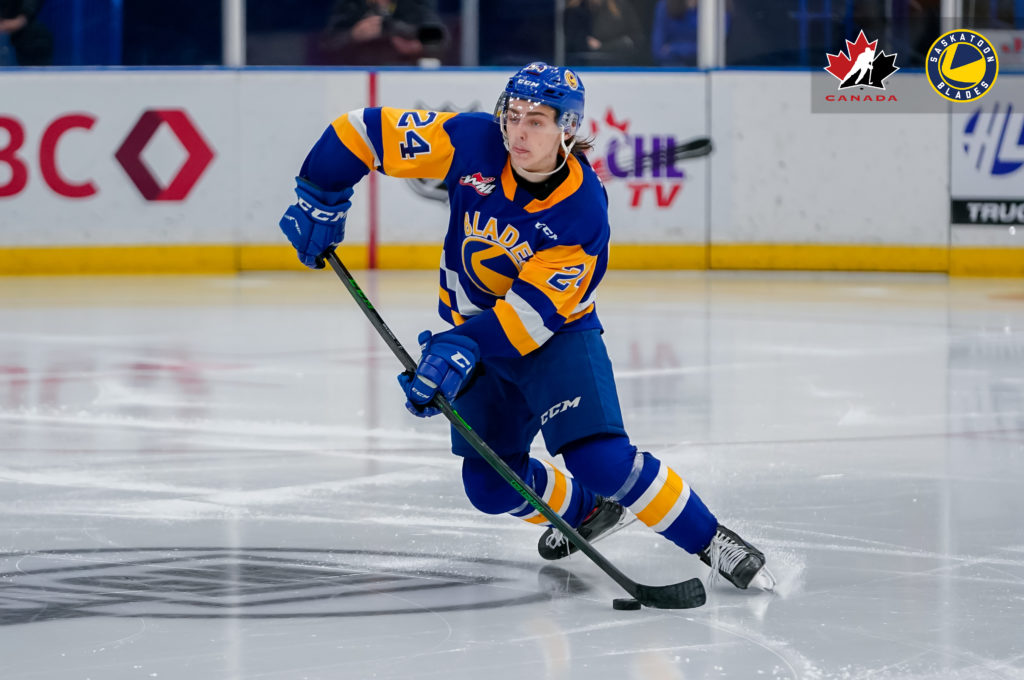 OTTAWA, ON — Tanner Molendyk is two wins away from Capital City Challenge gold.

The Saskatoon Blades power defenceman joins Team Canada Black U17 for a semi-final showdown against the National Women’s Team on Tuesday evening at 6:00pm CT. The winner will take on either Team Canada White U17 or Team Canada Red U17, who are heading into battle earlier in the day.

Molendyk has proven his place among the best U17 players in Canada, gathering three assists in three games, and helping Canada Black take top spot in preliminary action with an undefeated 3-0-0 record.

📹 | A massive night for @Zachbenson2020 including this goal off a passing play with Tanner Molendyk and Calum Ritchie. Benson ended with 7 points in 🇨🇦⚫️'s 10-5 win over 🇨🇦⚪️.

Prior to leaving for Ottawa, The McBride, BC product said it was an honour to be selected to represent Canada in this tournament, and although it’s a huge accomplishment, he’s taking each day one at a time.

“I’m just focusing on the task at hand and what’s ahead of me,” said the Blades 2020 first-round draft pick. “I don’t really get too caught up with what’s going on behind me, I’m just preparing for each game and each shift at a time and trying to be my best. I’m owning up to what’s ahead and ready to go after it.”

Team Canada Black earned a 4-1 victory over the National Women’s Team in preliminary action — a game which saw Molendyk assist on the opening marker just 33 seconds in on the powerplay.

Should Canada Black earn another win in the semi-finals, the 5-foot-11, 177-pound blueliner will go for gold Wednesday at 6:00pm CT from TD Place Arena.

“It’s an honour to put the maple leaf on my chest,” Molendyk added. “Not many get this kind of an opportunity, I’m looking forward to showing them what I can do and bring the full toolbox to the table.”

Fans can tune into that action LIVE by CLICKING HERE.

NOTE: Saskatoon Blades equipment manager Riley Kosmolak is also joining Molendyk on Team Canada Black U17, and will be on the bench for Tuesday’s semi-final against the National Women’s Team. Fellow hockey operations member Josh Hoetmer is on Team Canada White U17 as the mental performance consultant.