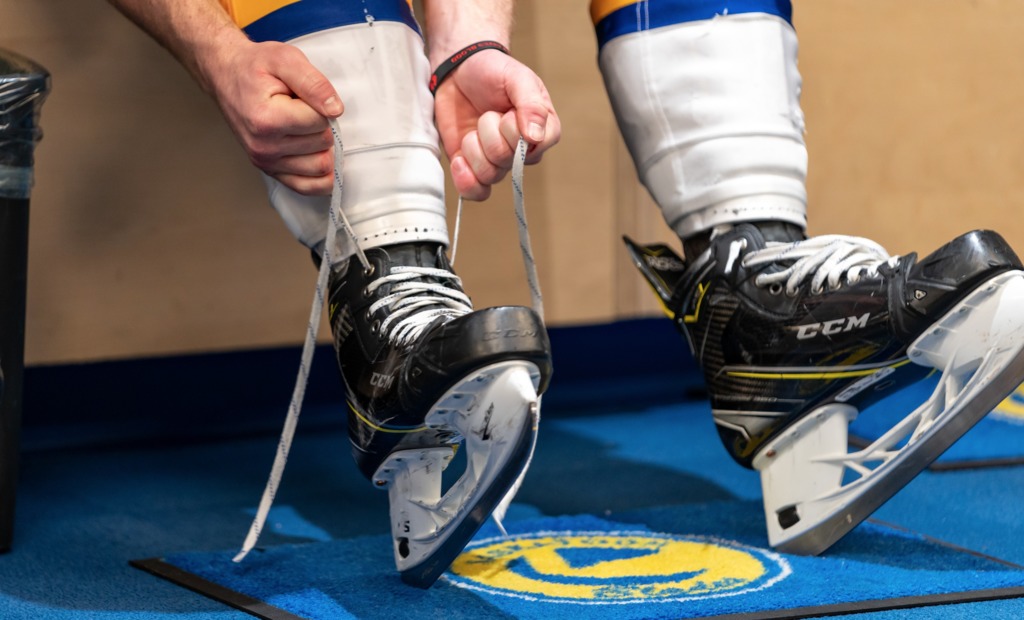 The annual CHL Import Draft takes the spotlight across the country at 9:00 a.m. MST on Tuesday, June 30th, and the Saskatoon Blades are piecing together a game plan on who to select.

This year, the Blades have been awarded the 33rd overall selection in the first round after the CHL held its Import Draft Lottery last week.

Obviously, this year’s rendition is unique in many ways. The COVID-19 pandemic shut down borders across the world, making it challenging for all 60 CHL teams to evaluate players in Europe. Additionally, the NHL Entry Draft usually takes place in the days ahead of the CHL Import Draft, which has been used as a measuring stick on who to potentially select. The NHL has yet to say when and how it’ll conduct its draft.

Despite the added adversity, Blades director of scouting Dan Tencer says it’s all systems go ahead of what could be a huge day for the organization.

We sat down with Tencer for our latest edition of Ask the Experts to learn more about this year’s Import Draft, and how the Blades are preparing.

Q | What sort of guidelines do we have to adhere to in selecting in the CHL Import Draft, knowing we already have two import players (Martin Fasko-Rudas & Radek Kucerik) on our roster?

A | We are entitled to make one selection in this year’s CHL Import Draft. Despite having two Import players on our roster already, this selection is provided to us by virtue of Martin Fasko-Rudas being an Overage (20-year-old) player in addition to an Import. We’re extremely happy with both Imports on our roster.

Q | Obviously there are added challenges which go into this year’s draft due to the COVID-19 pandemic. How do you prepare for a draft in which you may not know a whole lot about each player? What other challenges are you faced with?

A | The COVID pandemic hasn’t really changed how we scout the Import players. There were a couple of tournaments featuring international players that we were able to attend earlier in the season and, as always, the lion’s share of the work is done by watching video as well as interviewing players and talking to their representatives.

What COVID did impact that has a real effect on us is the timing of the NHL Draft. Traditionally, the CHL Import Draft takes place after the NHL Draft. This year, it’s before. Not only is the NHL Draft a great time to network with contacts (agents, other scouts) in person, it’s also an opportunity to find out which team selects a player you might be interested in and gives you time to find out whether or not they’ll push for him to come to North America. Without the benefit of seeing how the NHL Draft plays out, it’s a bit harder to peg down the plans for some of the higher-end players.

Q | What are some of the qualities in a player that you’re looking for? Does it change year after year?

A | First and foremost you want to find players who have a real hunger and desire to make the jump to North America and take a real crack at pro hockey. Moving that far away from home to a totally new country and culture is a really big transition and to be successful, the burning desire to head in that direction is very, very important. The player advisors involved in the process generally do a really good job gauging their clients to help us have an idea who might be better suited to come over and obviously the player and family interviews that we conduct are a big part of that process.

As far as on ice is concerned, drafting players a little older and ready to step into the lineup right away allows you to select a bit based on positional need if there’s a certain spot you’d like to improve in your lineup. But, as far as talent is concerned, you want to find guys with the same speed, skill, determination and character that you look for in any draft.

Q | Generally speaking, what are some of the differences you notice between the European game and major junior hockey in Canada? Are there learning curves that import players need to overcome?

A | The biggest factor to start with is the cultural differences that make it difficult for any European player to thrive in their first year in Canada. Language is the obvious one but things like food, homesickness, and fitting in are big challenges for any teenager coming to a new country and the more open a player is to immerse themselves, the better.

As far as the game goes, the biggest differences are the size of the ice and the style of play. With the North American game being played in a more compact space than what these players are used to in Europe, having to make that decision a half-beat quicker and withstanding pressure that comes a little faster is a big adjustment. The European game was generally considered more skill and speed based in the past but that has changed in recent years with the adoption of many skill-based teaching methods in North America.  But, like anything else, if they come over with a real eagerness and passion to do it, we have all the resources in place to make the transition as smooth as possible for them.

Q | Have you been in touch with many of the European players in this year’s draft class?

A | Because of the language barrier we generally deal with agents and not players directly when it comes to the Import Draft process. We’ve spoken with every agency who we deal with, but the difference this year was that we know we already have two returning Import players that are a part of our culture and can be impact players for us this season. So, that has changed the tone of the discussion with agents and players. We had to be honest with agents about what our situation was because bringing over a third player who was on the outside looking in isn’t fair to them or Martin or Radek, especially with so much up in the air this year.

We have a plan as to what to do with the pick since we feel are playing with “house money” when it comes to our situation, but with COVID-19, we also need to be strategic about covering some different bases should any European countries be in different situations in terms of international travel when our season opens.

For a complete look at the CHL Import Draft order, and to follow along as the draft unfolds, click here.