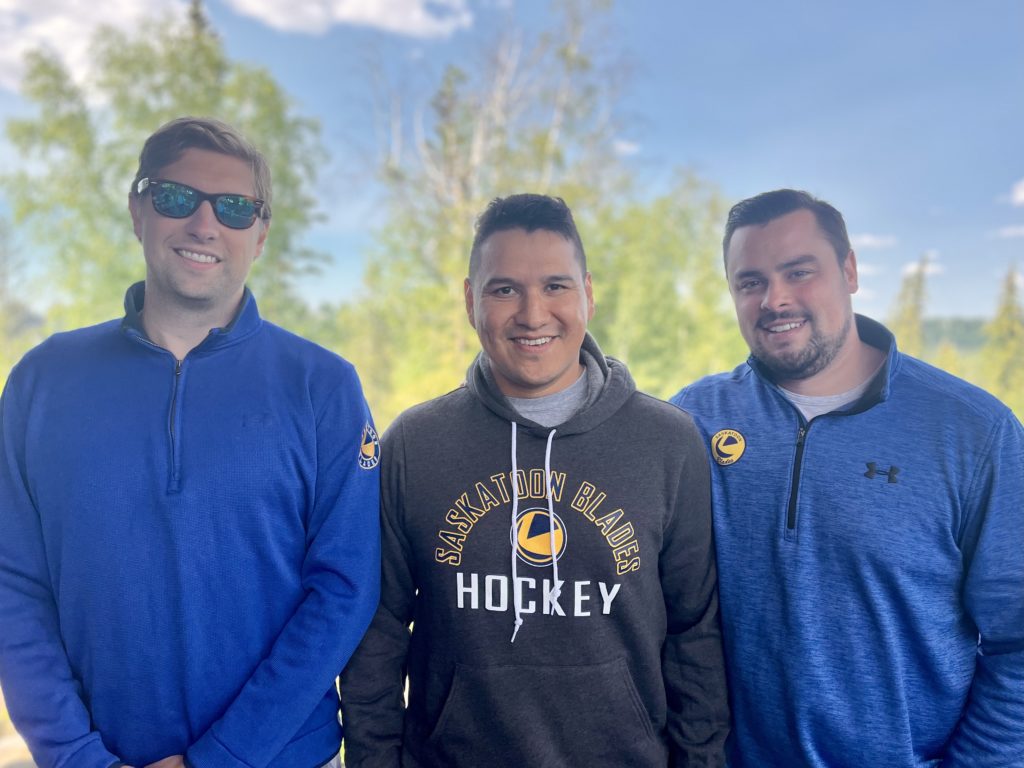 Rabbit, a 35-year old product of Kainai First Nation, AB, started his WHL career in Saskatoon in 2001 and spent five seasons with the Blades. Rabbit played 259 regular season games in a Blades uniform, and was named captain in his final season before he moved up to the AHL and played with the Providence Bruins in 2006. The left-shot centreman was later traded to the Vancouver Giants where he played his last WHL season helping the Giants become the 2007 Memorial Cup Champions.

“It’s incredibly exciting to add Wacey to the coaching staff,” stated general manager Colin Priestner. “Not only is he one of the most beloved and respected players in Blades history, he went on to have an outstanding professional career as a player, gaining experience from various different teammates, coaches, and leagues around the world that he can now pass along to our players.”

After 14 seasons as a professional hockey player, Rabbit announced his retirement from playing in August 2021.

In October 2021, Wacey signed his first coaching contact with the Alberni Valley Bulldogs of the British Columbia Hockey League. The Bulldogs finished first place in the coastal division, where the team made it to round 2 of playoffs before losing out to the Langley Rivermen in game 6.

“we’re fortunate he was able to get a years worth of experience on a strong Port Alberni team in the BCHL last year which will make his learning curve much easier stepping into the WHL as a coach.” Priestner then touched on the type of leader and role model Wacey is. “He exemplifies perseverance on and off the ice and he’s been a role model for indigenous youth across the country. We’re just thrilled to have him and his wife Ashley join our organization and become a part of our community this fall.”