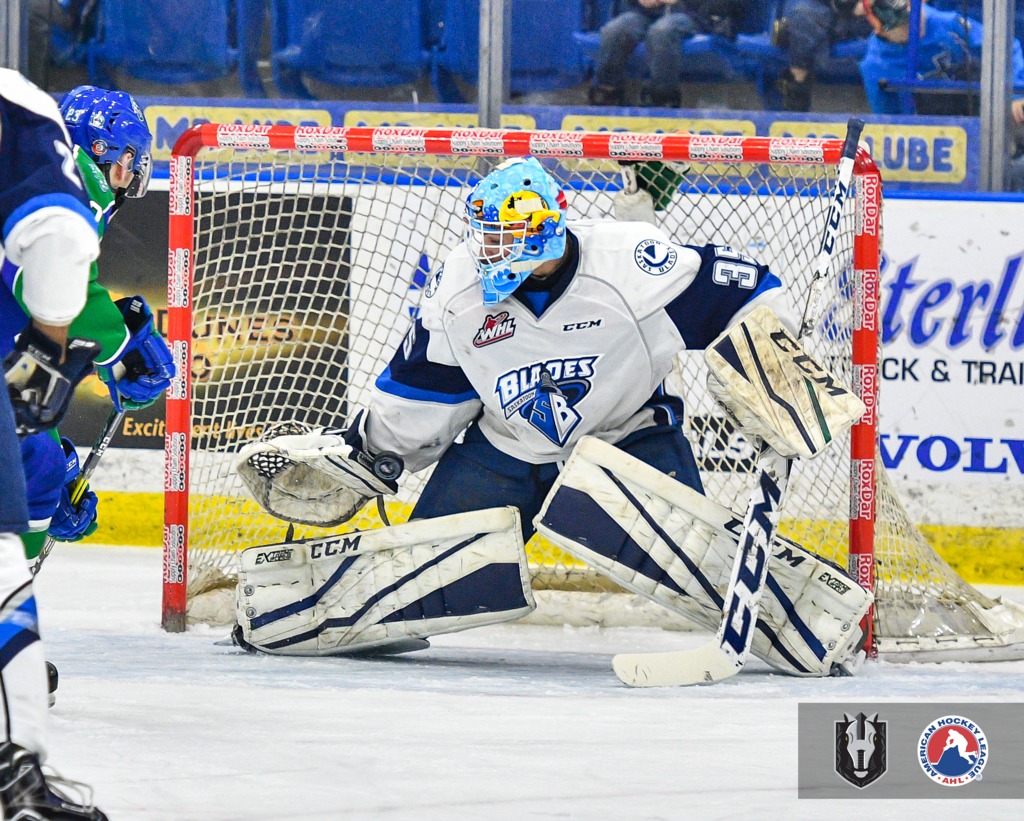 The Regina native suited up one season for the Blades in 2016-17, becoming a fan-favourite in a short period of time. In 42 games, Flodell rocked a .912 save percentage, and a 2.81 GAA, three shutouts, and 22 wins in 42 games. That season rewarded him by being selected to the Eastern Conference 2nd All-Star team.

Flodell was traded to the Swift Current Broncos for a season, before finishing off his WHL career with the Lethbridge Hurricanes in the 2017-18 season.

The right-handed netminder went on to play two years at Acadia University in Nova Scotia, earning a .918 save percentage in 26 games during his second year.

The 24-year-old recently signed a professional contract with the South Carolina Stingrays of the ECHL over the Christmas break.

In three starts, the former Saskatoon starter won his first pro game and kept a respected .909 save percentage.

In joining the Silver Knights, Flodell also teams up with a plethora of Saskatchewan products, including Saskatoon-native Jake Leschyshyn and Yorkton’s Kaedan Korczak.

Once a third-round pick of the Seattle Thunderbirds in the WHL draft, Flodell has a chance to join a team on the hunt for a playoff position, currently sitting third in the AHL’s Pacific Division with a 16-10-2-1 record. The Silver Knights joined the AHL in the 2020/21 season as the affiliate to the Vegas Golden Knights.