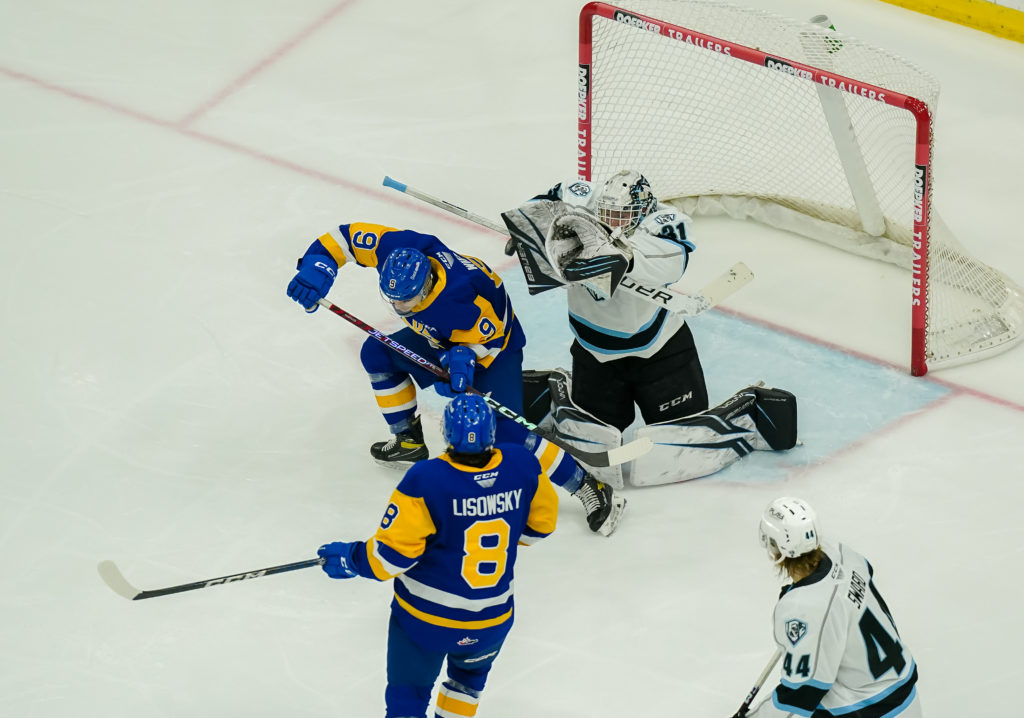 We’re proud to partner with Discover Saskatoon to bring you Pride Night — a night dedicated to recognizing the importance of inclusion and acceptance in the community.

The boys will be sporting special Pride-themed jerseys, complete with a unique logo, and rainbow aesthetics on the numbers, socks and sleeve/waist striping. Different words relating to the Pride community have replaced the players name on the back as well.

Want to own one of these unique jerseys? There will be an online auction running from 9:00am Nov. 26th – 12:00pm Dec. 4th – with all proceeds from the sale going to OUTSaskatoon!

The Saskatoon Blades (15-5-0-0) seek revenge against the Winnipeg ICE at SaskTel Centre after a 6-3 loss to them last night. It marks the final game on the Blades five-game home stretch.

Both teams were ranked top ten in the CHL this week, the Blades earning seventh and the ICE at the top.

Saskatoon had their four-game win streak snapped by Winnipeg. Blades forwards Justin Lies and Josh Pillar both shined in the loss, each recording a goal and assist in the first half of the back-to-back.

The Blades are dancing amongst the top teams in the WHL. They sit third in the Eastern Conference with 30 points, trailing only the second place Red Deer Rebels (35) and first place ICE (44). Saskatoon has four games in-hand on Winnipeg and three on the Rebels, making tonight a good chance to close the gap. 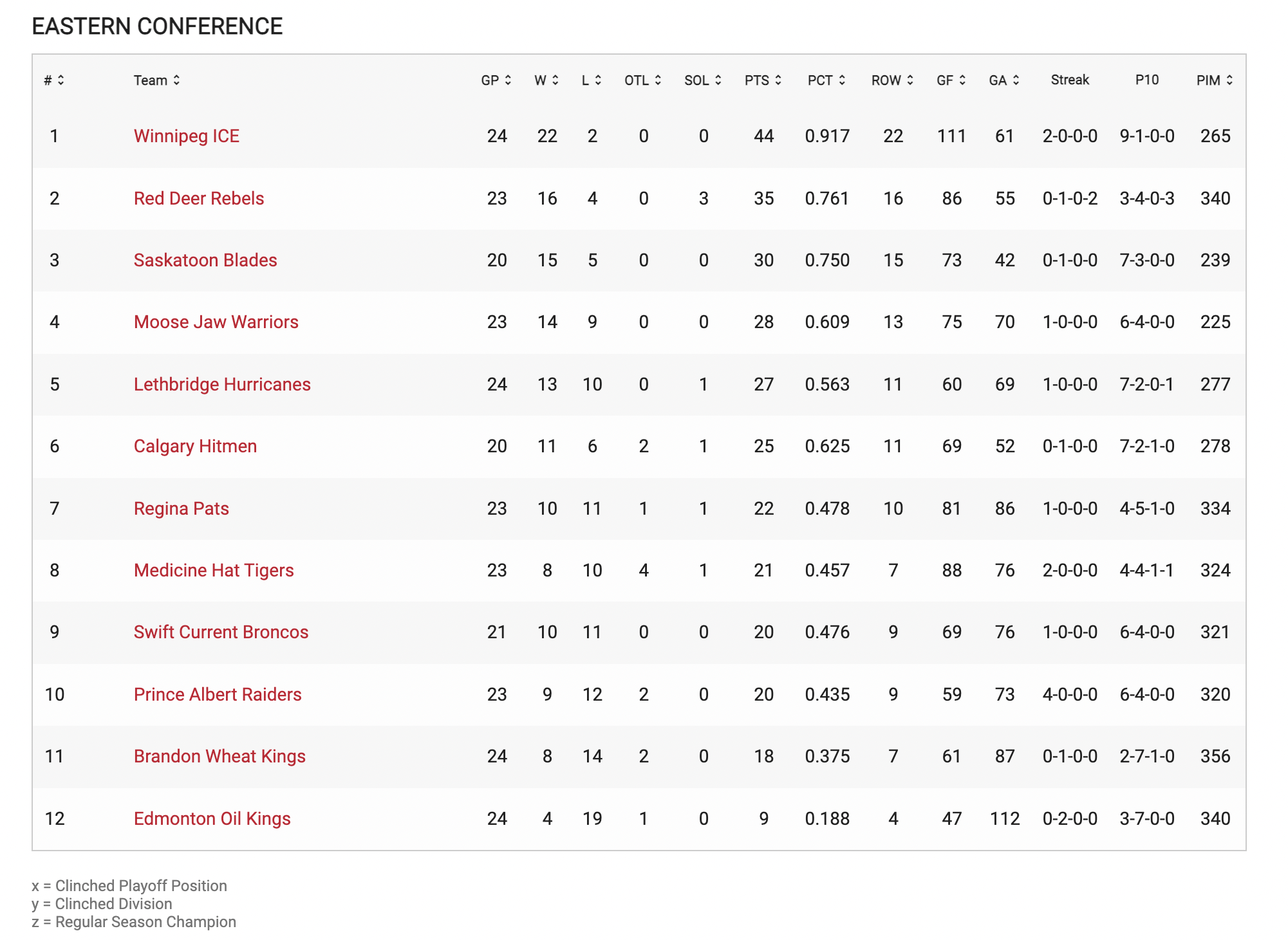 Minnesota Wild draft pick Josh Pillar was an offensive threat all game last night. The WHL senior recorded two points in the win, giving him 12 in 11 games on the year. Pillar is one goal shy of 50 career WHL goals.

Josh Pillar unleashes a wicked one-timer for his 4th of the season! pic.twitter.com/6His5DLUr9

6-foot-2 forward Justin Lies showed his hockey skill last night, but also some hidden baseball talent. Lies batted in his fourth goal of the season on the powerplay from a Pillar one-timer at the hashmarks. The Flin Flon, MB native is up to 11 points in 17 games.

You're going to want to watch this one on repeat 😮

Justin Lies with the unbelievable hand-eye on the power play goal pic.twitter.com/6E8pGhDTOs

Winnipeg, MB’s own Conner Roulette started the scoring for the Blades against his hometown team in the loss. Roulette was left all alone as a scramble ensued in front of the ICE’s crease, whipping a loose puck into a wide open net. The Dallas Stars prospect is three games shy of 150 career games in the WHL.

Roulette pounces on the rebound after a mad scramble and ties the game.

That's his 8th of the season! pic.twitter.com/myZBeah9QK

The Blades hit the road to Alberta when the visit Edmonton to tackle the Oil Kings.