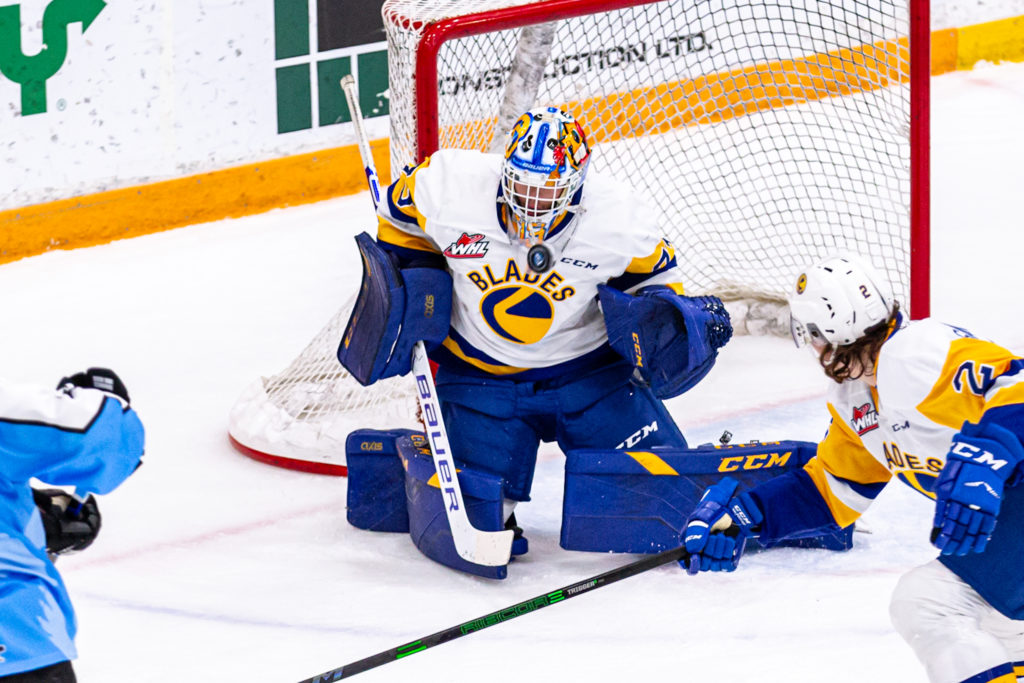 Saskatoon mounted a late charge in Friday night’s affair, scoring twice in the third period to cut the lead to one, but ultimately dropped a 4-3 decision.

The Blades head into the game winless in three straight, and dropping six of the last seven, including two previous contests in mid-November to the ICE.

This is the final game as part of nine straight away from home for Saskatoon, who was vacated from their home building due to Curling Canada’s Olympic Trials.

Alternate captain Kyle Crnkovic notched the Blades opening marker against Winnipeg on Friday, cutting the ICE’ lead to 3-1. The Chestermere, AB product leads the team with 13 goals this season, and has multi-point performances in three of his last four games.

Rebounds are dangerous when #16 is in front 😏 pic.twitter.com/d6qI2Pj42P

Captain Aidan De La Gorgendiere continues to find the scoresheet, sitting first in team defensive scoring and collecting the second most assists on the team with 18. The native of Langley, BC has pitched in on goals in three of the last four games, and has nine points in 12 games since the beginning of November.

Draft eligible forward Brandon Lisowsky notched his 10th goal of the campaign on Friday, and is now up to 15 points this season. The 2019 first-round pick by Saskatoon added an assist to earn his third two-point night of the season.

Keep your eye on the puck, kids. pic.twitter.com/5h3o3jX0bl

Nolan Maier is on the cusp of eclipsing yet another record milestone. The Yorkton, Sk product will match Braden Holtby for the most starts by a Blades goaltender in franchise history when he laces up in his next game. The pending WHL graduate currently has 176 starts, one back of the Stanley Cup champion.

Maier recorded his franchise-record 100th career victory last month, stopping 46 shots in a 2-1 victory over the Brandon Wheat Kings on Nov. 12 to open the Blades nine-game stint on the road. The Yorkton, SK product eclipsed Tim Cheveldae’s franchise record of 85 victories last season, and continues to build on his own record, now sitting at 101 — 19 back of the league record of 120. 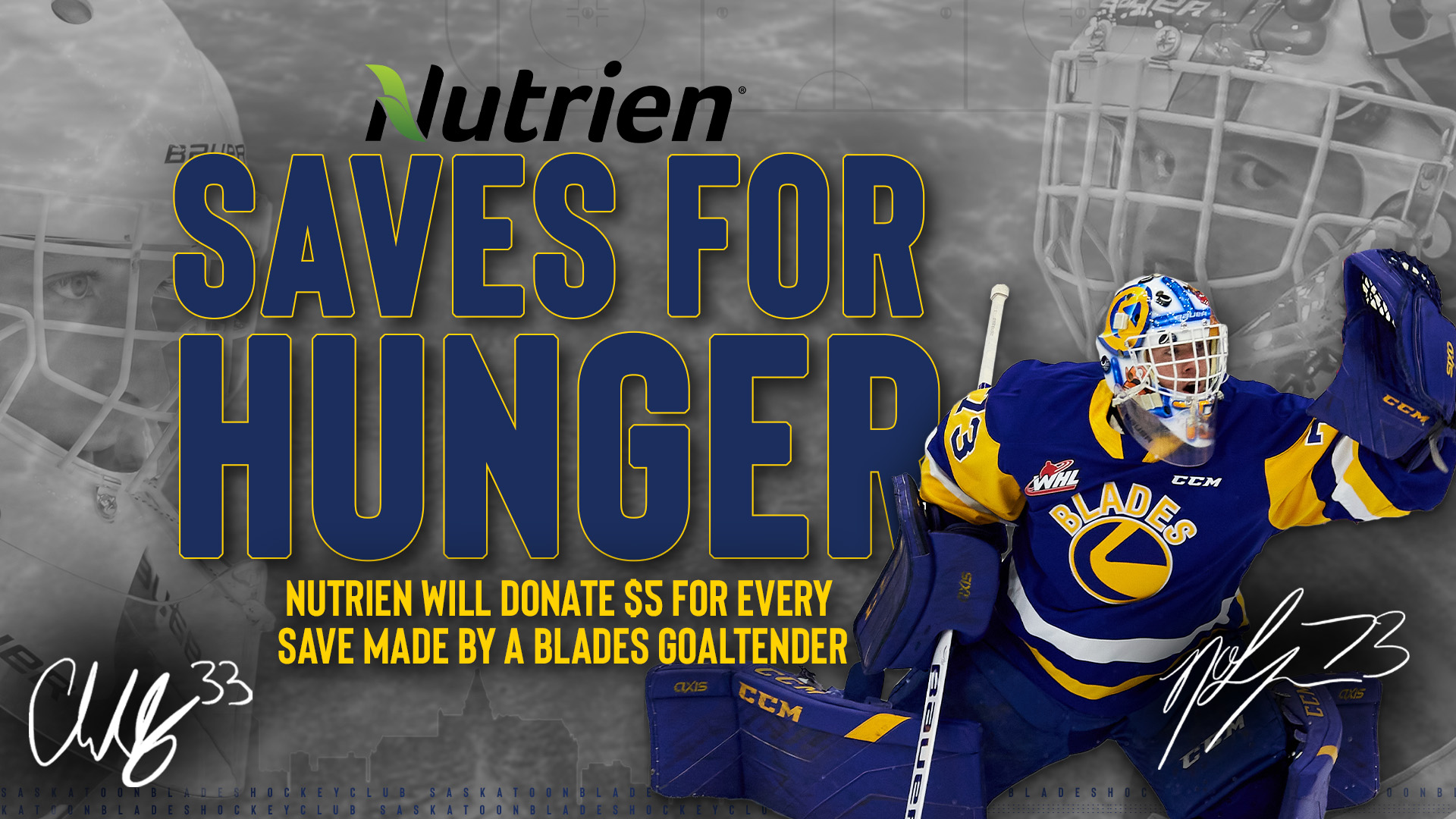 This season, The Saskatoon Blades have partnered with Nutrien to launch the “Saves for Hunger” Campaign. For every save a Blades netminder makes this season, Nutrien is donating $5 to a local organization. Blades goaltenders have made 643 saves so far, running the tally up to 3215 raised as the team heads into Winnipeg. 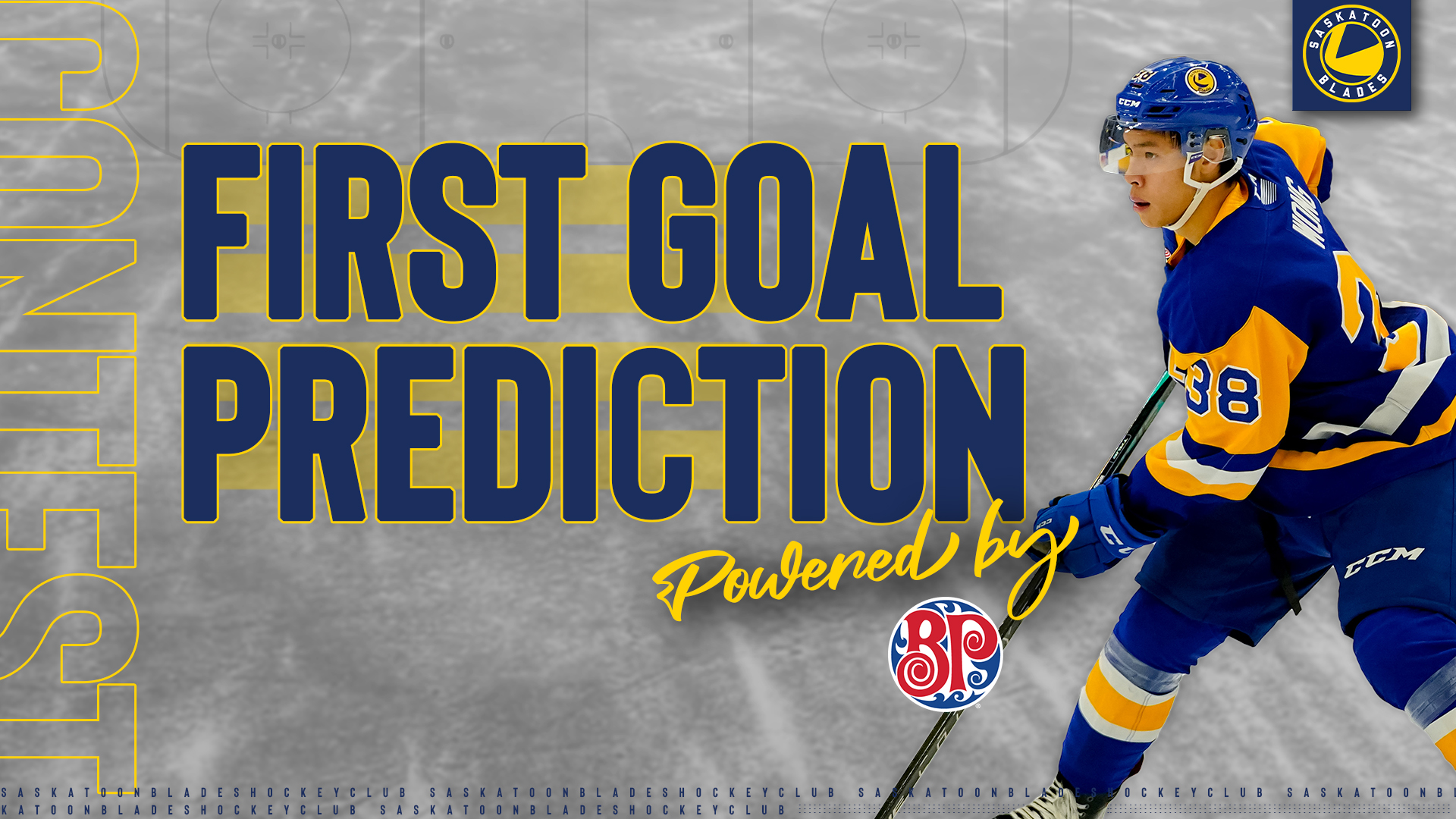