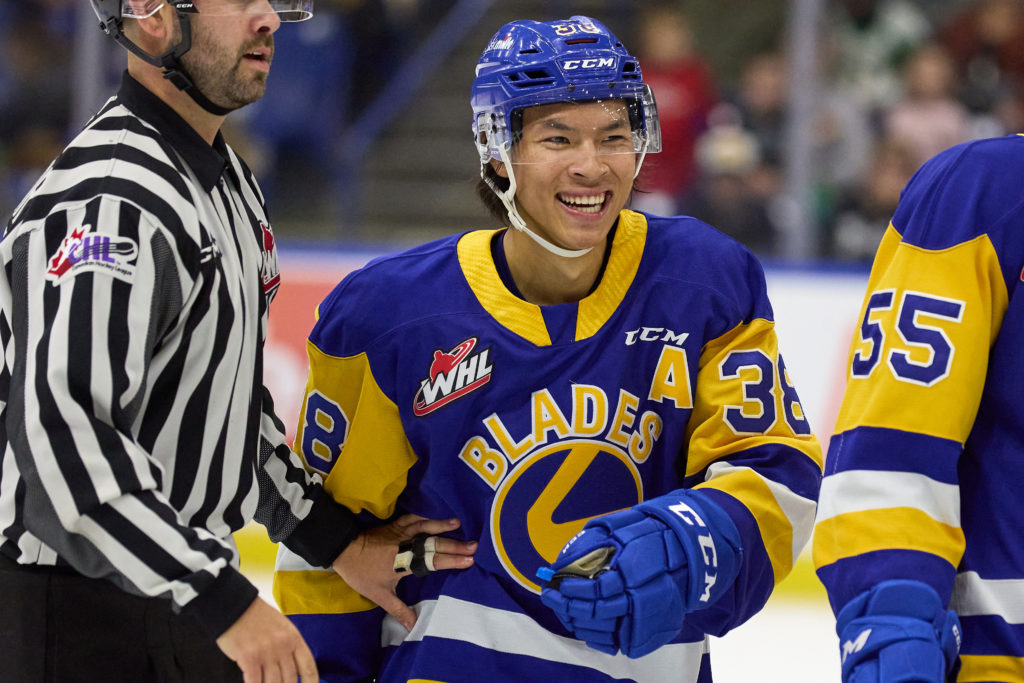 Tonight: The Saskatoon Blades play host to the Swift Current Broncos tonight after beginning the season with two wins and zero losses. The Broncos come into this game with a record of 1-2-0-0, after losing Friday night at home against the Winnipeg Ice 5-0.

Last Game: Tyler Parr was the hero in overtime against the Raiders for the second half of the home-and-home series in Saskatoon last Saturday, defeating Prince Albert by a score of 2-1. Lukas Hansen opened the scoring with his first WHL goal halfway through the first period, but the Raiders found an equalizer just before the first intermission. From there, it became a test for the Blades, who killed off five penalties, including two majors, through the remaining two periods. Austin Elliott, who was named WHL Goalie of the Week, stopped 24 of 25 shots on the evening, with the help of some excellent penalty killing by the team in blue and gold.

They’re Back: Conner Roulette and Josh Pillar have returned from their stints with their NHL Training Camps this week. Both were big pieces in the two victories in Edmonton this pre-season, with Roulette scoring four goals and adding an assist, while Pillar added three assists in the two games. Roulette was added, alongside a 3rd round pick in the 2026 WHL Prospects Draft, in a trade that saw Kyle Crnkovic sent to Seattle. It will be Roulette’s first regular season appearance for the Blades tonight, and his first competitive game at SaskTel Centre.

With a 0.92 GAA & .960 SV%, @BladesHockey goaltender Austin Elliott is your WHL Goaltender of the Week!

Between the Pipes: Both goalies have filled the shoes quite nicely since the departure of Nolan Maier. Ethan Chadwick and Elliott have been working hard, competing against each other, and pushing each other to be at their best. Chadwick made 21 saves on 23 shots in the Blades season opener, which included a couple key saves to keep the game knotted up at 2-2, before the Blades eventually took the lead and won 5-2 in Prince Albert. Elliott, as mentioned above, was sharp in net for the Blades in their home opener.