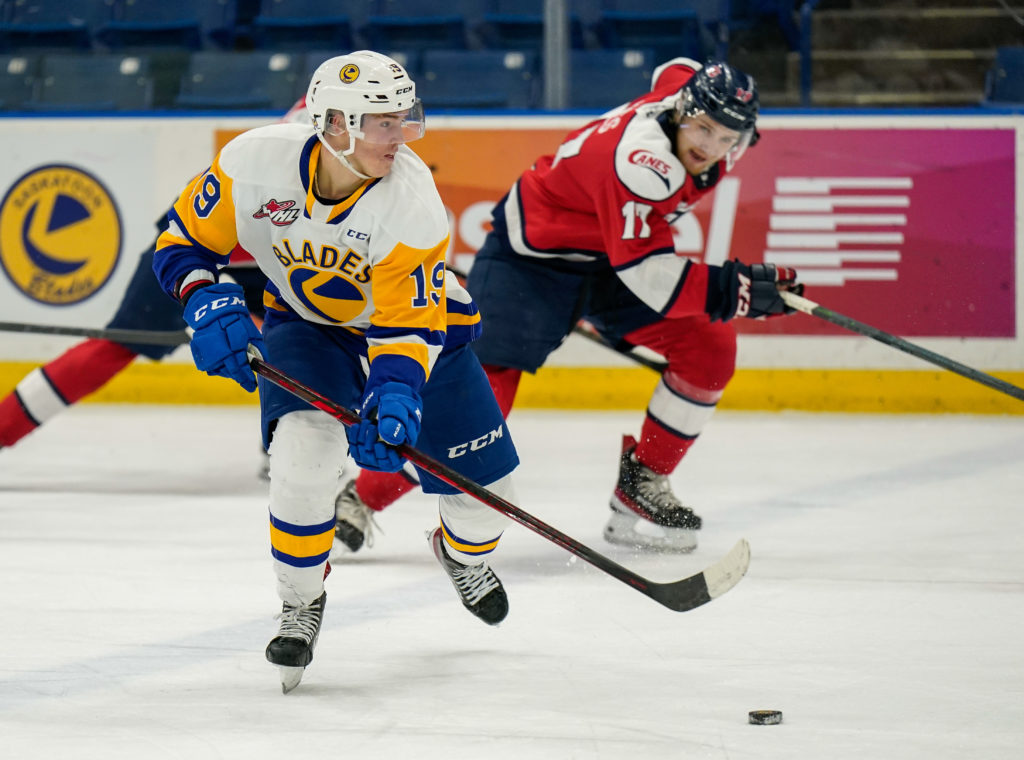 Pucks & Paws: Tonight is Pucks & Paws night at SaskTel Centre, presented by Westbow Construction. Fans can bring their furry friends down to the arena for tonights game. If you are bringing your dog, fans can enter the stadium through Ramp 3.

Tonight: The Saskatoon Blades host the Lethbridge Hurricanes tonight at SaskTel Centre. The Hurricanes come into this game with a 1-1-0-0 record. The Blades remain undefeated with a perfect 3-0-0-0 record, after defeating the Broncos on Saturday by a score of 8-3.

Last Game: It was a night that saw eight goals from eight different goal scorers. Josh Pillar, Rowan Calvert, and Justin Lies all scored in the opening frame. It was Justin Lies first goal as a member of the Blades and the first powerplay goal scored by the Blades this season. In the second period, Egor Sidorov, Trevor Wong, Aidan De La Gorgendiere, and Jayden Wiens all lit the lamp. Wongs goal was the first short-handed goal for the Blades this season. Marek Schneider would add one more in the third to see out the game.

That's three in a row 👌 pic.twitter.com/Q0yBENlvln

Brotherly Love: Tonight, could be the first time that the Chadwick brothers face off. Ethan Chadwick’s little brother Noah Chadwick has faced his hometown team only once, and it came last season in Lethbridge. The player hailing from Saskatoon will have his first opportunity to play in his hometown in the WHL. If Ethan Chadwick starts, it will also be the first time both will be on the ice against each other in the WHL. Ethan was backup to Maier last season in the Blades 6-1 loss to the Hurricanes in Lethbridge last season which featured the younger brother Noah. 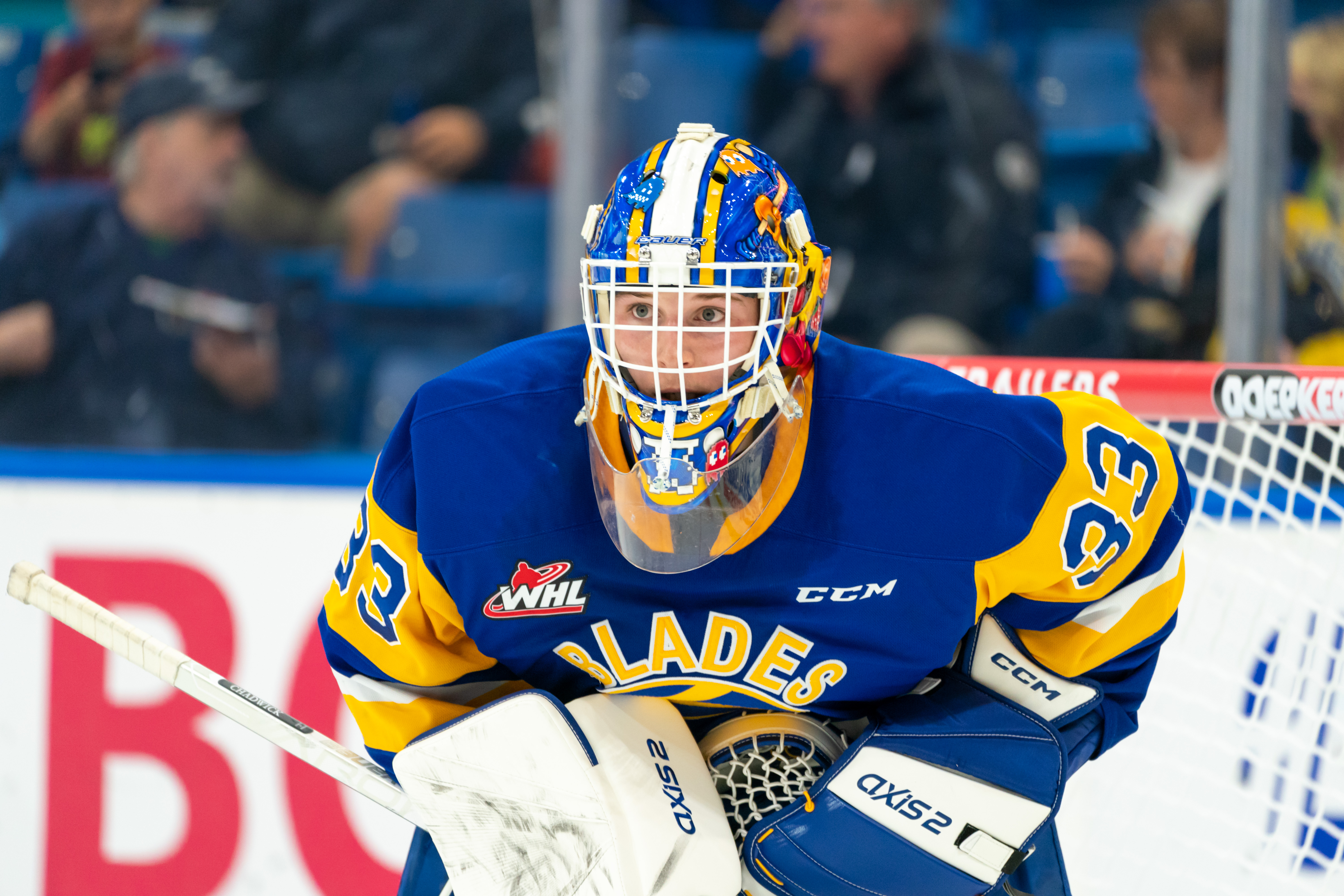 Between the Pipes: Ethan Chadwick had another impressive start in Saskatoon 8-3 win against the Broncos. The goaltender made 24 saves on 27 shots, which included three saves that came in the first two frames to preserve the lead. Chadwick and Austin Elliott have both performed to a point where Head Coach Sonne could lean on either of them for tonight’s game. 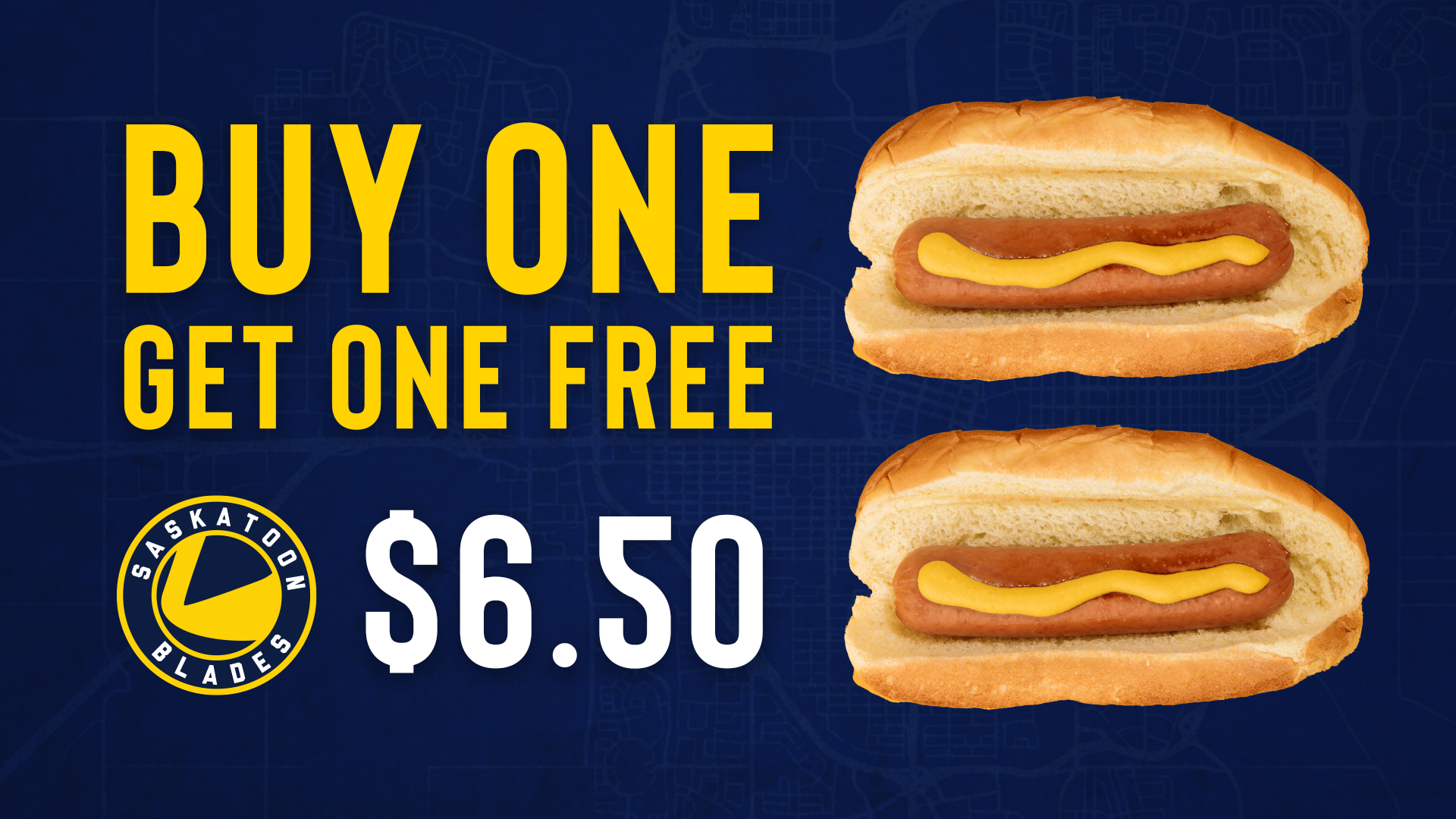 2 for 1 Special: This season for all our home games that land on weekdays, we’ve got hotdogs on special! You can get 2 hotdogs for only $6.50.

It you are bringing your pet tonights game, please fill out our waiver form | Pucks and Paws Waiver Release Form