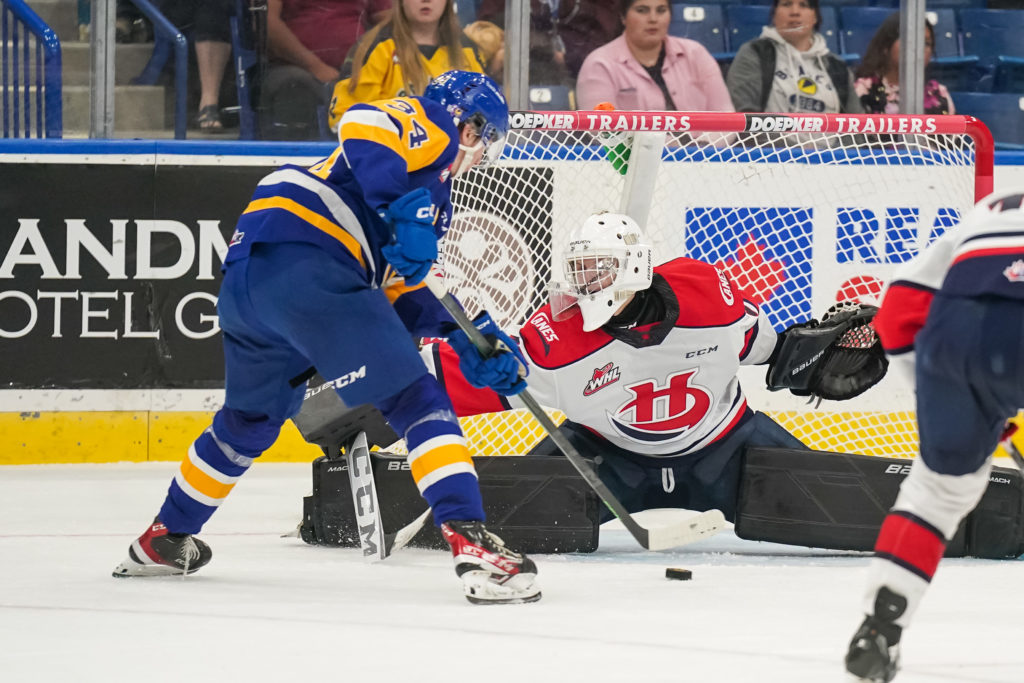 Saskatoon, SK – The Saskatoon Blades lost Tuesday night to the Lethbridge Hurricanes 3-1 at home. The Blades came into Tuesday nights contest with a perfect 3-0 record. 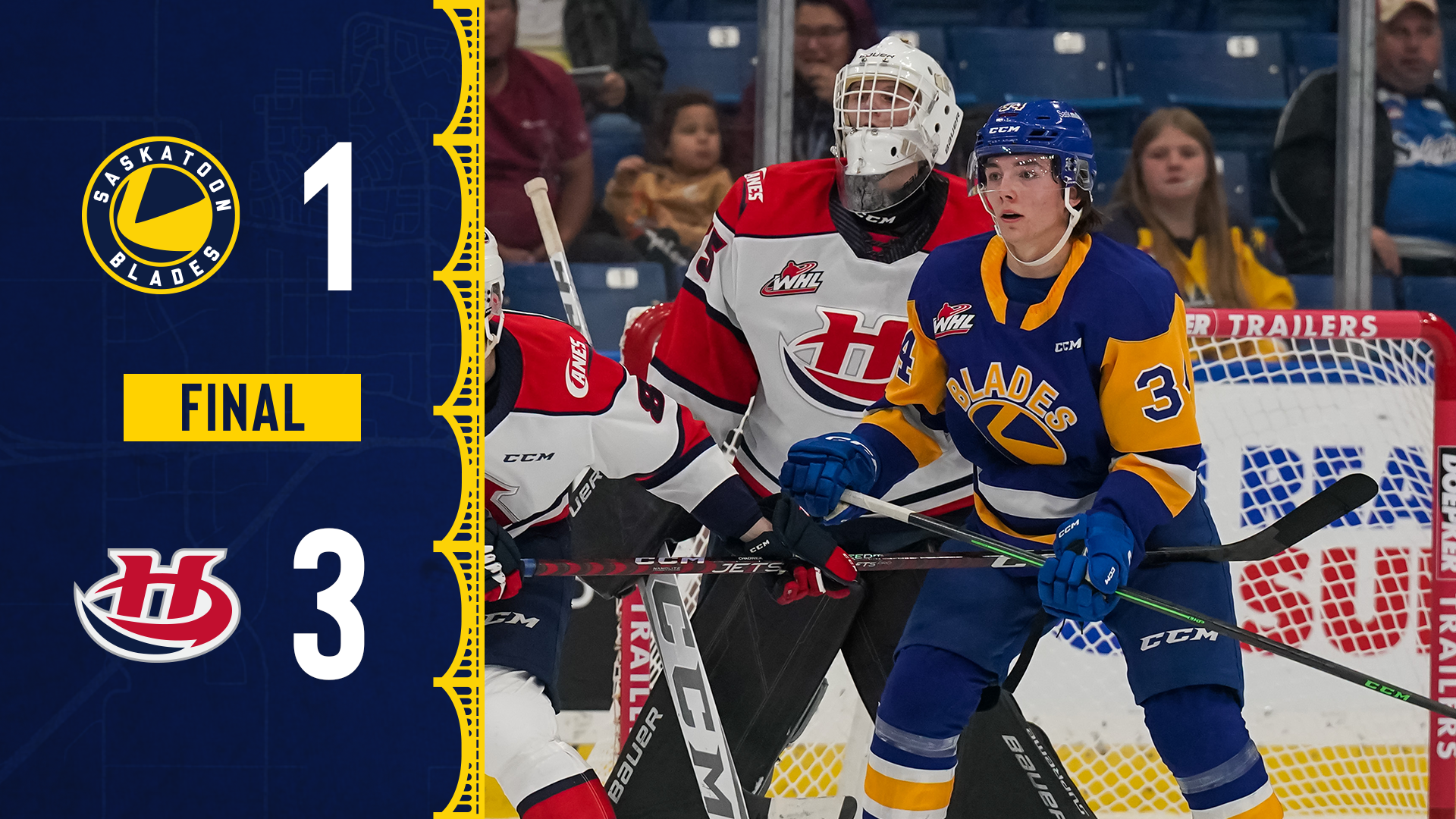 In the first period, the Blades were gifted two power plays that they were unable to capitalize on. The team did have good stretches in the first on the power play but simply could not get a lucky bounce. The score remained 0-0 heading into the second.

Egor Sidorov would score the lone goal for the Blades, riffling a shot on the power play to pull the game back within two. The game would eventually end 3-1 after a scoreless third period.

The Blades are back on the ice Wednesday night against the Moose Jaw Warriors at the Moose Jaw Events Centre. Puck drop is scheduled for 7:00 pm and you can catch the game on WHL.ca or listen live on CJWW600 with the voice of the Blades Les Lazaruk. Pre-game show is set for 6:30 pm.