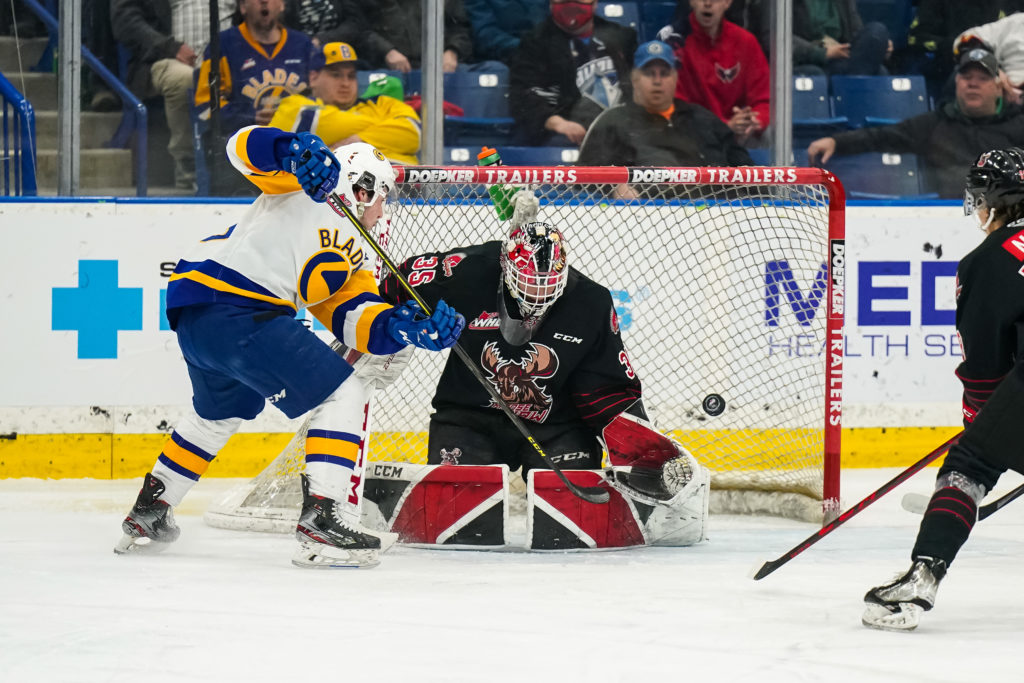 The Saskatoon Blades face elimination for a second consecutive game as they head to Moose Jaw to face the Warriors in Game 5.

The Blades are coming off a critical 5-3 victory to stay alive in Game 4 on Wednesday, led by alternate captain Rhett Rhinehart’s two-point performance, and a 32 save night from Nolan Maier.

It was do-or-die Wednesday; now the Blades are hoping to come away with another victory to force Game 6 at SaskTel Centre tomorrow.

Moose Jaw rattled off three straight wins to open the series, including back-to-back victories on home ice last weekend, and a 3-2 overtime win in Game 3 in Saskatoon.

If necessary, Game 7 will take place at Mosaic Place next Tuesday.

Alternate captain Rhett Rhinehart is playing out his final games in the WHL, and is coming off a two-point performance Wednesday night in Saskatoon. The lumbering defender notched his first career playoff goal midway through the third period; the eventual game winner, to send the series back to Moose Jaw. The 6-foot-4 workhorse is up to four goals in four playoff games.

Strength of a Rhino behind this one 🚨🎯 pic.twitter.com/GDmtEsgRl5

Alternate captain Kyle Crnkovic notched a pair of goals in Saskatoon’s Game 4 victory, including a timely marker late in the first to give the Blades a 2-0 lead. The 2002-born winger is up to four points this series, and is coming off a sensational regular season capturing 94 points in 68 games.

Draft-eligible forward Brandon Lisowsky sits tied for the team-lead in scoring with four points (3G-1A) in the playoffs. The former first-round pick by Saskatoon recorded his first two career playoff goals in Saskatoon’s most recent trip to Moose Jaw. Ranked inside the top 90 in NHL Central Scouting’s midterm rankings, the Port Coquitlam, BC product recorded 33 goals in 68 regular-season games this year.

Can’t make the trip down to Moose Jaw? Enjoy the next best thing — the Blades Official Viewing Party, taking place at Wendel Clark’s Classic Grill and Shoeless Joe’s Sports Bar! Both venues are hosting viewing parties for each and every Blades playoff game on the road!

Come out and cheer on the Blades with fellow fans and enjoy the great gameday specials each restaurant has to offer. 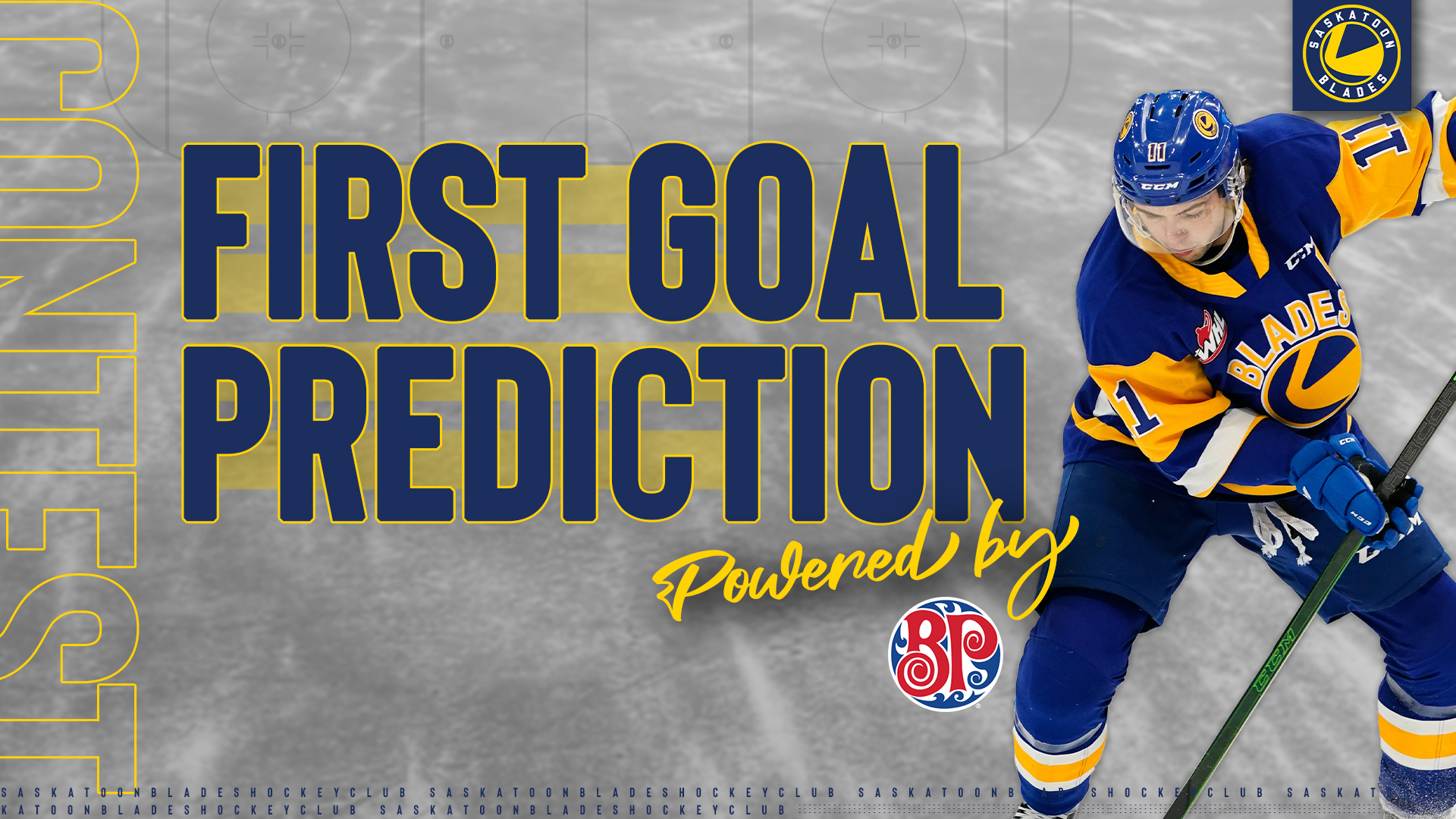