GAME 5 PREVIEW | Blades travel south to take on the Warriors 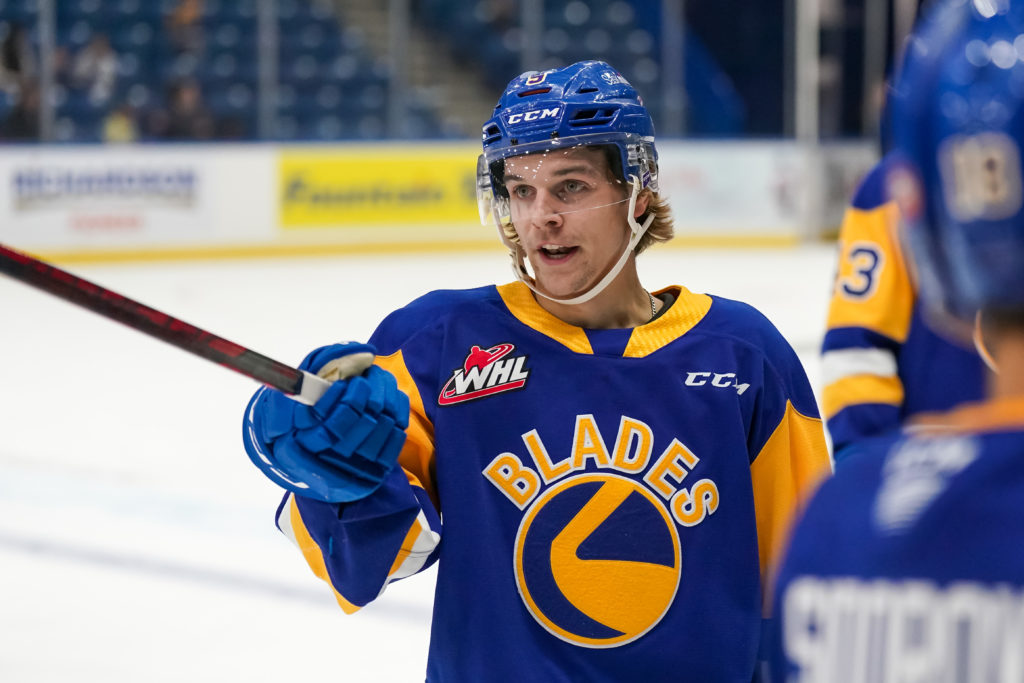 Tonight: The Saskatoon Blades are in Moose Jaw tonight to take on the Warriors. The Blades played last night against the Hurricanes coming up short 3-1 in their first loss of the regular season. Moose Jaw comes into tonight’s game with a 2-2-0-0 record, after falling to the Wheat Kings in Brandon on Saturday. The Blades now sit at 3-1-0-0 on the season.

Revenge: The teams last met in the 2022 WHL playoffs, when the Warriors won 4-1 in the series. The Blades will be looking to bounce back after last night, and there will be some added motivation against the Warriors, after they eliminated the Blades last season.

Sid the Kid: Egor Sidorov continued his hot start, scoring the lone goal for the Blades Tuesday, increasing his goal total to four goals in the three games he has featured in. The forward now has six points in those three games and will look to continue the production tonight.

Sid adds one for the Blades

Pocket 6’s: Both Brayden Yager and Egor Sidorov have six points apiece through the start of the season. Both are leading their teams in the points department, with Yager scoring one goal and five assists through four games.

Patience: Brandon Lisowsky has 20 shots in four games but has not found the back of the net yet this season. The forward has been dynamic and hasn’t gotten a bounce yet, but that could change soon. The forward is averaging five shots a game, which is second in the league, only behind Connor Bedard. Lisowsky’s persistence and high shot volume should translate to goals sooner rather than later.

Puck Drop is scheduled for 7:00 pm at the Moose Jaw Events Centre. You can catch the game on WHL.ca or listen live on CJWW600 with the voice of the Blades Les Lazaruk. Pre-game show is set for 6:30 pm.