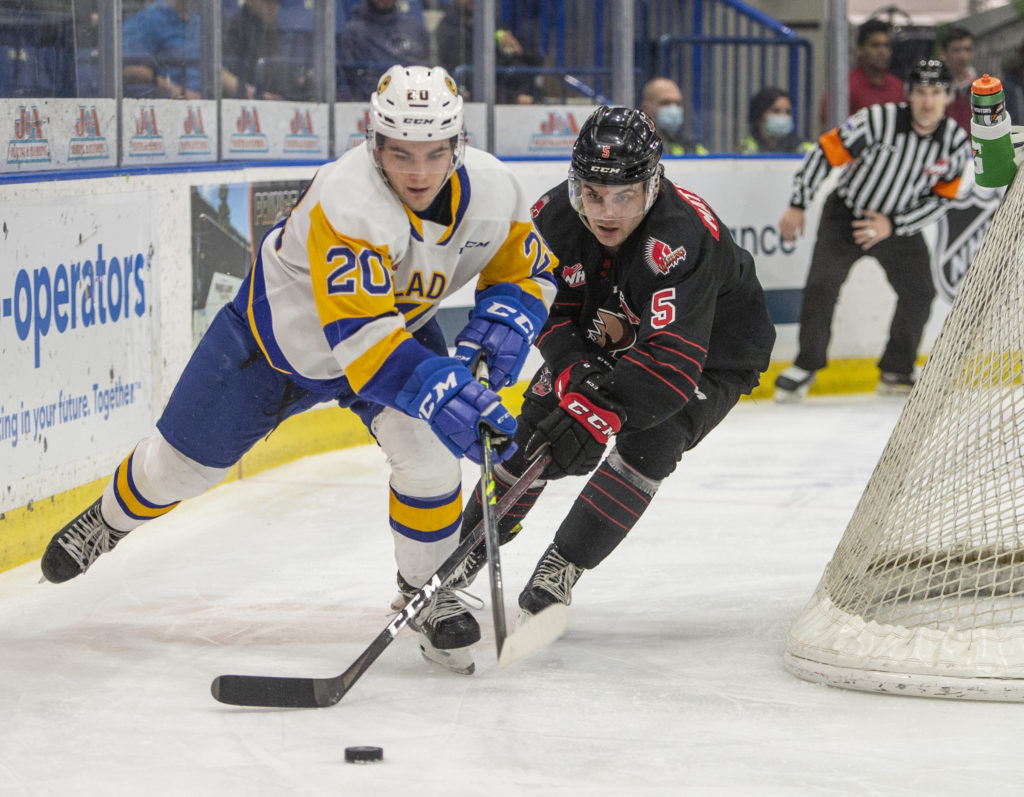 Moose Jaw, SK – The Saskatoon Blades were in Moose Jaw on Wednesday, falling to the Warriors 3-1. It was the second game in a busy schedule, where the Blades will play four games in six days.

In the first period, the Warriors would strike first, scoring five minutes into the contest on the power play. The Blades would even the shots up at nine a piece, but were unable to score leading into the second period.

In the second frame, Moose Jaw would add to the lead with a second goal, coming off a partial breakaway, making it 2-0 Warriors.

Roulette scores his first goal as a Blade and records his 50th WHL goal.#BladeCity pic.twitter.com/1UnuFyhSqM

Conner Roulette scored his 50th WHL goal and first as a Blade on Wednesday in the third period to cut the lead in half. Egor Sidorov took a long stretch feed from his own end, and would rifle the shot towards the net. Roulette, who was sitting back door would tap it in to make it 2-1. The Warriors would eventually put away an empty netter with 1:22 left in the third.

The Blades now travel to Brandon to take on the Wheat Kings on Friday. Puck drop is scheduled for 7:00 pm at Westoba Place.