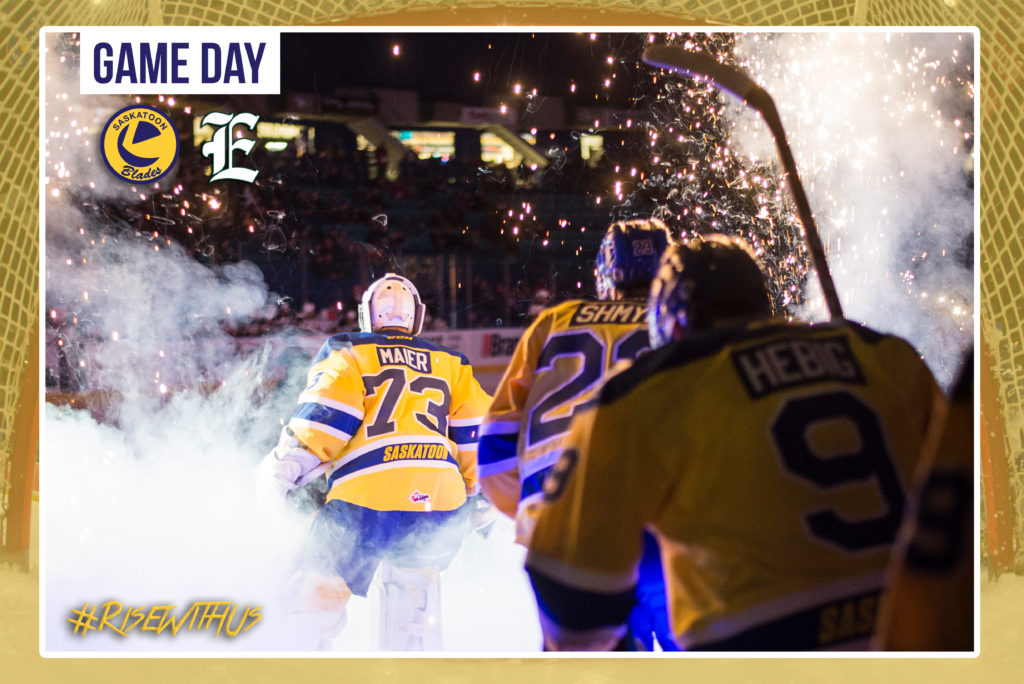 Tonight – The Saskatoon Blades continue their US road swing in Everett, Washington, paying a visit to the Silvertips. The Blades are 1-1 so far on the trip and come into tonight’s game 3-5-1-1 in their last 10. Meanwhile, the Tips are riding a 4 game winning streak and have went 7-2-0-1 in their last 10. It’s also the Silvertips “Teddy Bear Toss Night” so the Blades would love to play spoiler in more than one way.

The opponent – In case you haven’t heard the name Carter Hart, let’s just say he’s pretty darn good at stopping pucks. The 2nd round pick of the Philadelphia Flyers missed the month of October due to mono, and the team struggled in his absence going 4-7-1-0. Since his return, the Silvertips have clawed back into contention going 8-3-0-1, with Hart playing in 11 of those games posting a 8-2-0-1 record. Oh yeah, he was also named the CHL goaltender of the month posting a 7-2-0-1 record, 1.29 goals against average, .960 SV% and three shutouts in November. Not much reason to wonder why Everett boasts the best penalty kill in the entire league.

For Saskatoon – 1) Come out ready to play. The Blades have had 2 days off while the Tips played last night in Kamloops… that’s about 6 hour overnight bus ride home. Saskatoon has to take advantage of the weary group whether or not they have to face Carter Hart or rookie backup Dustin Wolf. 2) The power play has to find a way to execute. The turning point of the game on Wednesday in Spokane was when the Blades failed to capitalize on a 1:17 long 5-on-3 when the game was tied 2-2… the Chiefs kill gave them all the momentum and they never looked back in a 6-2 loss for the Blades. AND Everett has the best penalty kill in the WHL, so Saskatoon needs to find a way to break though.

The Lineup – Saskatoon’s 2017 5th overall pick in the Bantam Draft was called up to the team yesterday and is expected to make his WHL debut tonight. Aidan De La Gorgendiere plays with the Yale Hockey Academy of the Midget Prep CSSHL and has 2 goals, 9 assists, and 28 PIMs this season in 12 games.

Logan Christensen has been practicing with the Blades in full contact for close to a week now and we could see him draw back into the lineup tonight. Christensen has missed the last 20 games after suffering an injury in practice in early October.

An unfortunate collision on Wednesday in Spokane saw Blades forward Caleb Fantillo leave with a lower body injury. He has returned to Saskatoon to begin treatment and is expected to be on the sidelines for the next 6-8 weeks.