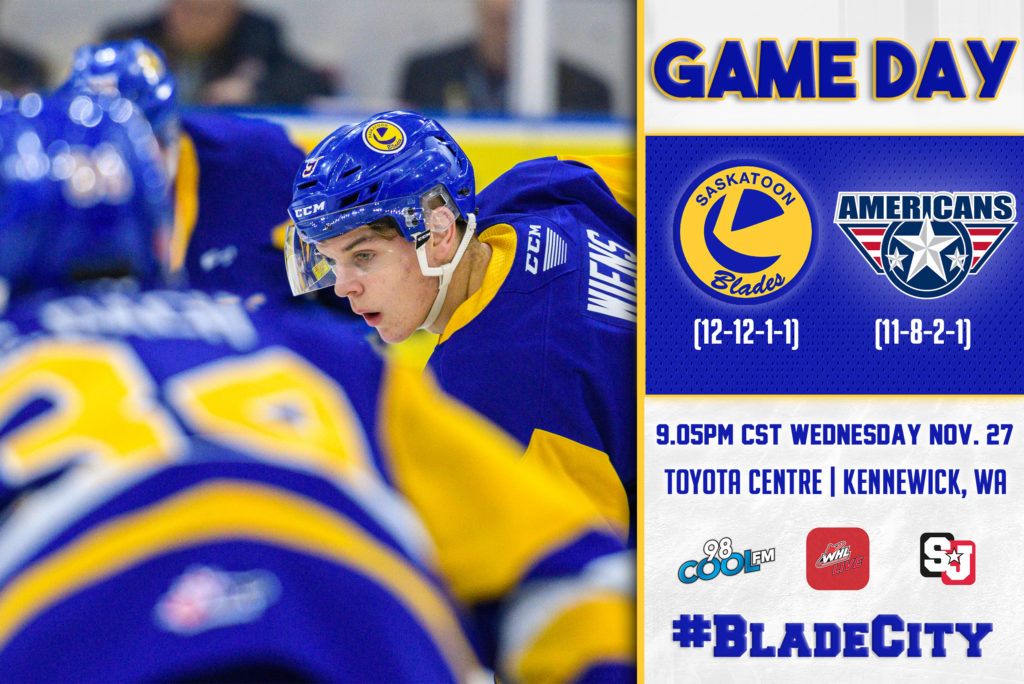 Last time they met: These teams last met in Saskatoon on November 17th last year, with the Blades emerging 5-3 victors. The Americans were up 3-2 at the 10:13 mark of the third period courtesy of Parker AuCoin’s 12th goal of the year before the Blades snapped into action through two goals by Eric Florchuk, and another by Randen Schmidt, within a span of 3:41 for the comeback victory.

What it means for Saskatoon: After a grind of a U.S Division road trip, the Blades are still winless in the States. A win tonight would mean salvaging an important two road points as well as potentially igniting the fire for the boys to turn their recent fortunes around.

The stat: 11 –  Matej Toman won 11 of 14 face-offs he took in the Blades’ most recent game against Portland. Since joining the Blades’ on November 23rd, Toman has continued his success at the face-off dot and between him and Chase Wouters, Saskatoon can often expect to find themselves with the puck first following a stoppage of play.

The match-up: Blades vs. Penalty Box – Discipline has been a bit of a theme for the Blades this year, and just when it appeared to be under control, it’s come back to haunt them on this U.S. road trip. Over their past four games, Saskatoon have averaged five penalties per game and given up at least one power play goal. Conversely, they have just one power play goal of their own in those games. If the Blades’ can stay out of the box against the Americans, who currently have the 7th best power play in the league, it’ll go a long way toward the Blades’ nabbing two points in their final U.S. division game.

It’s a big night for: Kjell “Moose” Kjemhus – Moose plays in his 100th Western Hockey League career game tonight at the young age of 18. Kjemhus’ work ethic and upbeat attitude has quickly endeared him to his fellow teammates and Blades’ fans since arriving in Saskatoon via trade on September 16th. Congratulations Kjell! 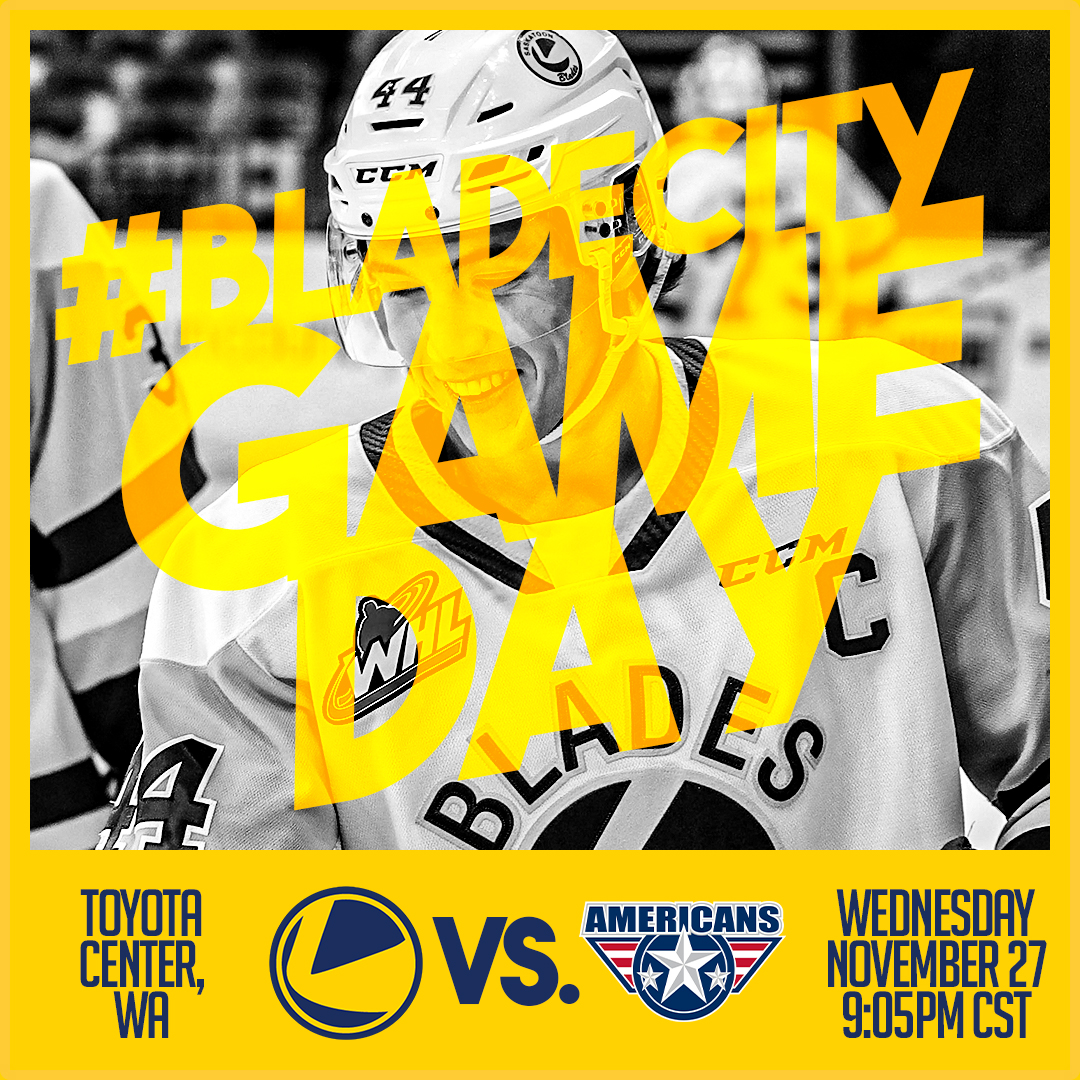