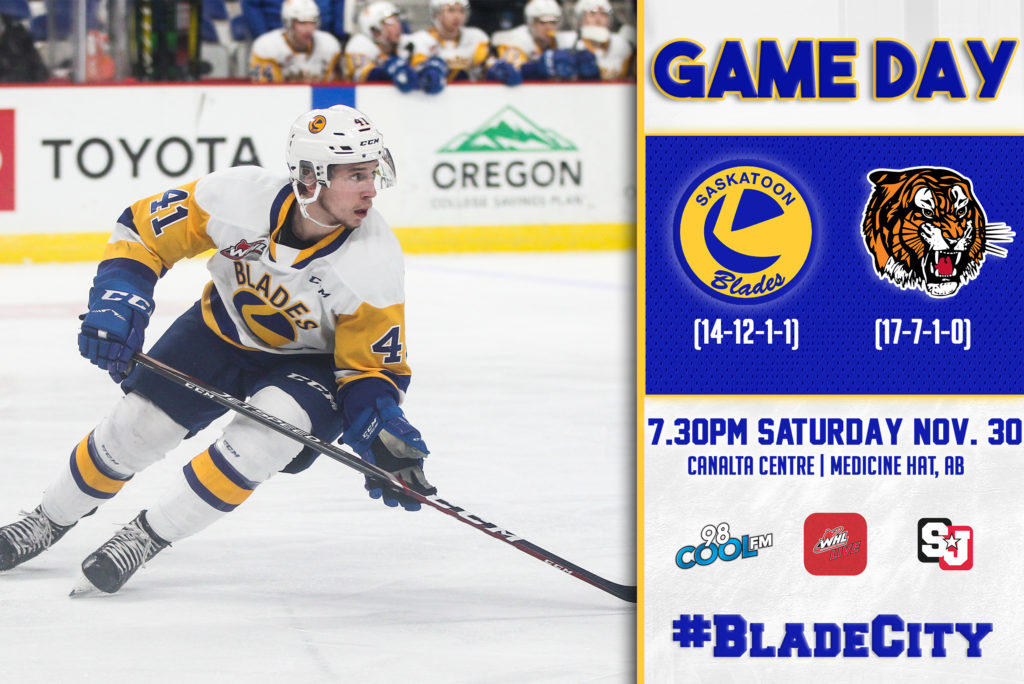 Last time they met: The Tigers and Blades have met once this season, in Medicine Hat where the home side prevailed 3-1. Nolan Maier made 48 saves in net while Zach Huber scored for Saskatoon, though it was the Tigers’ three goal second period that ultimately carried them to victory.

What it means for Saskatoon: Spoiling the Tigers’ Teddy Bear Toss & ending their trip with a three game winning streak going home after starting their seven game road trip 0-4-0-0.

The stat: 80 – the number of times the Tigers have been short-handed this season, the second least of any team that has played 25 games or more. Interestingly, once short handed they rank 17th in the league for penalty killing. If the Blades can keep out of the box themselves (Tigers rank 2nd in WHL for PPG) and take advantage of a weak Medicine Hat penalty kill, it could be the difference come the final buzzer against a very good five-on-five team.

The match-up: Top Line Battle – Medicine Hat’s top line of Hopwo-Hamblin-Preziuso have combined for 23 even strength goals. Blades’ heavyweights McKay-Wouters-Robins, amongst the rest of the team, will be tasked with shutting them down while not sacrificing their own offensive flair.

It’s a big night for: Aidan De La Gorgendiere – The draft eligible 02 D De La Gorgendiere has eight points in his last 11 games, including his first multi-point night in Lethbridge last night. The continuation of his recent consistent form would be welcomed by the Blades and noted by scouts. 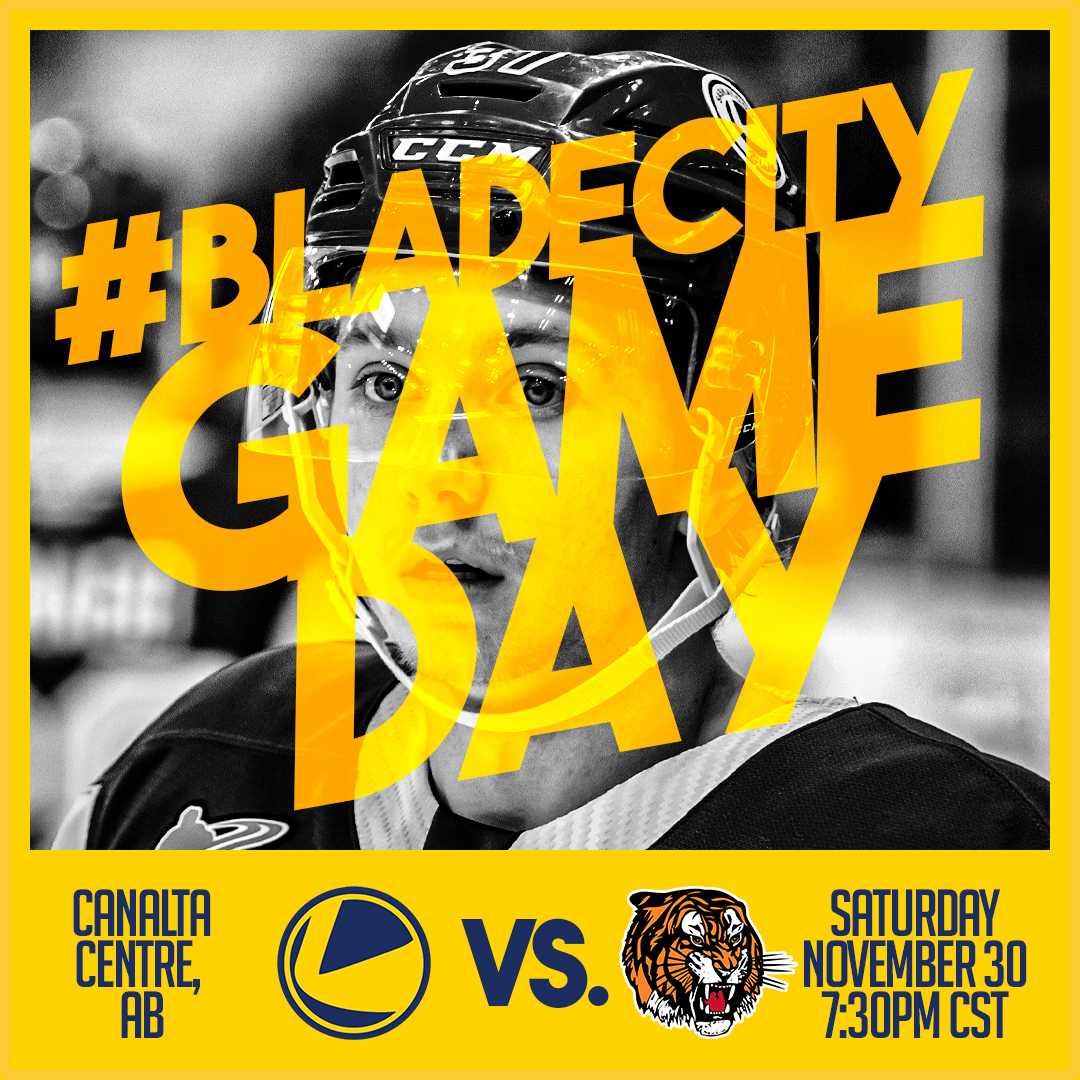