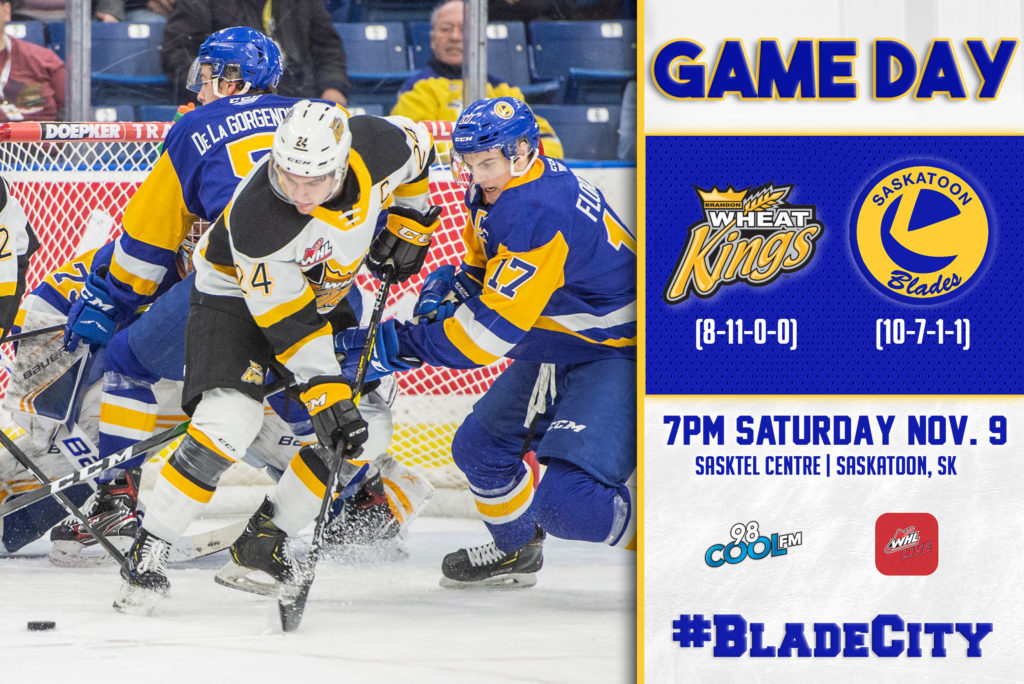 Last time they met: Despite both teams taking over 30 shots on goal the Blades edged the Wheat Kings 2-1 in a tense low scoring affair in Brandon on October 11th. Chase Wouters had the game winning goal with Eric Florchuk notching Saskatoon’s other goal. A vintage Nolan Maier performance saw him made 36 saves in the win.

What it means for Saskatoon: The game is the second of only four home games for the Blades in the month of November – cashing in as many points from home games is the objective right now before the team hits the road for its lengthiest road trip of the season.

That's Florchuk's 8th goal in his last 9 games while Toman now has his first multi-point night as a Blade. #BladeCity pic.twitter.com/ZE45MScgLl

The match-up: Saskatoon’s power play vs Brandon’s penalty kill – The Blades’ PP currently ranks 4th in the league while the Wheaties mirror that, having the 4th ranked PK unit. Given Saskatoon scored two of their goals with the man advantage last night, deciphering Brandon’s PK could be key in emerging with the victory.

It’s a big night for: Riley McKay – the veteran forward from Swan River hits the 200 game milestone for his WHL career tonight. McKay, who is tied for 1st in team’s point scoring race, has been held off the scoresheet 2 of his last 3 games – something that has only happened a total of 4 times this season. He could be due a big night for the occasion.

Salute our Forces: Get in your seats early as we pay tribute to Veterans & current Armed Forces members with a pre-game ceremony. 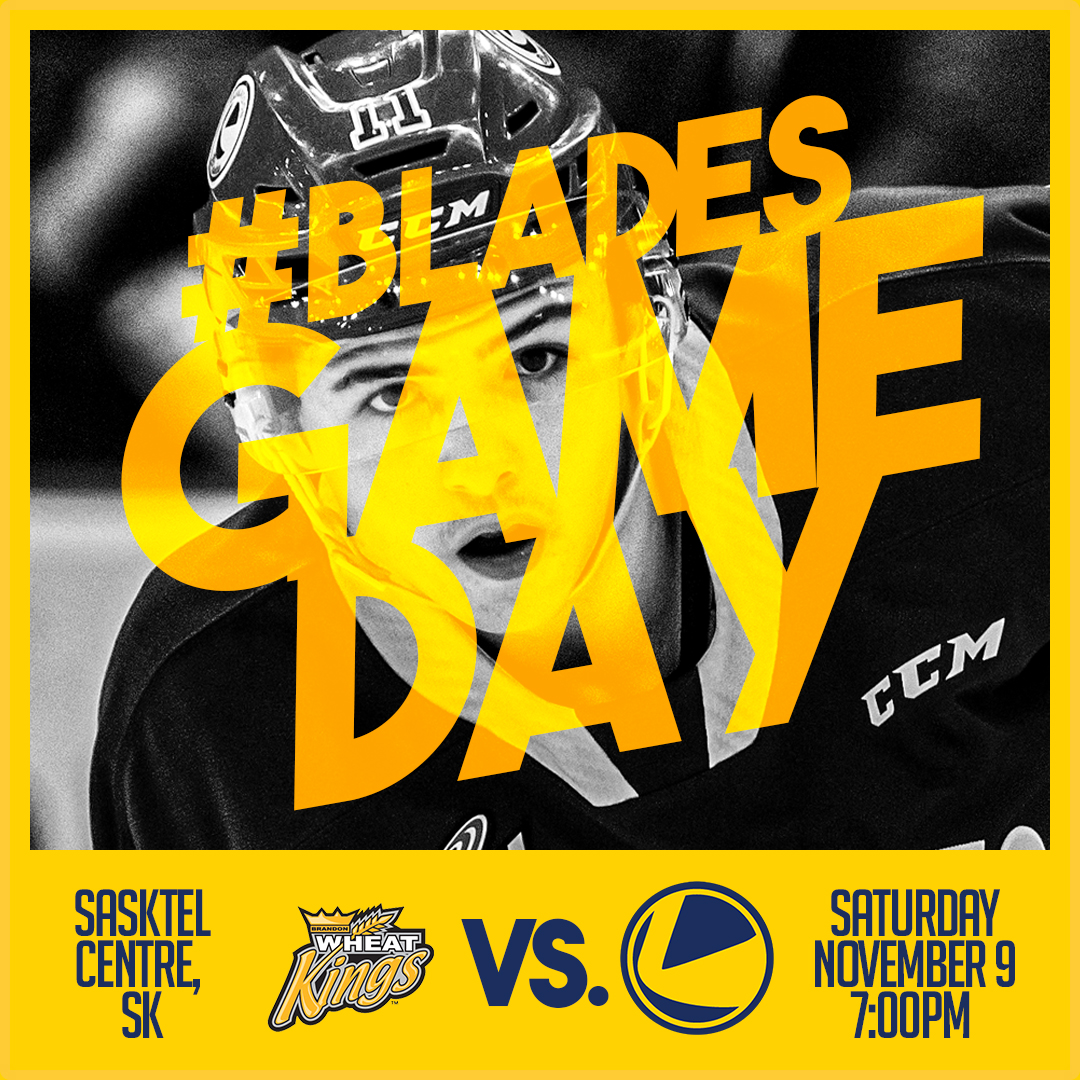