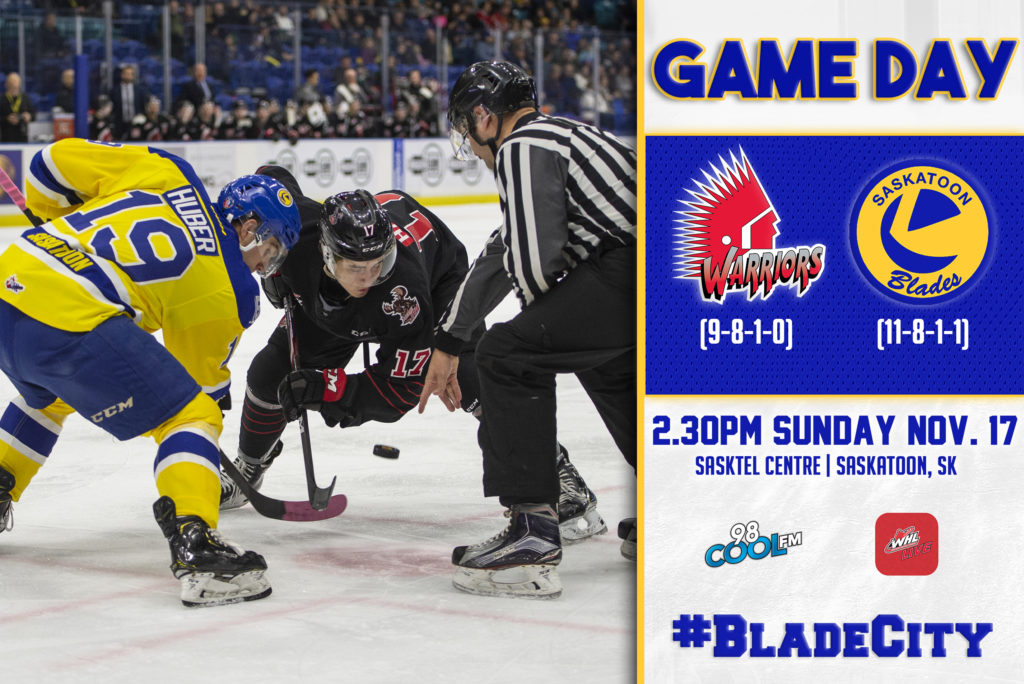 Last time they met: In their lone encounter of the season, the Warriors emerged victorious in a 5-4 overtime victory back in late October. Forwards Chase Wouters& Riley McKay each scored twice while Brayden Tracey had a hat-trick for Moose Jaw. Ryder Korczak scored the game winner just 28 seconds into OT.

What it means for Saskatoon: the last chance to have a win in front of fans in Saskatoon – after this afternoon’s game the Blades won’t be playing at home again until December 7th against the Kelowna Rockets.

The stat: 169 – the number of penalty minutes the Warriors have accumulated this season. Moose Jaw are the least penalized team in the league and as such Saskatoon must have a plan to win the game at even strength as man-advantage opportunities may be few and far between.

The match-up: Blades vs Penalty Box – last time these two teams played, the Blades were burned by the Warriors’ penalty kill as Brayden Tracey notched two of his three goals on the man advantage. Saskatoon’s penalty kill will need to be sharp, however it may be wiser to avoid the penalty box all together as Moose Jaw have the top ranked power play in the WHL, converting at 26.6%.

It’s a big night for: Aidan De La Gorgendiere – the young defensemen, who is listed as a ‘C’ grade for NHL Central Scouting’s 2020 ‘Players to Watch’ list, is currently riding a career-high four-game point streak (4A). With 8 points (1G-7A) in 21 games, De La Gorgendiere has already bested his stats set last season (5 assists in 47 games played).

Mosaic Family Skate Day: Fans are invited to bring their skates and hit the ice with the Blades after the game. 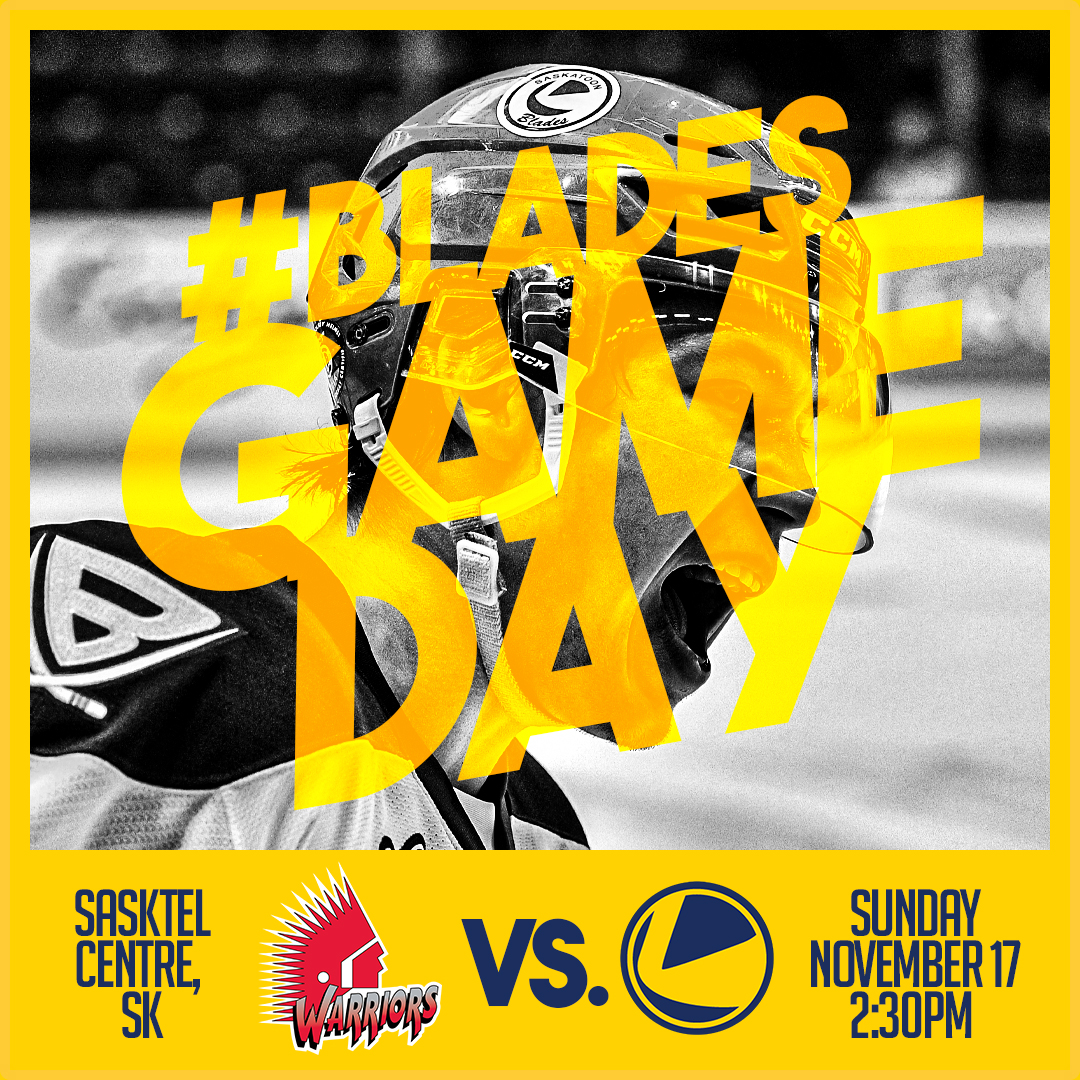