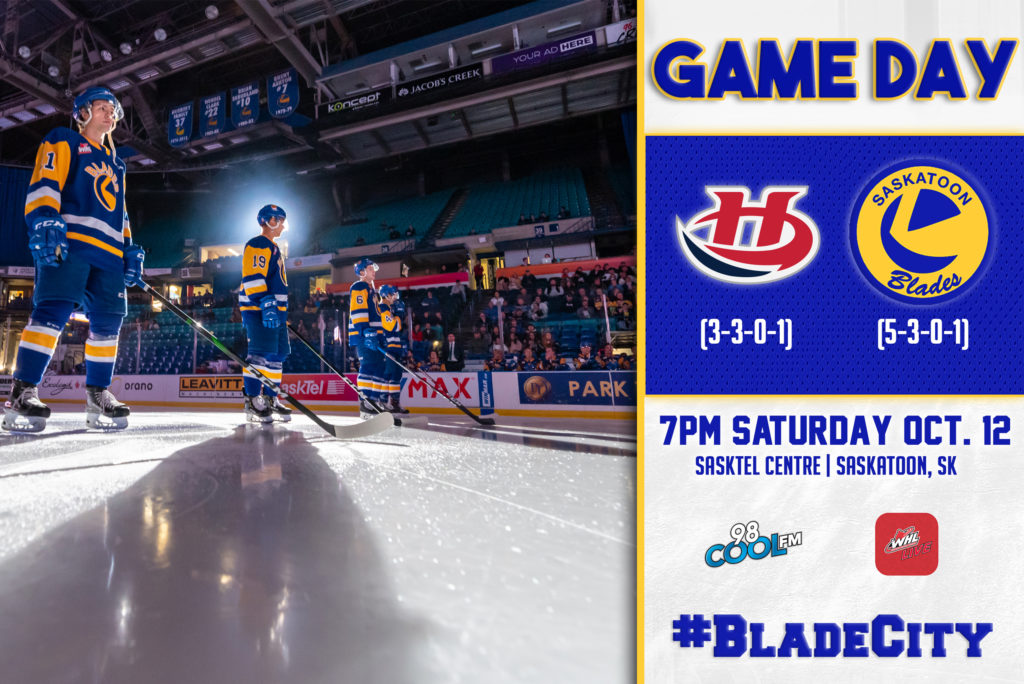 Last time they met: the Saskatoon Blades’ flipped a 2-1 deficit into a 3-2 victory in the final moments of the game in Lethbridge on October 2nd, with goals coming from Zach Huber, Jayden Wiens (career first) and Scott Walford. Rookie netminder Koen MacInnes earned the win in his first career start with 36 saves.

What it means for Saskatoon: The Blades have still only won once on home ice and this is their last game in front of their fans until October 25th – a win here is extra important to leave town on the right note.

The stat: 9. All 9 of the Blades’ games this season, win or lose, have been decided by one goal.

The match-up: the Saskatoon Blades vs the Penalty Box – the Blades have killed their last 16 penalties straight dating back to their most recent encounter with the Hurricanes – though on that night the ‘Canes struck twice before the streak began. Killing penalties is just a start, reducing the number being taken is another thing. Saskatoon had six penalties called against them versus the Brandon Wheat Kings last night – give up anywhere near that number against Lethbridge & Dylan Cozens and it’ll eventually cost you.

It’s a big night for: Chase Wouters. Wouters is in the midst of a face-off frenzy. Not only is that good for the Blades, it is also good for the Saskatoon Food Bank & Learning Centre and the thousands of families that depend on its services. Wouters has teamed up with Nutrien to have $10 donated for every face-off he wins during the 2019-20 regular season. Currently, Wouters leads the entire Western Hockey Leage in face-off wins with 132 which equals $1320 for donation. Win or lose, a big night at the face-off dot would be a sweet way to cap-off a night of community giving.

Nutrien Country Harvest Night: Fans are encouraged to bring non-perishable food items to the game for donation to the Saskatoon Food Bank & Learning Centre and those who donate will go in the draw to win prizes from Nutrien including tickets to the 2019 PBR Finals, tickets to country music concerts at SaskTel Centre and Blades’ tickets.

Plus get your spurs & bolo tie on as the best dressed cowgirl & cowboy in attendance will EACH win two Country Thunder weekend passes including a campsite. 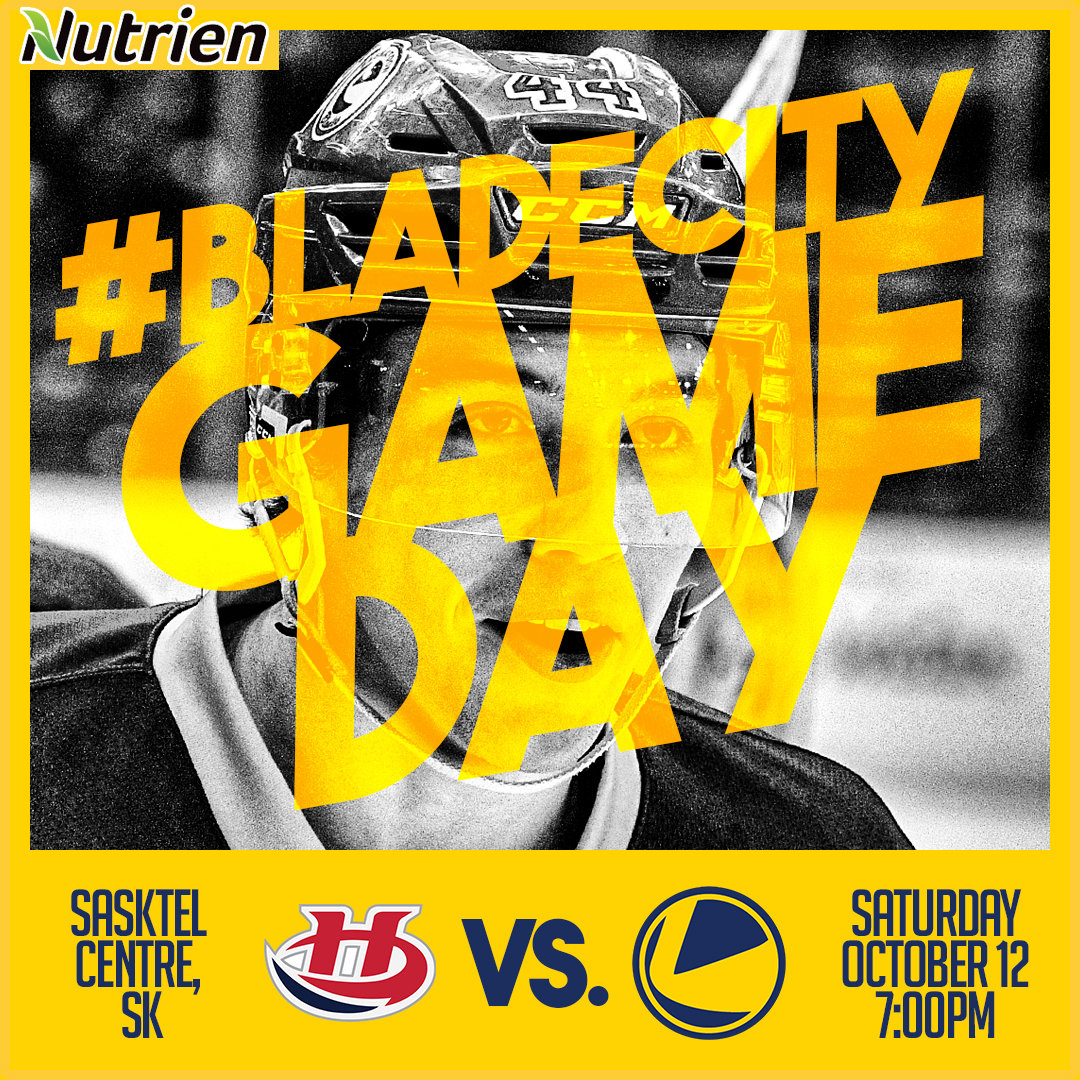 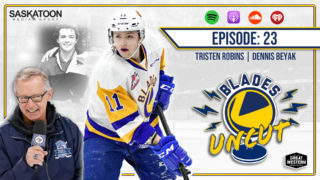