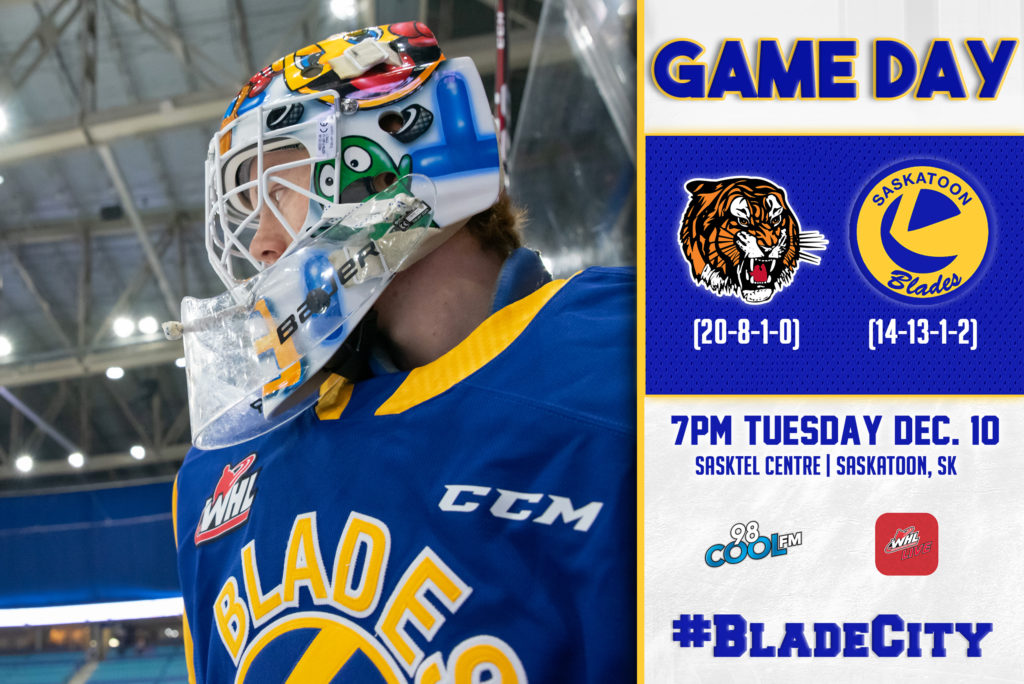 Last time they met: The Tigers took out the Blades 5-3 in Medicine Hat on November 30th. Saskatoon, at the end of a seven game road trip, held the lead going into the final frame courtesy of goals to Riley McKay, Kyle Crnkovic & Zach Huber. However, back-to-back-to-back goals within 93 seconds saw Medicine Hat charge back from behind to secure the win.

What it means for the Blades: Knocking off one of the top teams in the Eastern Conference and locking in a win at home before Christmas.

The stat: 97 – the number of shots Medicine Hat have taken against Saskatoon in two games. There is hope though, as the Blades have outshot their most recently two opponents at home. Perhaps SaskTel Centre will prove the difference in in the Blades’ fortunes against the Tigers.

The match-up: Blades’ Defence vs. Tigers Offense – with the Tigers’ penchant for taking scores of shots has followed a bounty of goals. Medicine Hat rank second in the league for goals scored with 118. It will be up the Blades’ blueliners (-Radek Kucerik, +Matt Sanders) to aid Nolan Maier‘s role in net by surpassing some of the Tigers’ belligerent attack.

It’s a big night for: Ryan Marsh – The Blades’ Associate Coach steps into the role of interim Head Coach with Mitch Love away attending his duties as Assistant Coach for Canada’s National Junior Team. Marsh has been coaching in the Western Hockey League since the 2014-15 season. Before joining the Blades prior to last season, Marsh coached for the Edmonton Oil Kings for four seasons between 2014 and 2018.

Toonie Tuesday: All pop drinks are $2, as is popcorn. Plus, when you buy one ticket for tonight’s game your second ticket is only $2. 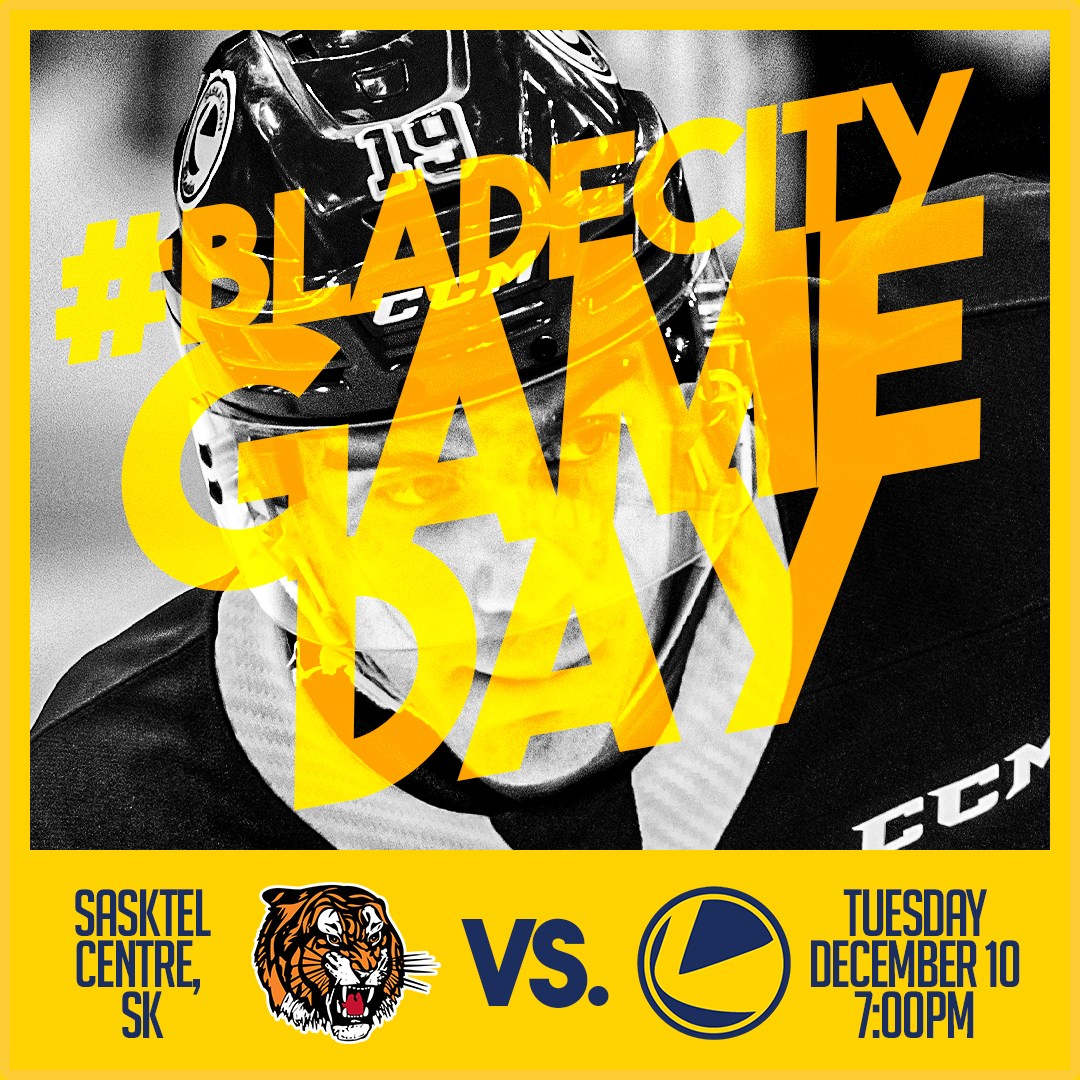